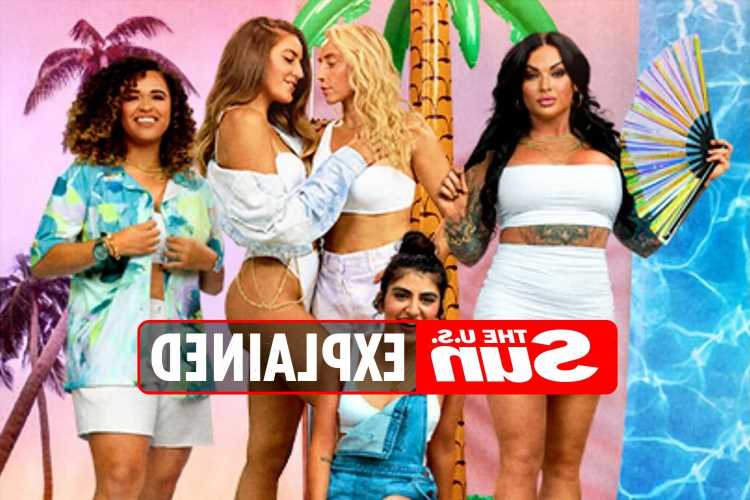 LESBIAN reality TV shows are far and few, but Amazon Prime Video is making waves in the LGBTQ+ scene with the new show Tampa Baes. 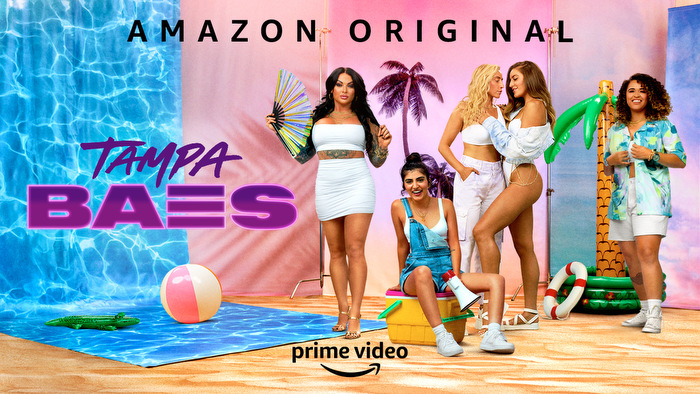 Who is in the cast of Tampa Baes?

The reality TV scene hasn't seen much lesbian focused content since The Real L Word aired its final episode in 2012.

The show's premise is that one of the women on the show, Cuppie, is returning back to Tampa after a long time away and is ready to get all of her friends back together again.

Filmed from April 2021 through June 2021, the show was shot during the time many businesses were beginning to reopen once the severity of the coronavirus pandemic lessened.

Tampa Baes takes a closer look at the lesbian scene in Tampa, Florida.

The baes consist of twelve friends:

The show also focuses on the battle to be the "it couple" between two couples: Marissa and Summer and Haley and Brianna.

Marissa works as a registered nurse and has been with girlfriend Summer since 2017.

Haley is a self-proclaimed entrepreneur as is stated on her Instagram page along with the titles "reality TV personality" and "producer." She has been with Brianna for almost nine years.

Brianna is a real estate agent in the Tampa area and also works flipping houses and investing. She is originally from the New York City and New Jersey area. 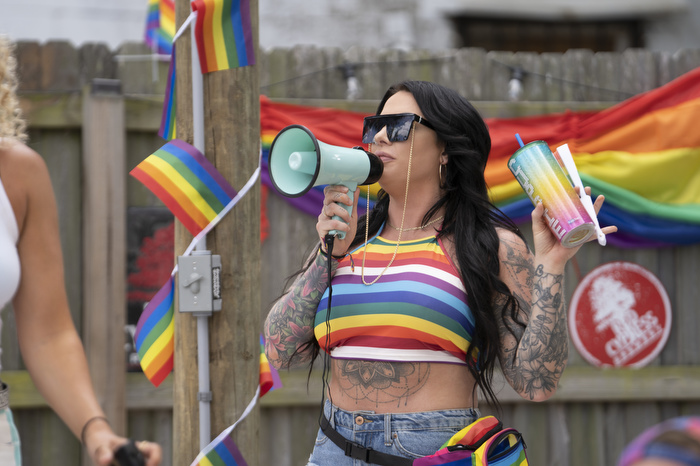 Nelly, another New Yorker, is from Queens and is an entrepreneur herself running her own eyebrow salon, Nelly's Brow Bar.

Shiva is the show's popular crush and many have taken to social media to express their admiration for the Iranian microbiologist. Pishdad has a Bachelor of Science in Biomedical Sciences from the University of South Florida and is also enrolled in a master’s program for Management Information Systems.

Jordan is the show's sweetheart as she is rarely in any drama and is often busy working as a traveling ICU nurse.

Cuppie, who leads us into the show and introduces us to the rest of the cast has worked as a trauma nurse, and is working as a bartender while she strives towards becoming a nurse practioner.

Melanie is an artist and is seen throughout the show working on murals and other art pieces, one that even includes Marissa and Summer.

Olivia works as a bartender and is the youngest one on the show, which is obvious from the trouble she is often getting herself into on the show.

Mack, also known as Sarah, is a podcaster who just released her own podcast on Spotify called Mackin N’ Florida. 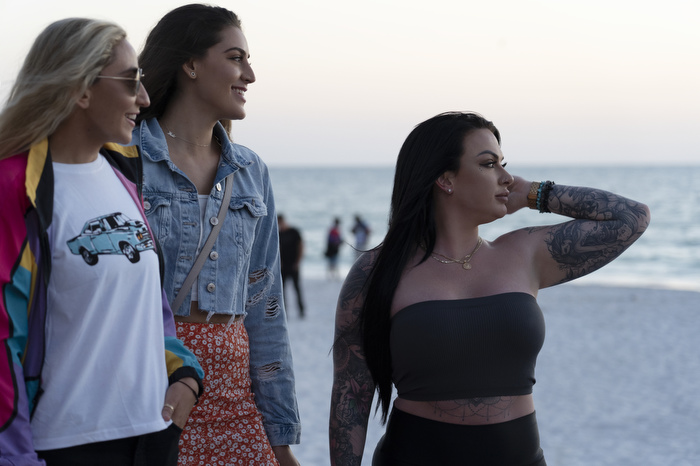 What are people saying about Tampa Baes?

Although the show has received some criticism for its lack of diversity, Shiva Pishdad spoke to the podcast Dyking Out in response saying, "We weren't casted, we're a group of friends and we've known each other for a long time so it's not like producers had an audition call, we were a group of friends."

Pishdad went on to explain how Haley and Brianna pitched the show to producers and explained how they were all an existing group of friends.

"It's impossible for us to represent the entire queer community in Tampa – we're all diverse in our own way," she said.

How many episodes is Tampa Baes?

Tampa Baes has a total of eight episodes on Amazon Prime Video and are each roughly 40 to 45 minutes long.

Season one aired on Nov. 5, 2021 and it has not yet been announced if there will be a season two of the lesbian reality show.