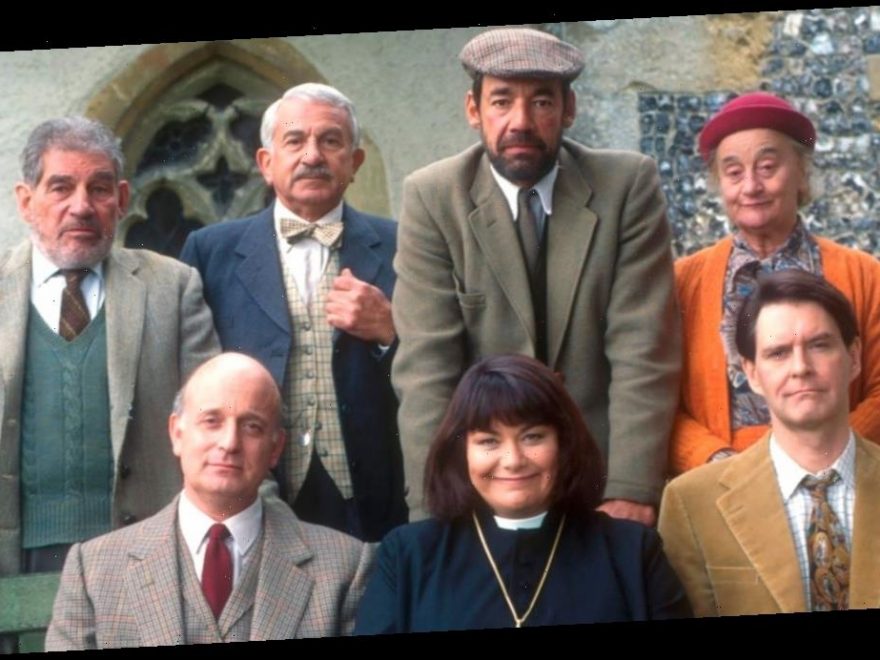 The Vicar of Dibley cast has been hit by some major tragedies since the iconic show ended, with multiple deaths and heartbreaking illnesses.

However the BBC delivered some good news last week when it was announced that Dawn French would be returning as Reverend Geraldine Granger in some brand new episodes this Christmas.

On top of that, the original series is being re-aired on BBC One, with the first ever episode going out tonight (Monday).

As millions of fans get ready to re-live their favourite moments and look forward to some new episodes, Daily Star is taking a look back at the cast and where they are now.

Dawn French is obviously the most recognised star of the show after playing the main character of Reverend Geraldine Granger.

The 63-year-old was married to comedian Lenny Henry when The Vicar of Dibley first aired, however they announced their split on April 6, 2010 before finalising their divorce later in the year.

She has now been married to charity executive Mark Bignell since 2013, after starting to date in 2011.

Dawn's career has been long and successful since her iconic role, also turning her hand to hosting work too.

She has been the presenter of ITV's Little Big Shots since 2017 and is slated to be a guest judge on the second season of RuPaul's Drag Race UK.

Dawn has starred in films including Harry Potter and the Prisoner of Azkaban and Absolutely Fabulous: The Movie, while also lending her voice to The Chronicles of Narnia, The Lion, the Witch and the Wardrobe and Coraline.

Away from the cameras, the British icon has been on a major journey with weight loss and started to shed the pounds in 2011.

She explained in 2014 it was so she could have keyhole surgery for a hysterectomy following a troubling cancer scare.

But, speaking on her podcast French and Saunders: T**ting About, Dawn said she is "back to being an entire barrel" but "doesn't give a f***" after losing seven-and-a-half stone previously.

She said: "I'm not going to stingy to myself anymore. I never did dislike anything about my body, even when I was very, very fat. I refuse to be forced to dislike myself."

Gary Waldhorn played David Horton in every episode of The Vicar of Dibley as well as the specials.

According to IMDB, his most recent on-screen credit – other than a Vicar of Dibley Comic Relief special in 2013 – was as Donald Stern in Hotel Babylon in 2008.

The 77-year-old has starred in a number of classic television shows over the years including The Bill, Heartbeat, The Sweeney and Lovehoy.

The late Roger Lloyd-Pack featured as Owen Newitt in also 20 episodes of the original Vicar of Dibley series.

He was also known for playing Trigger in Only Fools and Horses between 1981 and 2003.

Younger fans will recognise him as Bart Crouch Sr. in Harry Potter and the Goblet Fire, as well as for his role in Doctor Who as John Lumic.

In 2008, Roger said he would have entered the psychiatry industry "or something in the psycho world" as he'd "always been interested in that" – however he also suggested he would have explored photography or music.

His funeral was attended by the likes of Sir David Jason, Nicholas Lyndhurst, John Challis and Sue Holderness.

The same year, the Sport Relief special of Only Fools and Horses was dedicated to him in his memory.

Trevor Peacock played Jim Trott in The Vicar of Dibley in all 20 episodes.

The 89-year-old enjoyed a varied career, which included appearances in Last of The Summer Wine, Hotel Babylon, My Family, Jonathan Creek and in EastEnders as Sid, an acquaintance of Alfie Moon.

Sadly, Trevor was diagnosed with dementia in 2009 and in 2017 it was reported that his illness had advanced and he had retired from acting.

His final acting career had been in the 2015 Vicar of Dibley Comic Relief special.

It was reported that he was living in a nursing home in Yeovil.

John Bluthall, born Isaac, played Frank Pickle in all 20 of the original Vicar of Dibley episodes.

He was born in Poland to a Jewish family but emigrated to Australia due to anti-Semitism in the country at the time.

After travelling to the UK and getting a taste for acting, he enjoyed a long career on television and in film.

He appeared in Casualty, Last of the Summer Wine and Jonathan Creek among others.

John's final television credit was in Spirited, in which he played Rocco in six episodes.

That Christmas time, the 1996 episode of Vicar of Dibley – The Christmas Lunch Incident – was aired with a message in tribute at the end.

James Fleet starred as Hugo Horton in The Vicar of Dibley's 20-episode run.

The 68-year-old went on to have a successful acting career on stage, radio, television and film.

In recent years, James has starred in The Spy Who Dumped Me, Belgravia and Outlander, as well as countless others.

The actor lives in Oxfordshire with his wife Jane Booker and their son.

Like James, Jane is also an actor, having made appearances in Inspector Morse, Coronation Street, Midsomer Murders and Finding Neverland, among many more.

Emma Chambers played Alice Horton in The Vicar of Dibley, appearing in all 20 episodes.

She was known for other roles too, including as Honey in the classic film Notting Hill.

Five days later, the 1998 Vicar of Dibley episode Love and Marriage was aired on BBC One in her memory.

On what would have been her 54th birthday on March 11 the same year, TV channel Gold remembered her with a Vicar of Dibley day.

There are countless other famous faces who appeared in The Vicar of Dibley over the years in smaller roles too.

Peter Capaldi played Tristan Campbell in two episodes and went on to play The Doctor in Doctor Who.

Hugh Bonnevile, Mel Giedroyc, Miranda Hart and Alistair McGowan are also among those who made guest appearances.

Meanwhile, Kylie Minogue, Jeremy Paxman, Darcey Bussell and Sean Bean appeared as themselves on the show.