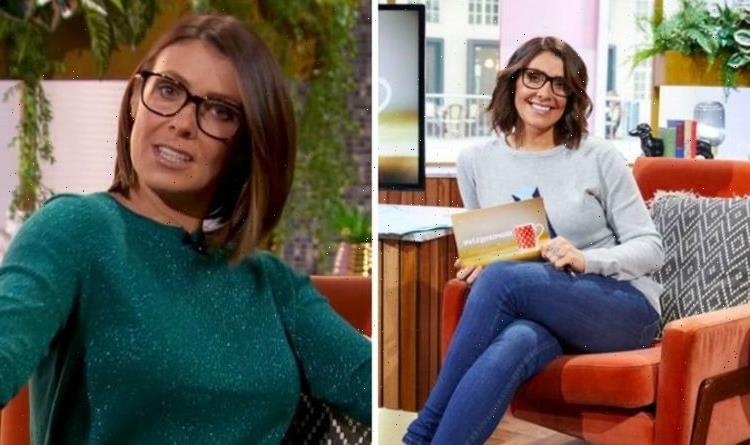 Morning Live has seen former Coronation Street actress Kym Marsh on its sofas for several years. That was until this summer, as Kym has been absent from the show for months. Viewers have been wondering why the star isn’t on the BBC’s Morning Live.

Where is Kym Marsh from Morning Live?

The last time Kym was seen on the morning news show was June 28 and now after several months off, fans are starting to question where the presenter is.

As Morning Live often has three-week intervals off screens, it has only been recently when viewers realised just how long it had been since Kym was seen on the sofa.

Marsh has been given an extended leave of absence from the show, initially due to her son David testing positive for COVID-19 in early July.

The requirement is to remain isolated for 10 days, meaning Kym should have returned soon after.

Sadly, the presenter’s father, Dave Marsh, was diagnosed with terminal prostate cancer, something Kym opened up about on Morning Live back in June.

Marsh has decided to take time off work to help look after her father after receiving the devastating news.

Express.co.uk reached out to the BBC for comment, which stated: “Kym has taken some time off to spend time with her family.”

Now 76, Dave told The Sun back in June that he hopes to still be able to walk his daughter down the aisle.

Kym got engaged to her boyfriend Scott Ratcliff in early June after being together for three years.

Dave said: “My biggest hope is the treatment keeps working and gives me more time with my family. I want to be fit and well enough to walk Kym down the aisle after she recently got engaged.

“It’s something to look forward to and making sure I’m there means the world to me.

“I’ve been very lucky because I have a wonderful family who support me, and that’s a huge help.”

Marsh also thanked the NHS for all their hard work and everything they have done for her and her family.

“They got me through the most horrendous experience of my life when my son Archie passed away just minutes after being born in February 2009.

“Even when the doctors and nurses knew there wasn’t any hope of saving his life they never stopped giving their all to care for me, both physically and mentally.”

Viewers worried that Kym’s will not be back on Morning Live can rest assured, the star will return to the sofa.

For the time being, Kym’s replacement has been Strictly Come Dancing’s Janette Manrara.

Manrara was also recently announced to be taking over presenting duties on Strictly: It Takes Two, after Zoe Ball retired from the show.

She has been presenting Morning Live since July 5 and will remain in place until Kym’s return.

There is no indication of when Kym will come back to the show.

Morning Live airs at 9.15am on weekdays on BBC One.