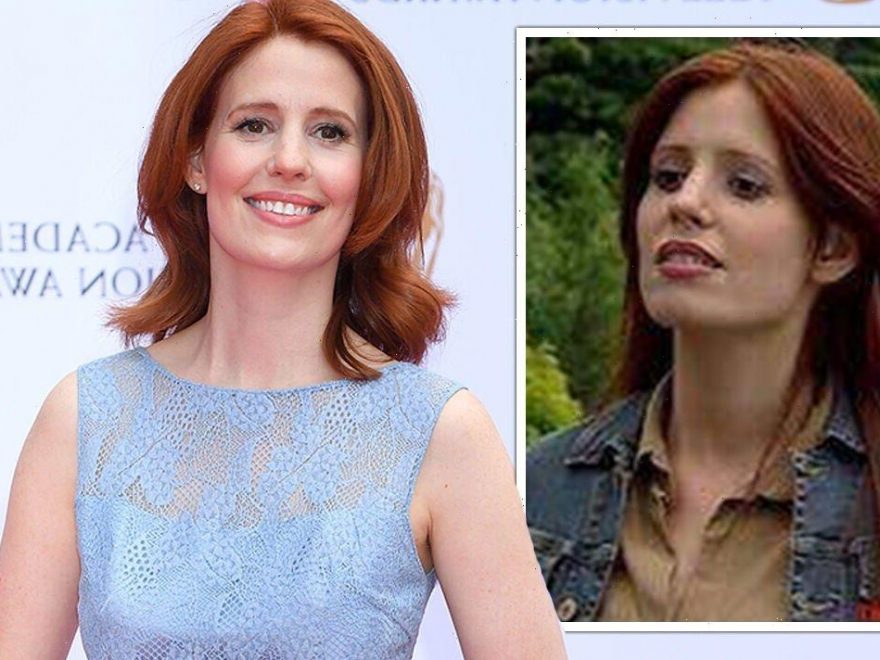 Emmerdale: Nicola gets knocked to the ground in violent attack

Emmerdale continues to be a staple in ITV’s evening schedule and the soap has seen many characters come and go over the years. Amy Nuttall joined the cast as Chloe Atkinson in 2000 and she quit the show in order to pursue a singing career. Express.co.uk has all you need to know about where the star is now.

She went on to have an affair with the bad boy’s best friend, Syd Woolfe (Nathan Gladwell).

The troublemaker left the soap after she was forced to move out of the village.

She had been looking after Zoe Tate’s (Leah Bracknell) daughter Jean (Megan Pearson), who fell and hurt herself whilst Chloe was not paying attention.

Not wanting to go to the hospital, Chloe hid Jean’s injuries.

In August 2004 it was announced actress Nuttall was leaving the soap to focus on singing.

The actress is now 40 years old and she is married with children.

The star tied the knot with her husband Andrew Buchan, who is also an actor, in 2012.

Since leaving Emmerdale, she starred in TV hits such as Downton Abbey and Death in Paradise.

Her most recent role was as Sylvia Bassington-ffrench in the series Why Didn’t They Ask Evans?

On Twitter in April 2022 she said: “Was so giddy and thrilled to be a part of (the rather wonderful) @hughlaurie‘s #wdtae @BritBox_UK which I believe is available as of today! Do enjoy.”

Viewers may have also recognised her from the second season of All Creatures Great and Small.

The actress played Phillys Dalby in the Channel 5 family drama in 2021.

She announced her departure from Emmerdale after singing in front of 35,000 football fans at Manchester United’s home ground, Old Trafford, during the Vodaphone Cup.

The star had wanted a career in both music and acting, but the filming schedule did not leave time for both.

At the time she told The Sun: “The decision to leave is something I have been thinking about for a long time.

“I will have been playing Chloe for four years this Christmas and although Emmerdale has been a fantastic experience, I feel that it’s time for something new.”

As for her singing career, she has sung at the Royal Albert Hall and the Royal Festival Hall.

In 2005, she released her début album as a Classical vocalist, Best Days.

In the same year, she played Eliza Doolittle in the musical My Fair Lady and toured the UK.

From this, it seems the actress was right to follow her heart and pursue her passion for music.

She is still acting today and will star in an upcoming project called After the War, which is in pre-production.