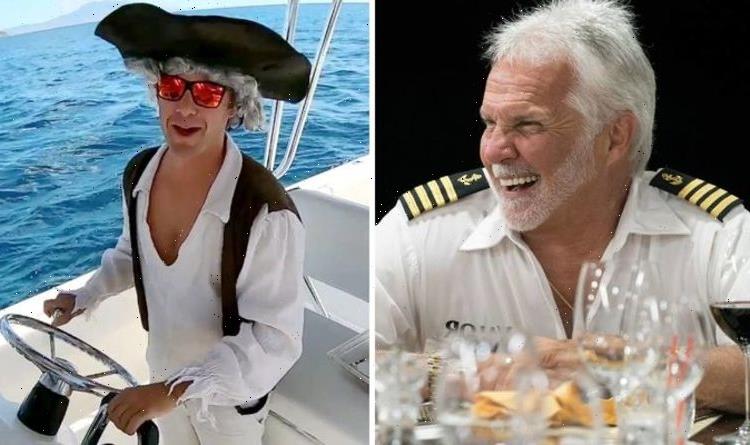 A dramatic look at Below Deck season 9 preview

Below Deck hasn’t been on our screens for almost a year but the wait is nearly over as the new series is due to begin. The hit Bravo series has followed luxury yachts and their crews around the world and will be at it again for season nine. Express.co.uk has everything you need to know about the filming of Below Deck’s latest series.

Where is Below Deck season 9 filmed?

This time around, the Below Deck team will be travelling to the Caribbean.

Season nine filming took place on the beautiful island of St Kitts which is the larger of the two islands which make up the nation of Saint Kitts and Nevis.

St Kitts is located in the West Indies and is often a prime location for superyachts during the winter months.

Fans of Below Deck should expect plenty of stunning scenery this time around.

St Kitts is known for its cloud-shrouded mountains and beaches.

The island is also dominated by the dormant Mount Liamuiga volcano, a crater lake, rainforest and the home to green vervet monkeys.

The Below Deck team are filming just a stone’s throw away from where series eight took place.

Captain Lee Rosbach and his crew were previously in Antigua which is just 104km away from St Kitts.

What yacht are they on in Below Deck season 9?

A very familiar superyacht will star in the latest season of Below Deck.

The crew will be living and working onboard My Seanna which was used both for series six and season eight.

Unfortunately, this is most likely the last time the yacht will be on Below Deck as it 56.4 metre Delta Marine motor yacht was sold.

There will be a major change this time around when series nine does start.

When the season does kick off, Captain Lee is not going to be in charge as he will be temporarily replaced.

Filling in his shoes will be notoriously tough taskmaster Captain Sean Meagher.

There is no need to worry though as Captain Lee will be returning to his rightful position later on in the show.

Captain Lee won’t be the only familiar face on board as chef Rachel Hargrove and first mate Eddie Lucas will return as well.

The rest of the team will be made up of new faces like with previous seasons.

The stars of this series will be chief stew Heather Chase, stewardess Jessica Albert and steward Fraser Orlander.

They will be joined by deckhands Wes O’Dell, Rayna Lindsay and Jake Foulger.

Below Deck season 9 starts on Monday, October 25, at 9pm on Bravo.