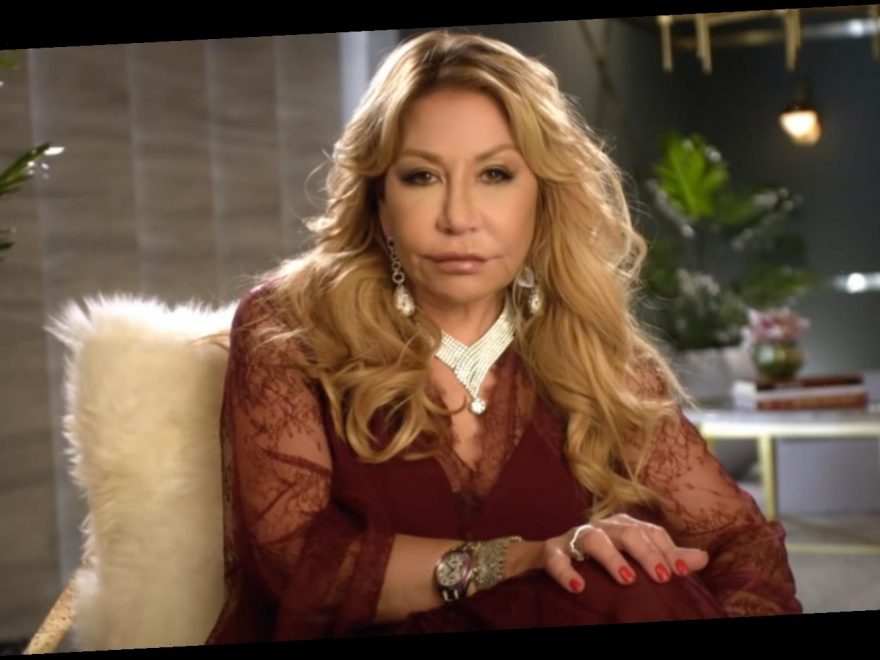 Bling Empire fans want to know more about everyone involved with the show: Was the cast a friend group before filming Bling Empire, or were they put together for the show? (Answer: They’ve been friends for years.) But how are they so rich, particularly Anna Shay? She hosted most of the major events throughout Season 1, a trend that will hopefully continue if the show gets a second season. The matriarch of the series is an impeccable host, and a lot of that stems from her mansion, which she takes a lot of pride in.

Per Town & Country, Anna’s first scene on Bling Empire involved her using a sledgehammer to perform her own renovations in her closet. Bling Empire producer Jeff Jenkins said Anna couldn’t renovate her Beverly Hills home without leaving the property, which would be difficult since she has nine golden retrievers. As a result, she decided to compromise, doing some of the home modifications herself. The producer divulged, “Every time I would go over to her house, a little bit more demo has taken place.”

Aside from serving as the perfect location for events, Anna’s mansion may be haunted — at least according to Anna’s co-star Kim Lee, who took it upon herself to sage the place and rifle through Anna’s belongings, which included a penis pump. In addition to the home’s recent reality TV antics, the estate has a lot of history. It even dates back to 1926, and involves some pretty major names.

Anna Shay's multi-million dollar mansion has ties to the mob

In December 2020, Variety reported that Anna Shay put her Sunset Boulevard home on the market for $16 million, after buying it for $9.3 million years prior. Reportedly, Shirley Temple lived in the house when she was 8 years old in 1936. Additionally, Italian mobster Tony Milano allegedly owned the property in the 1940s and 1950s. The home sits on 1.14 acres and features multiple fountains, a swimming pool, a tennis court and other luxurious features. There’s even “vault” in the basement, which Anna’s son Kenny Kemp uses to store his “collection of designer bongs.”

According to The New York Post, Anna’s Spanish Mediterranean-style home is nearly 8,700 square feet, which includes “multiple balconies and porches.” While Anna’s co-stars Kim Lee and Guy Tang think Shay’s home is haunted, perhaps, their experiences with “spirits” and that penis pump discovery might increase the intrigue around Anna’s palatial home, helping her sell it. But, on the bright side, if Anna doesn’t end up selling her place, that hopefully means she can host even more parties there for Bling Empire Season 2.