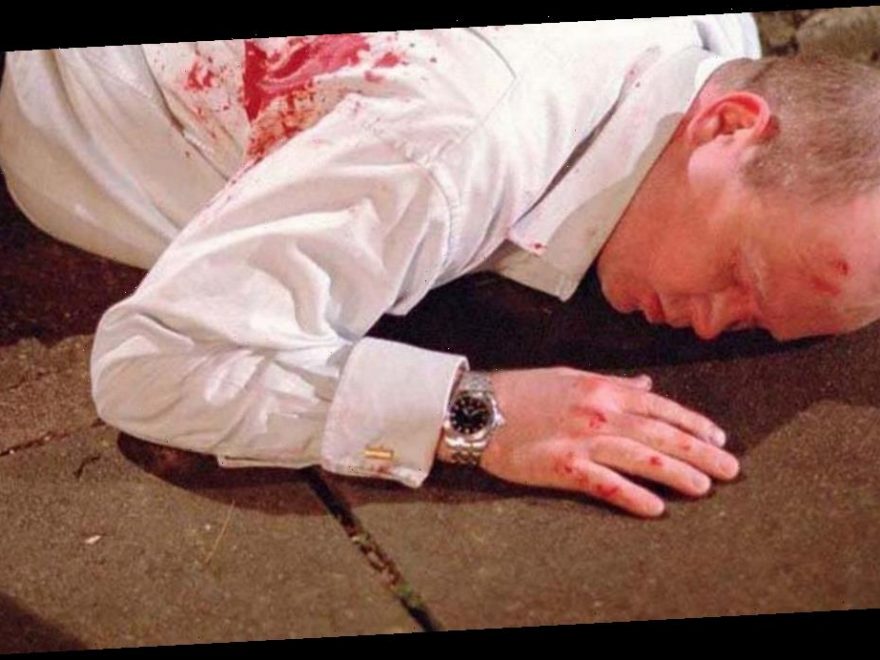 The Who Shot Phil whodunnit was one of EastEnders' most prolific storylines when it aired at the turn of the millennium. Soap villain Phil Mitchell (Steve McFadden) had been slowly turning bad since 2000 – but it wasn’t until March 2001 he finally got his comeuppance.

With six suspects to choose from, fans were torn on who was responsible when the classic whodunnit first aired.

Was it perhaps Dan Sullivan, Phil’s former best friend who swore revenge on Phil after he was conned out of his share of The Queen Vic?

On April 5th 2001, it was finally revealed that his ex-girlfriend Lisa Shaw was the one to pull the trigger.

The culmination of the epic storyline saw the semi-final of the UEFA cup delayed, and almost brought down the UK’s power grid when a 2290MW surge was recorded at the episode’s conclusion.

And to mark the 10 year anniversary of the murder-mystery, we’re taking a look at where her fellow suspects are today.

Todd Carty took over the role of Mark Fowler in Albert Square back in 1990, after the tragic death of Mark’s original actor David Scarboro.

Mark was Lisa’s boyfriend, and resented Phil for how cruelly he treated her when they were dating – making him a prime suspect in his shooting.

His character finally exited in 2003, riding out of the Square on his classic motorbike, and it was revealed he died off-screen of AIDS complications the following year.

Todd went on to appear in The Bill as PC Gabriel Kent from 2003 until 2005 – and revealed he actually broke his EastEnders contract a year earlier than originally planned to allow him to film the cop show.

He also made waves on the fourth series of Dancing on Ice in 2009 when he stumbled so badly during a routine he disappeared from public view, hilariously leaving pro partner Susie Lipanova to complete the routine on her own.

Todd has since taken to the stage, appearing in the Monty Python touring production of Spamalot until 2015, and even tried his hand at pantomime in 2020.

And he remains one of the most famous cast members of iconic kid’s drama Grange Hill from 1978.

Is there anything worse than the betrayal of a friend? Dan Sullivan sure didn’t think so – he swore revenge on Phil after the villain conned him out of his rightful share of The Queen Vic.

Just before the shooting, Dan could be seen leaving a phone box after Phil was taunted by a hoax call, putting him in the limelight for a potential guilty verdict.

But despite being arrested and wrongfully imprisoned for the shooting, Dan was eventually acquitted by a jury.

But his soap debut actually came in 1986, when he appeared in eight episodes of Emmerdale ahead of his 137 episode stint in Albert Square.

Dan left the Square after the kidnap of ex Mel Owen (Tamzin Outhwaite) with an impressive £200,000 in ransom money.

Since leaving EastEnders for good, Craig has completed a colourful array of acting projects, including lending his voice to the Call of Duty video-games, appearing in Stargate SG-1 and 2008’s Terminator: The Sarah Connor Chronicles.

Speaking to The Guardian about filming that particular scene, Craig said: "It was so weird. I can’t… It took me three days to get over it."

The scene featured a cast of real-life swingers and "unsimulated' sex at a dingy Newcastle home.

Ian Beale is the only remaining original character in EastEnders, and has appeared continuously in the soap since the first episode aired on February 19th 1985.

And the character definitely had enough beef with baddie Phil Mitchell – even having his head flushed down a toilet after giving Phil the cold shoulder in a restaurant.

From being shot himself by his estranged wife Cindy to a brief but disastrous wedding to Mel Owen in 1999, Ian’s had his fair share of iconic storylines.

Arch-enemies with Phil, Ian was thrust into the spotlight as a suspect for the shooting after the pair traded blows just before the incident.

In January this year, Ian finally fled Walford after being gradually poisoned by current wife Sharon, who blamed him for her son Denny’s death.

Ian proceeded to eat the poisoned dinner, full of guilt – but Sharon helped him throw it up at the last minute.

Actor Adam Woodyatt is taking an extended break from the Square this year in order to play the lead role in the touring play Looking Good Dead.

The star has been going through a "toxic divorce" with ex-wife Bev Woodyatt – but an insider claimed to The Sun that taking a pay drop to star in the production could be "a tactic straight out of Ian Beale’s playbook".

They said: "People have been speculating that it could be so he can get away with paying less in the divorce."

Steve first appeared in EastEnders back in 1998, and remained there until 2002 – despite being a suspect in Phil’s whodunnit after a gun hidden in his office went missing.

Steve discovered Phil had previously had sex with his wife Mel, and the pair became love rivals.

The E20 nightclub owner wasn’t letting the feud go, and got into a fiery car chase with his infant daughter Louise in the vehicle as he attempted to flee to America.

Steve was killed in the resulting vehicle explosion, though he managed to help get Louise out of the car with Phil’s help.

Though Martin Kemp originally made his name as the bassist for Spandau Ballet, he has recently experienced a brand new uptick in popularity driven by his radio presenter son Roman after his appearance on I’m a Celeb.

The duo famously broke down last month as they appeared on an episode of DNA Journey, in which they learned Martin’s grandmother Eliza grew up in the punishing conditions of the workhouse.

"What does surprise me is how close it was. That it’s my dad’s mum," a teary Martin explained.

After Phil ruined Mel’s wedding day to Steve by revealing the two had an impassioned one night stand, Mel couldn’t hide from the accusations that she was responsible for shooting the villain in a fit of revenge.

Mel first appeared in EastEnders in 1998 before making her initial departure in 2002, when she fled to Portugal with £30,000 of Phil’s money.

Actress Tamzin Outhwaite returned to Walford in 2018 for a one-year stint, but ended up being killed off for good when she was hit by a lorry.

Since then, Tamzin has appeared in programmes including the 2020 miniseries Dun Breedin’, and is currently starring in period thriller Ridley Road, said to be in post-production on iMDB.

She’s also appeared in everything from Law & Order: UK to The Catherine Tate Show.

Outside of her career, Tamzin married Miranda actor Tom Ellis in 2006 before the pair divorced in 2014, after having two children together.

The 50-year-old is now “in a really lovely place” with toy-boy boyfriend Tom Child, who is 20 years her junior.

But she confirmed in March that her kids haven’t seen their dad Tom in six months due to pandemic restrictions.

Looking back, it should have been obvious all along.

Phil’s ex-girlfriend had attacked him with a plate the week before he was shot, disgusted with his abusive treatment of her.

She blamed the villain for her miscarriage after he tried to persuade her to have an abortion, and tried to conceal their subsequent child Louise from him by claiming she was actually Mark’s daughter.

Lisa remained in Walford until 2020, when she fled to Portugal in Mel’s footsteps.

Actress Lucy Benjamin first appeared on EastEnders in 1998, and acted in a whopping 551 episodes.

But she’s also appeared in shows like Doctor Who, Holby City and Casualty.

Outside of soapland, Lucy has starred on X Factor: Battle of the Stars in 2006, when judge Sharon Osbourne accidentally let slip that Lucy was pregnant live on-air.

Host Kate Thornton said at the time: “I don’t think you wanted that announced tonight, did you?”