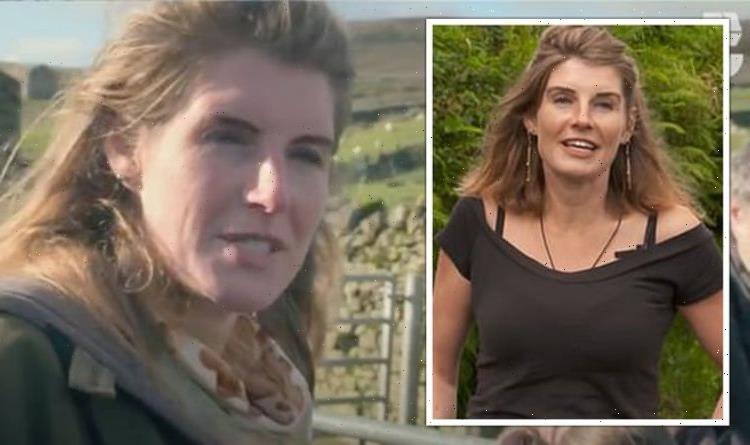 Our Yorkshire Farm: Lamb is skinned in front of children

Our Yorkshire Farm has been airing on Channel 5, but the latest outing included a mid-season break. Fans have been left wondering when the uplifting documentary, starring the Yorkshire Shepherdess and her family, will return. Amanda Owen has reassured fans with a new update on when the series will be airing this year.

When is Our Yorkshire Farm back on TV?

Our Yorkshire Farm is now in its fourth season and the series follows one of Britain’s favourite families.

Episode seven aired back in May 2021 and fans are yet to hear when the next instalment will be released.

They were worried Channel 5 had axed the series, but Amanda reassured fans they still had a great relationship with the network.

Whilst the escapist series has been off-air, fans have been keeping up to date via Amanda’s Instagram page.

She has updated fans on the family’s move away from their rented farmhouse, as they have now found a place to call their own.

Hopefully the new episodes will continue to address their move away from Ravenseat Farm.

According to Yorkshire Live, Amanda confirmed the series will return “in the autumn” of 2021.

Amanda told the publication: “There is a new series coming. It will be in the autumn. I don’t know exactly when as I am the last person to know!

“I do know that those episodes are done and there is more filming going on at Ravenseat.”

With this in mind, fans can look forward to a brand-new series between September and November 2021.

An official release date has not yet been announced, but this gives fans some insight into when to expect the new season.

Hopefully, more information on an exact date will come to light towards the end of the summer.

The publication said the season four finale is still yet to air, so this may be added to the season five release schedule.

Viewers have been visiting Amanda and her husband Clive’s farm this summer and they have shared their thoughts with the star.

She shared a photo of her children at Ravenseat, with the caption: “Green tranquillity at grassroots level and blue serenity above.”

One fan responded: “Visited your farm on Thursday- can’t explain in words the tranquillity- priceless.

“Raven and Clive were a amazing to chat to and loved seeing you dash through with freshly baked scones.

“These memories are priceless- thank you! What topped it all was driving passed Reuben who waved – what a family xx” [Sic]

Another viewer added: “It’s absolutely Beautiful there in summer. Honestly I wouldn’t want to be there in winter. Hope your all well staying safe.”

Amanda has more than 360,000 followers who are all keen to see the new series come to light.

In the meantime, fans can head over to the network’s streaming service, My5, for more content.

Our Yorkshire Farm: 5 Years with the Owen Family is streaming now, and the special originally aired in November 2020.

Previous seasons of the series are also available to watch if fans need their fix.

They have taken to Twitter to share their thoughts on the show, with one saying: “Love watching Our Yorkshire Farm.

“Bloody hard work farming but the way of life is fantastic. Smashing family on it as well.

“All brought up proper with great morals and know the meaning of hard work. One of the best programmes on telly box.” [Sic]

Our Yorkshire Farm will return to Channel 5 soon.