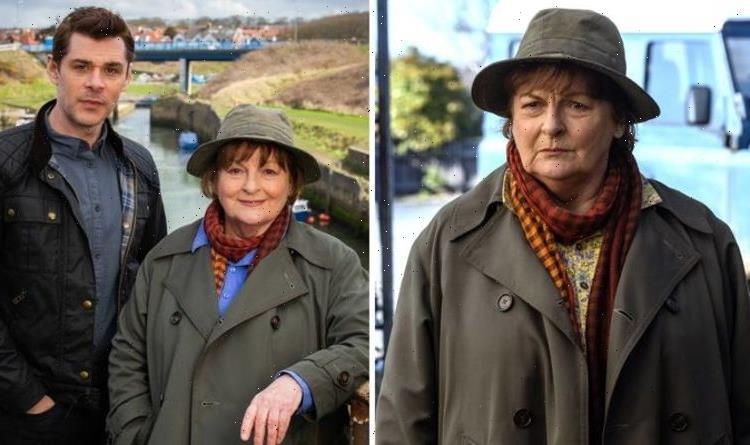 Vera made a comeback for its 11th series in August 2021, with actress Brenda Blethyn reprising her role as the famous DCI Vera Stanhope. She was joined once again by her partner-in-solving-crime DCI Aiden Healy (played by Kenny Doughty), DC Kenny Lockhart (Jon Morrison) and DC Jac Williams (Ibinabo Jack). Sadly, her return to ITV was short-lived as only two episodes from season 11 have been broadcasted so far.

Vera series 11 premiered on ITV on Sunday, August 29 with an episode that revolved around the death of builder Jim Tullman whose body was discovered on the steps of the Collingwood Monument.

Vera and her team later found out Jim was due to testify in court as he was a witness in a violent assault trial which may have had something to do with his murder.

The crime drama then made a comeback for episode two the following week, Sunday, September 5, where a murdered support worker was found in Northumberland National Park.

While fans were then looking forward to episode three, unfortunately, it didn’t air as many expected.

Due to filming delays caused by the coronavirus pandemic, Vera series 11 had to be split into two parts.

This means only the first two episodes of the new season were able to be filmed in time for the scheduled premiere.

Since then, actress Blethyn has been spotted filming the rest of the series in places such as County Durham and Sunderland.

Thankfully, the wait is almost over as Vera picks up from where it left off.

When does Vera return to ITV?

Vera will return for the rest of season 11 on ITV in the New Year.

Episode three of the unfinished series is going to premiere on Sunday, January 9, 2022, at 8pm.

This means there is a five-month gap between the second and third episode.

While this instalment hasn’t got an official title according to IMDb, it will have a two-hour running time.

And from the sound of the episode’s synopsis, it is going to be a very interesting case for the team.

The episode three description reads: “When security foreman Gary Mallon is fatally wounded during a robbery at a Blyth container port, the evidence points to an audacious heist that went awry. Vera begins to suspect an inside job.”

Season 11 is going to be made up of six episodes in total, including the ones already shown in 2021.

As long as there are no more delays in scheduling, the finale of series 11 will be shown on Sunday, January 30, on ITV.

Actress Blethyn said earlier this year: “On the first day back filming I think everyone felt a huge sense of pride.

“That we had all come together, we were all putting our best foot forward to try and get this done.

“We all knew it would be difficult with all the restrictions.”

Vera season 11 will continue on Sunday, January 9, at 8pm on ITV.