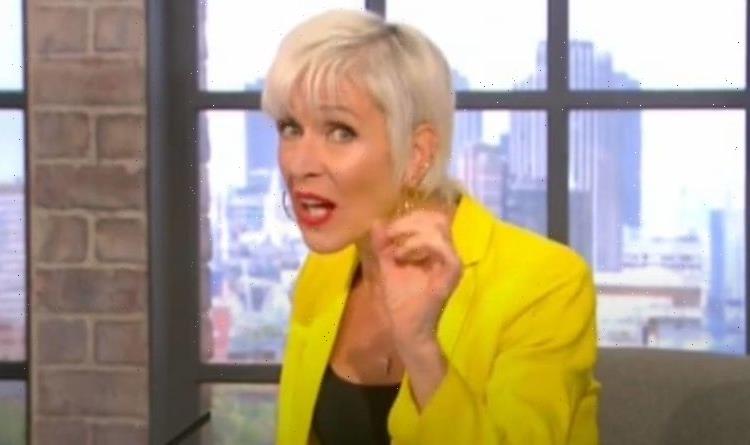 Dawn Neesom and Kate Smurthwaite appeared on the Jeremy Vine Show on Channel 5 where they debated Insulate Britain’s protest on the M25 to bring attention to climate change. Ms Smurthwaite argued the methods from the eco-activists were needed because there was not enough discussion about climate change so the protests allowed coverage of the issues. But Ms Neesom was not convinced, stating many people are already having conversations about the environment and the UK was doing plenty to tackle it.

Appearing on the Jeremy Vine Show, Ms Smurthwaite rejected criticisms of Insulate Britain and sympathised with the group who wanted to get the issue of climate change to the forefront of debate.

She told the programme: “What is wrong is that the Government hasn’t fulfilled a key manifesto pledge.

Ms Neesom exclaimed in the background and said the UK was doing more than many other countries to tackle climate change.

Ms Smurthwaite continued: “When people protest in other ways they don’t get the media attention, the stories don’t get covered.

“The way that we solve this problem is to make sure we cover these problems before people have to go to these extreme measures.”

Ms Neesom was allowed to retort and said: “We are taking it seriously, we in this country are responsible for 1 percent of global emissions.

“China is 26 percent and they are shoving up coal power stations as we speak.

“Now why don’t these people go and protest outside the Chinese embassy or even better in Tiananmen Square.

“Let’s see how they get on with that.”

According to the Government’s figures, the UK accounts for 1.1 percent of the world’s emissions making it the 17th worst polluter in the world.

The UK, under the Climate Change Act, is bound by law to reduce greenhouse gas emissions to net-zero by 2050.

Major UK cities have also introduced pedestrian and cycle-only areas to reduce air pollution from cars with investments being made into electric vehicle infrastructure.

The Government has also pledged to ban the sale of new fossil fuel cars by 2030 in the hope of speeding up the shift to electric vehicles.

Insulate Britain has blocked the M25 over the past three weeks to bring attention to their organisation.

After huge public backlash against the police for not cracking down on the demonstrations, the Government sought and was granted a high court injunction which allows police to arrest protesters on sight if they block the M25 roads again.

Protesters blocked the M25 again this week, breaking the injunction, with police swiftly clearing up the activists and arresting them.