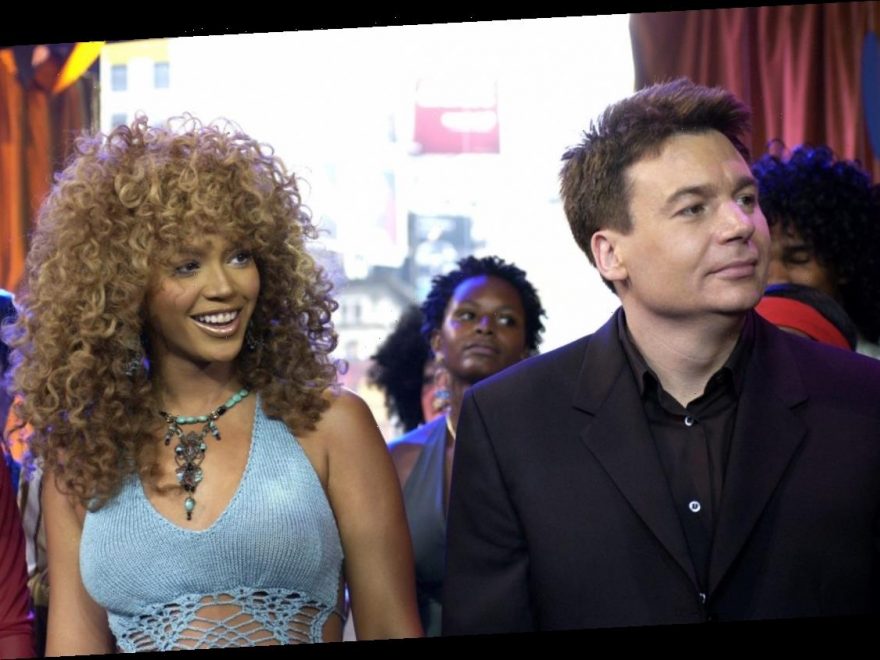 Beyoncé has had many glamorous looks throughout her career. On stage alone her look is always evolving. Then, in movies, she transforms for each role. Her very first movie, Austin Powers in Goldmember, cast Beyoncé as Foxxy Cleopatra. Foxxy was a ’70s spy with a big afro, so was that Beyoncé’s real hair? Beyoncé answered that very question at the 2002 press junket for Austin Powers in Goldmember.

Alas, Foxxy Cleopatra’s ’70s afro was movie magic. Beyoncé openly admitted she wore a wig over her real hair. It was quite a process, as she described.

“It was an Afro wig,” she said. “My hair was all under the wig. That’s why it took an hour and a half every day to put the wig on, because we had to braid my hair up, pin it… Some days I just left that whole cap on the whole week. I’m like, ‘I’m just leaving this on, I don’t want to go through this every day.’”

Foxxy Cleopatra’s afro sure looks like a lot of hair. One might worry it was a heavy apparatus atop Beyoncé’s head, but she assured viewers it was not.

“It was very light,” she said.

The producers of Austin Powers also promised to give Beyoncé the wig once the film came out. Unless she donated it or got rid of it since, she should still have it in her possession.

“I don’t have it, but they’re going to give it to me after the movie comes out,” she said. “And they’re letting me keep one of the outfits, so I think I’m going to put the wig and outfit on display.”

Beyoncé claimed one of the Kimono’s from the film’s Tokyo sequence.

The hair is a holster

In one of Austin Powers’ hilarious sendups of spy movies, Foxxy pulls a gun out of her afro. Beyoncé shared that guns were a touchy subject on the set. They were a part of the milieu of spy movies that Mike Myers was spoofing, but Myers himself shied away from firearms.

“I got to be the secret agent and I got to have the gun,” she said. “It was cool because I was almost protecting Austin more than he was protecting me because Austin’s scared of guns, because really, Mike is scared of guns. So it was great. I got to pull the gun out of my hair. It was fun because I could kind of make fun of it, you know?”