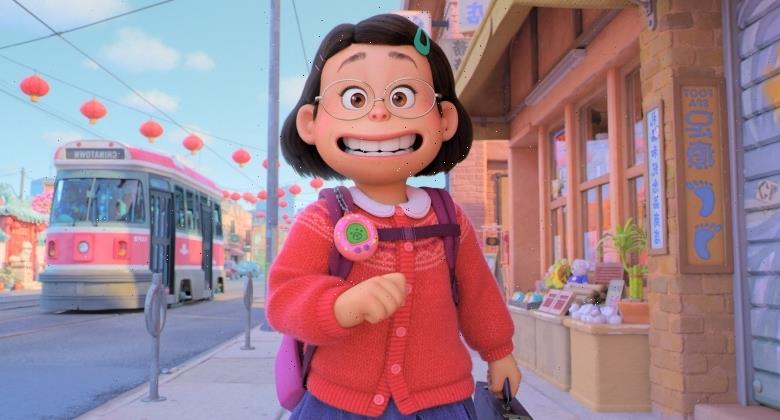 Disney’s market cap — the total value of all its stock shares — is $85 billion more than Netflix. So why is the Disney+ valuation less than one-tenth of its main streaming rival?

Wells Fargo made a full-on reevaluation of Disney and released the findings Monday, less than three weeks before the media giant report its fiscal Q3 earnings after the market closes August 10. Among the many takeaways from their research: The enterprise valuations of services Disney+ and Netflix seem a little… off.

After crunching the numbers, Steven Cahall and his fellow WF equity analysts analysts arrived at a current enterprise value (EV=market cap + debt) of $105 billion for Netflix. A year ago, the Netflix EV was about twice as much; in that same period, Wells Fargo calculated, the Disney+ EV was north of $150 billion. Disney’s overall direct-to-consumer (DTC) business carried an EV of about $200 billion.

However, according to the analysts, the current market values Disney’s entire DTC business at $51 billion — about half of Netflix. (That is, as Wells Fargo headlined it, “unrealistically negative.”)

It gets weirder: If you back out Hulu (EV = $27 billion) and ESPN+ (EV = $13 billion), Disney+ alone is valued at… $10 billion? By comparison, according to Wells Fargo’s evaluation, Disney’s “traditional” assets are worth $177 billion, with parks and experiences making up $154 billion of it.

You read that right: According to WF, the market sees ESPN+ as being worth more than Disney+, with Hulu valued at nearly 3x. The Hulu number is a commonly used valuation among investors (as well as the one co-owners Comcast and Disney go with); the ESPN+ figure factors in what Wells Fargo called its “increasingly à la carte optionality.” Of note: They’re very bullish on linear ESPN essentially going away in favor of the DTC option.

Wells Fargo lowered its price target for Disney stock (DIS) from $153 to $130. Disney shares currently trade for about $102 per share, down 34 percent year to date, or twice the S&P 500’s 2022 decline. “Most of that devaluation has been streaming, though recession fears and CEO headlines haven’t helped,” Wells Fargo wrote.

The analysts also downgraded their forecasts for Disney+ subscribers. They now expect 213 million by the end of fiscal 2024 between Disney+ and Disney+ Hotstar, down from a prior estimate of 240 million. Of the new sum, Wells Fargo expects 140 million will be from Disney+ proper (not Hotstar), down from 153 million. As of April 2, Disney+ had 87.6 million subscribers. Including Hotstar, the sum was 137.7 million.

As of June 30, Netflix had 220.67 million global paid subscribers. Read all about Netflix’s second-quarter 2022 performance here.