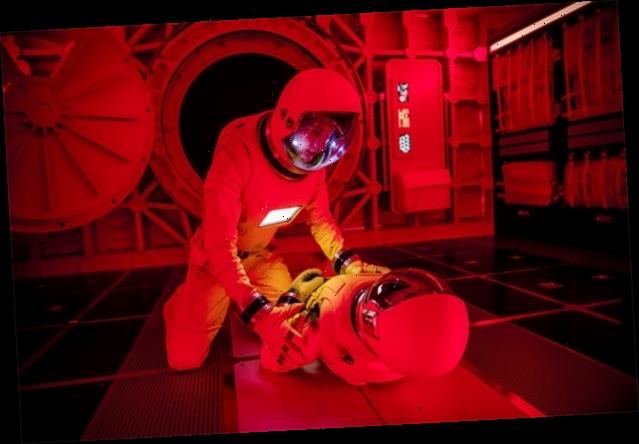 When genetically-engineered teen astronauts have their hormones kick in, look out 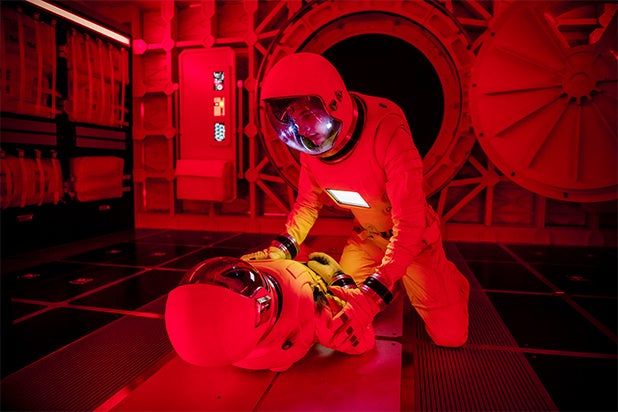 Making its way into theaters with minimal fanfare, “Voyagers” is a smart and effective little sci-fi thriller about the best-laid plans of scientists crumbling in the face of teenage hormones and human frailty.

Even if the screenplay by director Neil Burger (“The Upside”) doesn’t carry through its darker observations about aggression, manipulation, and the politics of fear all the way to the end, it does at least raise those questions and display the best and worst of humanity over the course of its running time. Add some heartfelt performances and the wonderfully futuristic sheen of Scott Chambliss’ production design and Kevin Houlihan’s art direction, and the results are genre cinema that’s both thrilling and thought-provoking.

It’s the not-too-distant future, and climate change has led humanity to seek out another planet that will support the species. The one they find will take 86 years to get to, so a crew of astronauts are lab-bred and raised indoors, so that when they make the journey, they won’t miss open spaces or sunshine. None of these voyagers will get to their destination, of course, but they will scientifically breed on-board, with their grandchildren eventually completing the mission.

Accompanying these brainy babies is Richard (Colin Farrell), a widower who doesn’t mind sacrificing his life for the mission. Jump ahead about a decade, and the travelers are all young adults performing their tasks and remaining focused — that is, until Christopher (Tye Sheridan) realizes there’s a hidden ingredient in “the Blue,” a liquid that they all drink, one that acts as a kind of synthetic saltpeter, diminishing the crew’s ability to feel emotion or experience pleasure.

Christopher and his pal Zac (Fionn Whitehead, “Dunkirk”) decide to stop drinking it, and they immediately get more aggressive and boisterous — and before long, their newly-uncovered sexual feelings make them rivals for the attention of chief medical officer Sela (Lily-Rose Depp). Once everyone stops ingesting “the Blue,” all hell breaks loose, with Zac trying to take over the ship by any means necessary. (He instills fear into his comrades by convincing them there’s an alien loose in the ship, which of course quickly gives way to “maybe YOU’RE the alien” when anyone tries to oppose him.)

So yes, in a lot of ways, “Voyagers” is a co-ed “Lord of the Flies” in outer space, but no less effective for its familiarity. (If you’re going to steal a plot from someone, steal from the best.) It works because the pieces come together so well, from the aforementioned sets to the lead performances to the score by Trevor Gureckis (“The Goldfinch”), which pivots from “lyrical poetry of the stars” to “life-or-death battle in an airlock” smoothly and effectively.

All of the young actors get to evolve from drugged zombies to raving sensualists, but Whitehead gets the plum role of the charismatic villain and makes the absolute most of it. Zac becomes progressively scarier and more unhinged, and the actor makes every step of the transformation riveting. The other travelers don’t have as much screen time to shine, but casting director Mary Vernieu and her crew have assembled an ensemble with striking, memorable looks; we may not remember everyone’s name, but we remember their faces, which is essential once the crew starts dissolving into factions.

There’s probably a somewhat less audience-friendly draft of “Voyagers” that follows through on how societies tend to flock to the Zacs when they should be listening to the Selas, but either way, this film succeeds as a zippy little eco-thriller and outer-space morality play.