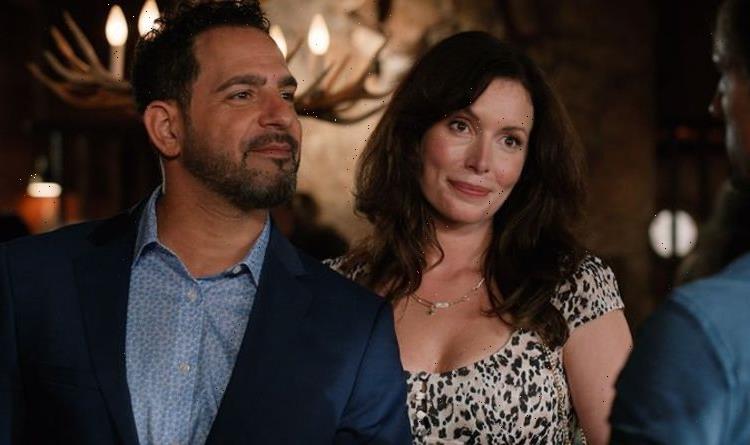 Virgin River season three is on Netflix now and fans were desperate to find out the identity of Jack’s (played by Martin Henderson) shooter. He recovered well from the ordeal but was unable to remember much about what happened, which made the investigation difficult. The ending shed some light on what happened, but fans are not convinced the real shooter has been found.

Who shot Jack in Virgin River?

Virgin River’s second outing left fans on the edge of their seats after bar owner Jack was shot by an anonymous killer.

Thankfully, he survived and spent a few weeks in recovery before resuming his hectic life in the picturesque town.

At first, he was unable to remember what happened that night, but slowly snippets started coming back to him.

He remembered seeing someone in a black hoodie and recalled getting into a fight with old friend Brady (Ben Hollingsworth).

Brady became the prime suspect after his alibi fell through, but he was adamant he did not shoot Jack.

Jack also found it hard to believe Brady would go to such extreme measures, despite their turbulent relationship.

Brady ended up taking the fall for the shooting, but some fans believe he is not the real culprit.

Todd was sceptical about Charmaine and Jack’s relationship history and he continued to get on Jack’s bad side.

He started by suggesting that he adopt Jack’s twins, so he would become the legal father.

If this was not heartbreaking enough for Jack, Todd also told Charmaine they would be moving to Eureka.

Charmaine was also forced to give up her pet dog, a present from Jack, as Todd was “not a dog person”.

A number of clues suggest Todd could have been involved in Jack’s shooting.

The first hint came when Charmaine first introduced Todd to Jack, and Jack asked how they had met.

Charmaine said he had walked into her salon about a month prior, and Todd corrected her, saying: “About three weeks ago”.

From the season three timeline, fans will know the latest outing starts three weeks after Jack was shot.

This seems more than a coincidence that Todd came into Charmaine’s life at the same time as Jack’s shooting.

Furthermore, Todd seemed very keen to move far away from Virgin River to escape Jack and made the decision about Eureka without consulting Charmaine.

This could be because as Jack started to regain his memory, Todd was worried he would recognise him from the incident.

Whether Charmaine conspired with Todd to get revenge on Jack for abandoning her is another question.

As she had no idea about the Eureka move, she may not have been involved in the plan at all.

Fans have taken to Twitter to share their thoughts on Todd, with one saying: “Someone tell me why Virgin River needed Todd? This man gets in my last nerve.”

Another said: “I’m glad no one could see my reaction to Todd saying he wants to adopt the twins.”

At this moment in time, it seems Brady has definitely been set up – but is Todd behind everything?

Showrunner Sue Tenney told Entertainment Weekly the truth about who shot Jack will come out eventually.

She said: “Yes, I can say that. Yeah, definitely. We have a lot of twists and turns coming, and that actually will go beyond a third, fourth, if we’re lucky, fifth season.”