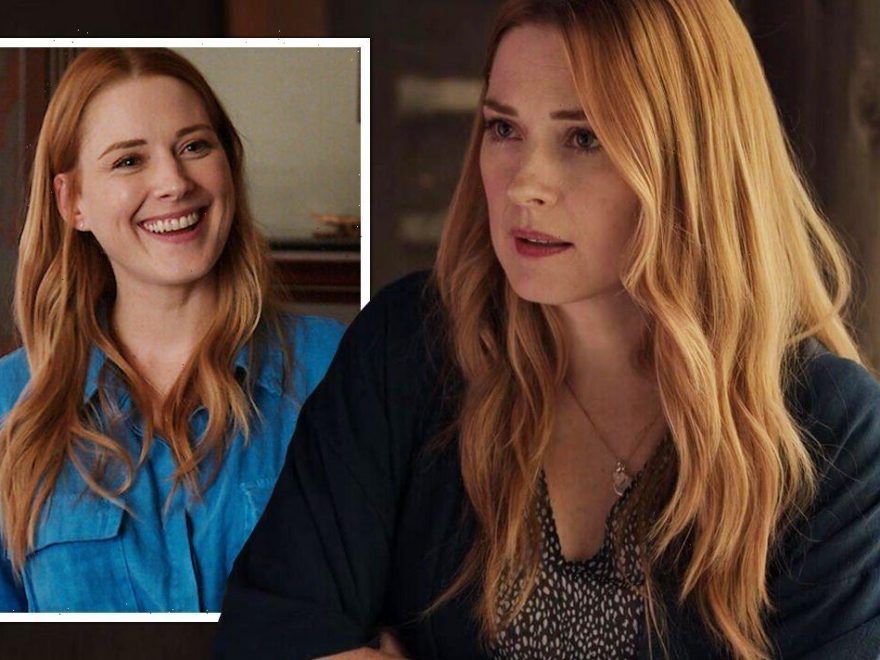 The fourth season of Virgin River introduced viewers to Nate (played by Dan Payne), the new fiancé of Mel Monroe’s (Alexandra Breckenridge) sister Joey Barnes (Jenny Cooper). Mel isn’t happy about her sister’s sudden move, and initially tries to convince her to slow down their engagement, but some fans of the Netflix drama have now criticised her response given her whirlwind romance with Jack Sheridan (Martin Henderson).

Fans of the hit romantic drama Virgin River have called its protagonist hypocritical for her reaction to Joey’s engagement.

Mel is shocked when her sister reveals Nate is now her fiancé after a short relationship, despite only knowing her own partner Jack for just a few months.

The small-town nurse agrees to get engaged and carry Jack’s child despite being together within less than half a year of her moving to Virgin River.

Even so, she still tries to convince Joey and Nate they’re moving too fast when they come to visit in the drama’s latest season.

Fans have since taken to the message boards to complain about Mel’s hypocritical views on her sister’s personal life.

Redditor grumpymuppett posted: “So I just watched the episode where Joey shows up with her new fiancée saying she wants to elope.

“Mel freaks out and thinks Joey is rushing into things. Um, excuse me ma’am, pardon?”

Admittedly, Joey and Nate have only been together for one month before they agree to get married, while the timeline of the series suggest Jack and Mel have been dating for around four.

Still, this viewer doesn’t think Mel has a leg to stand on, as she later agrees to marry her boyfriend of just a few months at the beginning of the season finale.

The post continued: “Like yeah a month isn’t that long of a relationship, BUT they had a previous relationship so she wasn’t exactly going from strangers to married in a month.

“Mel and Jack went from strangers to engaged and expecting a baby in like four months.

“Not to mention Mel starts from a ‘I’m mourning my dead husband and baby’ place, she really needs to keep her opinions to herself.”

While Joey already knew Nate before they made their relationship official, Mel not only falls head over heels for Jack after just a few weeks but is also getting over the loss of her first husband.

Several more fans also agreed Mel was being unfair, and were surprised by her reaction given the comparatively short time she has been with Jack in the series.

Lattelucy replied: “Honestly I assumed Mel and Jack had been together for well over a year.

“Then when he said Charmaine (Lauren Hammersley) was only five months along I was like HUH?? This makes no sense.”

And craftygirlsocal said: “Is it just me? I found Mel to be super annoying this season.”

Despite the complaints, Virgin River is still one of Netflix’s most popular TV romances, and Mel eventually learned from her mistakes and made amends with Joey.

Virgin River seasons 1-4 are available to stream on Netflix.