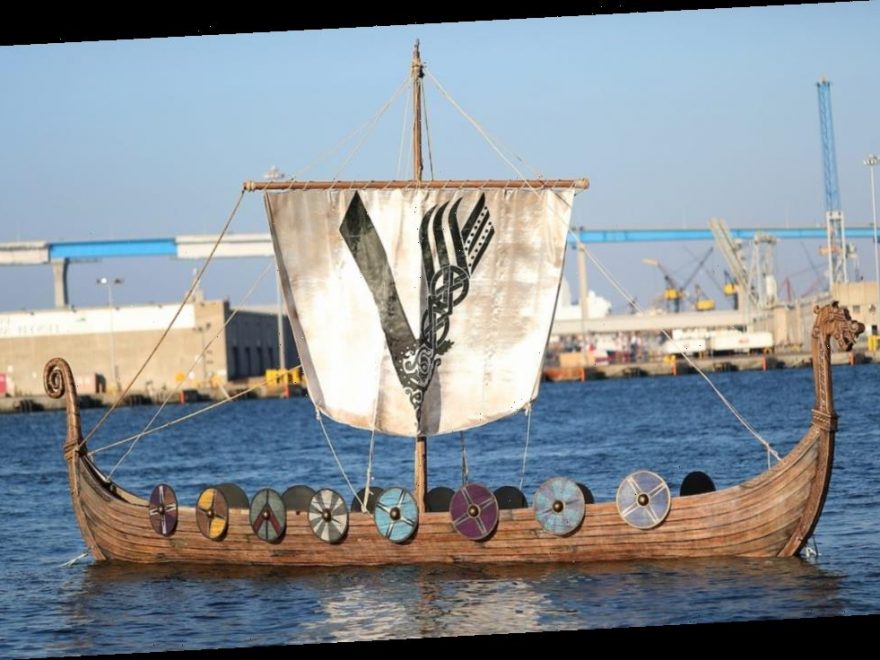 The final episodes of the hit series Vikings have finally premiered on Amazon Prime Video on December 30. Some fans chose to watch the series quickly and even in one sitting. There were a number of surprising turn of events, but one moment seemingly tops them all. Read on to learn what fans are saying about the return on a fan favorite in season 6B.

The return of a fan favorite

A beloved character finally returns after being gone for many years. Floki (Gustaf Skarsgård), who has been missing since season 5B after walking into the mouth of a cave in an active volcano, found his way to Newfoundland, where Ubbe (Jordan Patrick Smith) and the settlers finally land.

Fans may recall that Ubbe went searching for Floki originally and went to Iceland. That’s where he learns about the Golden Land, a place that he’s been fixated on from the start. And after a lot of turmoil and death, as well as the loss of Torvi’s (Georgi Hirst) daughter, Asa, in a storm aboard their ship, they find the Golden Land.

When they meet a Native American tribe near where they settle, they soon learn that their leader, Pekitaulet (Carmen Moore), can speak their language, and it’s because Floki landed in the same land. They’re taken to see him, and he’s living in a treehouse style home.

He propels down just as Ubbe says, “Hello Floki.” Immediately, it’s obvious that Floki has changed from the impulsive man he could be in his youth. He’s much more passive and softer spoken, and he tells them that the Native Americans took care of him.

“I would not have survived without them,” he admits. “When I arrived here, I was weak, unable to stand on my own feet.” They brought him food and made him well again.

But when Ubbe asks him why he decided to leave Iceland, Floki says, “I left when the sadness became too much. I was overwhelmed. I was imprisoned in sadness. I felt deserted by the gods. I called to them, but I no longer heard their voices. The world made no sense.”

“And so I found a boat,” Floki explains. “Being a Viking, as I still was, I was always able to find a boat.” When he’s asked what made him sad, Floki replies, “I don’t always remember.”

Fans weigh in on the return of a fan favorite

Many fans would describe the return of Floki as a momentous occasion, and one that viewers have been hoping would happen for years. The first moment fans get to see Floki again was a special one, and some fans recently discussed it on Reddit. A fan shared a clip of Floki when he propels down from his home to greet Ubbe for the first time in years.

One fan admits that they, “got chills and cried.”

Many fans were waiting for his return, and it played out about as well as fan were hoping. Another fan agrees that the scene was “perfect” and it was a “great ending,” which other fans will certainly agree with.

“Yep it was just perfect! What a great ending to the series man,” they said.

A Reddit user watched the particular episode with a friend of theirs, whom they say they’ve never seen “so happy” while this scene played out. It’s probably a common feeling with other viewers as well.

“I was watching this episode with a friend and I don’t think I’ve seen him so happy before,” the user admitted.

In a post episode discussion thread, fans talked about the return of Floki there as well. A fan describes the “best highlight” being Floki still “being alive” after all. “The ending was decent,” the fan said on Reddit. “Floki being alive was really the best highlight,” they said.

It makes sense that Floki would return before it’s all over, and it perfectly ties into Ubbe’s quest for the Golden Land. One fan found Ubbe discovering Floki as a “fitting end” to his story arc.

“Finding Floki was a fitting end to this arc and one of the few things driven to some satisfying conclusion,” they said. “Floki, in his old age, is resigned to the fact that the world is a mystery and that it doesn’t make any sense to obsess about the gods or even our own choices.”

Fans of Vikings certainly appreciated the return of Floki before the series concluded. At least viewers can always go back and relive their favorite moments, especially with Floki.