Vikings season six, episode four will air on Wednesday, December 18, on History US. The fourth episode will then air the following day (Thursday, December 19) on Amazon Prime.

What will happen in Vikings season 6, episode 4?

Vikings season six, episode four is titled ‘All the Prisoners’.

The episode will pick up from episode three, which saw Bjorn Ironside (played by Alexander Ludwig) open up Kattegat trade relations with huge consequences.

He also travelled to free Harald (Peter Franzén), who had been taken prisoner by Olaf (Steven Berkoff).

However, Olaf knew of their arrival and led them into a deadly trap, forcing Bjorn to retreat. 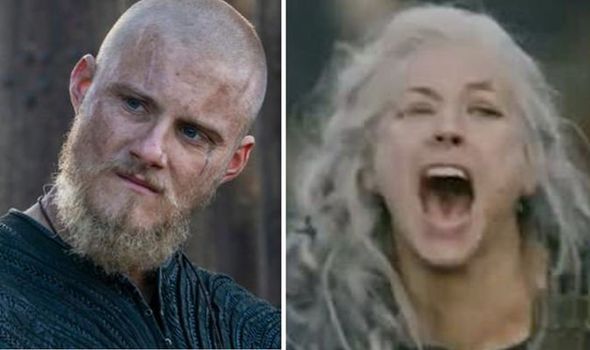 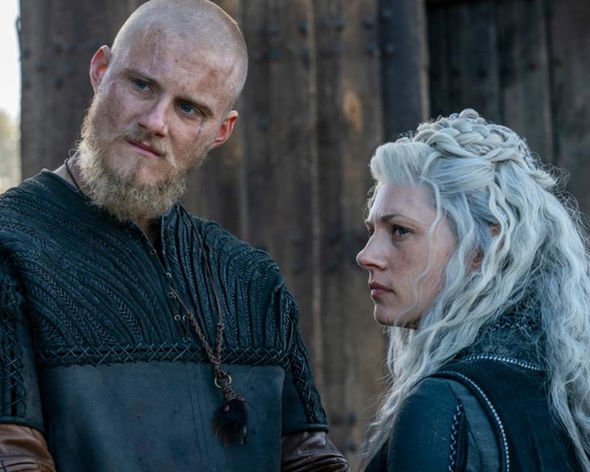 Lagertha (Katheryn Winnick) who attempted to retreat from warrior life and return to her farm, was brought back into combat when her village was attacked by the man Bjorn set free at the beginning of episode one.

Lagertha fears she will be killed by one of Ragnar’s (Travis Fimmel) sons and it looks like Bjorn (Alexander Ludwig) might be the one to take her life by accident, due to his actions.

Over in Kievan Rus’, Prince Oleg (Danila Kozlovsky) and Ivar the Boneless (Alex Hogh Andersen) began to form a friendship, but it remained clear Oleg was the one holding all of the power.

Thankfully, History has released a teaser trailer and synopsis for fans as they await the fourth episode.

The synopsis for episode four reads: “Lagertha leads her village’s response to the recent attacks, but despite her best efforts, the consequences are tragic;

“Olaf has a bold new plan for the future of Norway; Ivar discusses Oleg’s ambitions for Scandinavia.”

Judging by the promo trailer, there may be a betrayal between brothers Hvitserk (Marco Ilsø) and Ubbe (Jordan Patrick Smith).

In the clip, Ubbe grabs a crying Hvitserk by the collar and says: “You have just betrayed me for the second time in your life. I don’t want to see you anymore.”

Hvisterk appears to turn his back after apologising but whether Ubbe will let him live remains unknown.

Vikings season 6 cast: Who is Ganbaatar? Was he real? [FACT CHECK]

Vikings season 6: What language did the Vikings speak? [HISTORY] 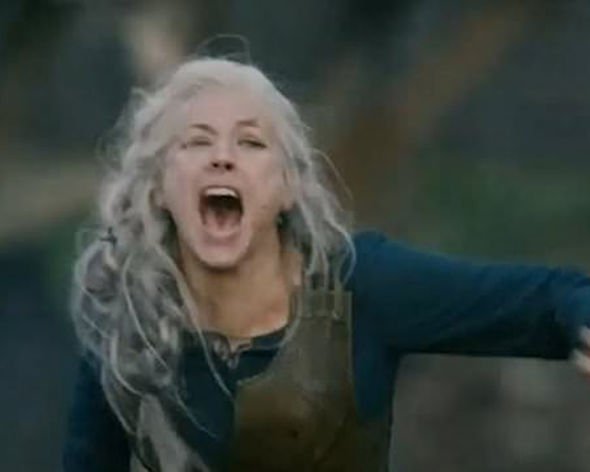 In the next episode, Lagertha will be getting knee-deep in a battle against Kattegat’s enemies.

In the trailer, the shield maiden rushes into battle, ordering her followers to “fight”.

The entire clip comes to an end with Lagertha screaming and running into battle.

One beloved character appears to die in the episode, with Lagertha telling them they will be ‘taken to Valhalla’ but exactly who she is speaking to remains unclear.

Also in the trailer, Prince Oleg confirms he has arranged for his army of Rus Vikings to invade Scandinavia.

However, the plans for invasion appear to have created tension between him and Vikings Ivar the Boneless.

Responding to Oleg’s plans, Ivar says: “So then I will be a puppet ruler.”

Oleg then threatens: “Don’t ever betray me.”

Judging by the clip, Ivar and Oleg may not actually see eye to eye after all.

Speaking to Metro, Andrei Claude, who plays Oleg’s general Ganbaatar, teased: “Ganbaatar is Oleg’s right-hand man and the captain of the Rus Vikings’ army, so if and when there’s a battle with the Rus he will always be at the forefront.

“Ivar is going to have an interesting time with the Rus and perhaps he will learn a few things from Oleg too.”

Vikings airs on Wednesdays on History US and Thursdays on Amazon Prime Video.