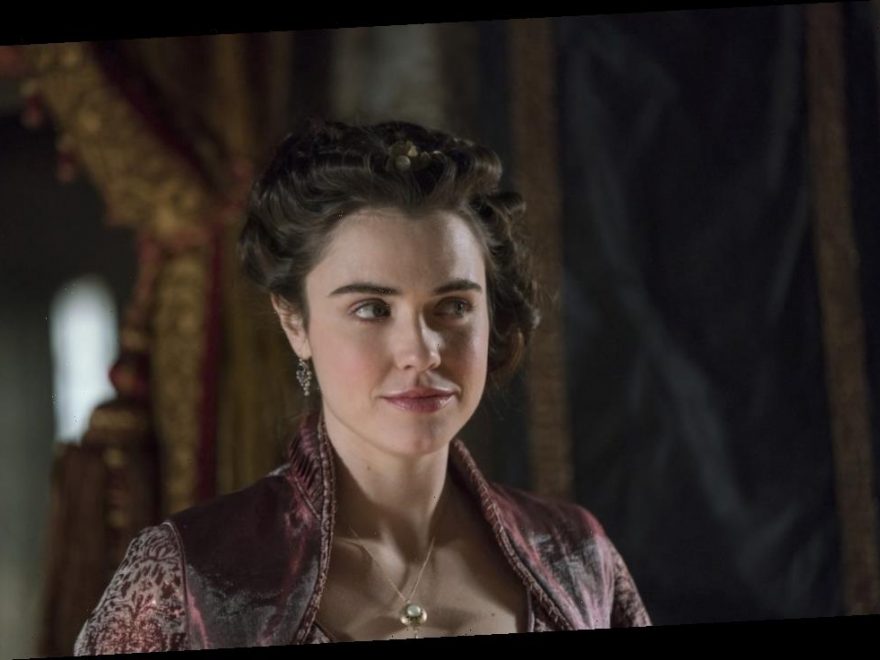 In the popular series Vikings, the main character, Ragnar Lothbrok (Travis Fimmel), abducts Athelstan (George Blagden), a monk in England. They end up being great friends, and Athelstan becomes a Viking, adopting their ways and culture.

In season 3, Athelstan meets Princess Judith (Jennie Jacques), the future king of Wessex, Prince Aethelwulf’s () wife. She forms an attachment to Athelstan, and they become lovers. But does Athelstan really love Judith?

Who is Athelstan in ‘Vikings’?

Athelstan is a monk at Lindisfarne in Northumbria when Ragnar makes the first trek to England. He abducts Athelstan first as a slave, but they become great friends who are more like family. Although Athelstan is upset by what’s occurred at first, he slowly acclimates into his new surroundings, becoming a Viking. He can speak Ragnar’s language, and he teaches him many things about his former culture, including the language and about Christianity.

But Athelstan is torn over the years between his two worlds and varying religions, something that takes up a lot of his thoughts. It’s a hard situation for him, but he chooses to stay with Ragnar despite constantly being drawn in two directions.

In season 3, Judith meets Athelstan for the first time, and she’s intrigued. Ragnar stumbles upon Wessex, and eventually makes a deal with the King, Ecbert (Linus Roache). Athelstan stays behind with Lagertha (Katheryn Winnick), Ragnar’s ex-wife, and he helps Ecbert communicate while the Vikings establish a farming settlement there.

Judith starts to actively pursue Athelstan, even telling him that she dreamt about him and that in her dream they had sexual relations. She begins to care for him deeply, admitting that she wanted something to happen between them sexually. They sleep together on at least one occasion, and through their union, Judith gets pregnant with Alfred, their child.

Judith is in love with Athelstan, and she tells him after they have relations in season 3, episode 4 of Vikings. She also asks him if he loves her as well as they lay in bed together.

“There. It’s done. I am glad. I love you. Do you love me?” she asks him when he doesn’t say it back right away.

To which he replies, “Yes, I love you,” as he stares into her face holding it. Based on the way he acts with her, it’s safe to say Athelstan does love Judith. He seems to actively care for her, but he knows she’s married to Aethelwolf. Plus, his home is with Ragnar now in Kattegat.

Although Judith asks Athelstan not to “leave” her, he decides to go home with Ragnar in the end, leaving a pregnant Judith alone in Wessex.

Judith’s ear is cut off

Judith announcement that she’s pregnant doesn’t make her husband happy. After giving birth, she’s taken from her bed and forced to go outside where the town is waiting along with Aethelwulf and Ecbert. Her ear is cut off as a gruesome punishment for adultery after she refuses to name the father. But she eventually does, before her other ear and nose can be cut off as well. She names Athelstan as the father, and Ecbert, who has always been quite fond of Athelstan, lets her go free,

“Athelstan is a holy man,” Ecbert says to Aethelwulf. “I cannot blame my daughter-in-law from being attracted to such a man of God.”

Ecbert decides to christen Alfred, naming him as well. He also promises to protect Judith and Alfred, and he does. Athelstan and Judith never see each other again, as Athelstan is killed by Floki that same season. He loved Judith, but not enough to stay with her.