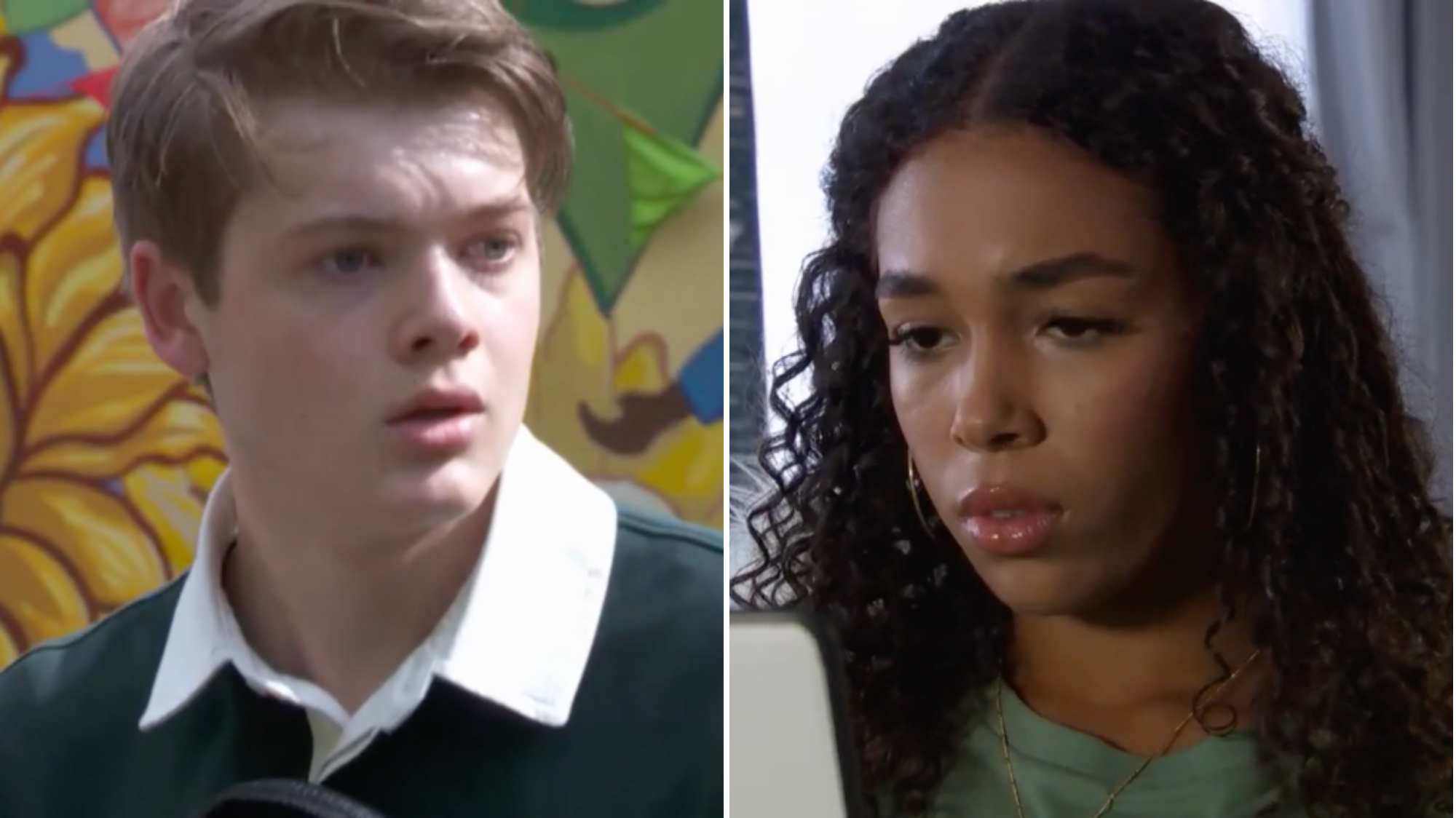 Vicky Grant (Anya Lawrence) was determined to get the proof necessary to prove boyfriend Joseph Holmes (Olly Rhodes) is not a killer in Hollyoaks, but in doing so, she uncovered a vital piece of evidence that actually proved otherwise.

Felix (Richard Blackwood) and Zoe Anderson (Garcia Brown) have both been on a mission to prove DeMarcus’ innocence and get him out of young offenders, and earlier this week, the former teamed up with Scott Drinkwell (Ross Adams).

Scott has a vested interest in taking down Joseph, given that the teen is tormenting Vicky, and he and Felix found the potential smoking gun they were after, locating a cracked phone in Joseph’s bedroom.

Vicky, despite her reservations, provided Felix with the password to access the device, and upon doing a search, he found the video clip of DeMarcus and Saul together in the park.

The clip, however, had been edited and trimmed, meaning that they couldn’t get access to the original – not without someone who had access to Joseph’s online cloud.

Having overheard a private conversation between Scott and Maxine Miniver (Nikki Sanderson) – one in which they discussed the possibility of Joseph being a murderer – Vicky’s mind started to whir, and thus she decided to do some digging.

She logged into Joseph’s mail account, where she retrieved a deleted video from the trash bin, only to find that it was the full-length clip of DeMarcus and Saul in the park – and this version saw a showdown ensue between Joseph and Saul, which led to the latter’s death.

The question is: what will Vicky do with this discovery? Will she turn her boyfriend in? Or will she make sure that the clip never sees the light of day?

Only time will tell.

Hollyoaks continues Thursday September 1 at 7pm on E4, or stream the next episode on E4 from midnight on All4.