The pressure was on as each of the campmates took part in a series of tasks to win keys for boxes containing either nothing, a treat from home, or a star which meant one meal. For one of the tasks, I’m A Celebrity… Get Me Out Of Here! stars Ruthie Henshall, Sir Mo Farah, Victoria Derbyshire and Vernon Kay were teamed up and had to win keys by completing The Serpent.

The challenge saw the stars pair up as they had to roll balls containing keys from one end of a board to the other, without dropping them on the floor.

First up was Ruthie and Mo, and the pair struggled with balancing the board as their campmates tried to encourage them from the sidelines

Ruthie explained after the task she was “frustrated” with the result of the challenge as she and Mo did not get as many keys as Vernon and Victoria.

However, it’s been revealed the encouragement from Vernon left Ruthie more annoyed. 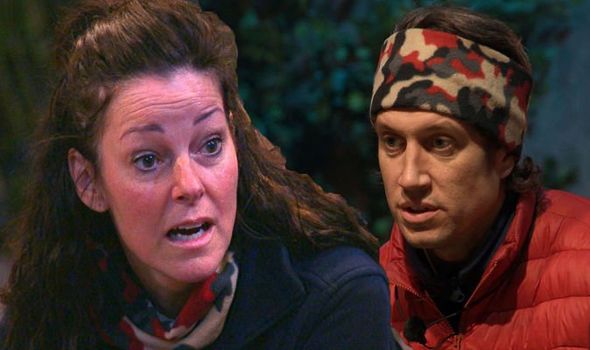 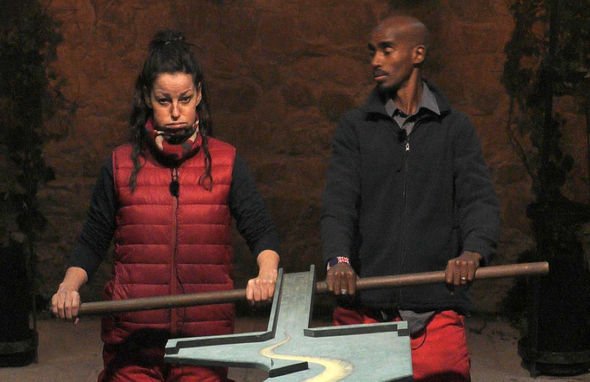 It’s been reported there was a tense exchange between Ruthie and Vernon over the West End star’s performance in the task, which wasn’t broadcast.

An insider revealed: “Ruthie was just so desperate to get everyone their treat from home that in the heat of the moment she snapped at Vernon.

“He was trying to be supportive but Ruthie clearly took it the wrong way and briefly barked back at him.”

They added to The Sun that Vernon went into “host mode” but it “distracted” Ruthie. 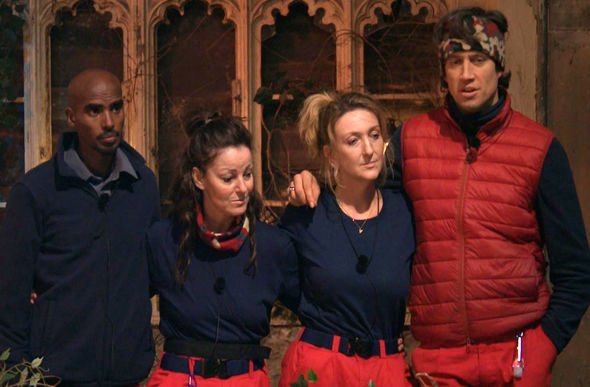 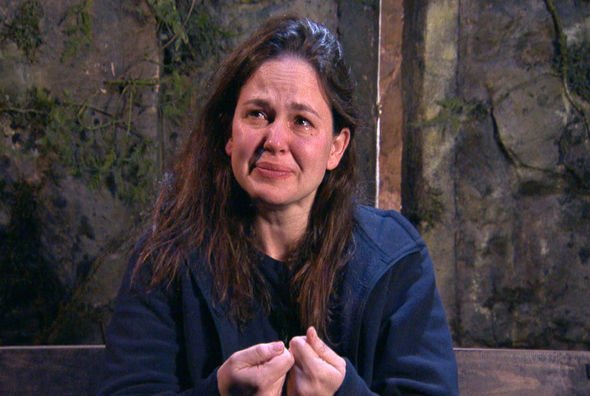 Fortunately the pair quickly resolved the argument acknowledging there was simply a lot of pressure to win treats for everyone.

“It was a fleeting clash, and everyone was friends again afterwards,” they noted.

Express.co.uk has contacted a representative for I’m A Celebrity for comment.

After the challenge, Ruthie told viewers: I was really frustrated because of what it was for — the treats from home.

“I don’t want to let anyone down. I think this is absolutely almost impossible. It’s crazy hard.”

Overall the celebrities failed to win all 22 keys which meant some stars might not get their treats from home.

As the campmates took turns opening boxes, it became clear three people would not get their message.

Giovanna Fletcher broke down in tears as she realised she’d be without a note from husband Tom and their three sons.

The camp is slowly getting smaller by the day with I’m A Celebrity coming to an end on Friday.

So far, Hollie Arnold, Ruthie, Victoria and Beverley have all been kicked out of Gwrych Castle, Wales.

Who will be the next celebrity to be voted out this evening?

I’m a Celebrity… Get Me Out Of Here! airs tonight on ITV at 9pm.