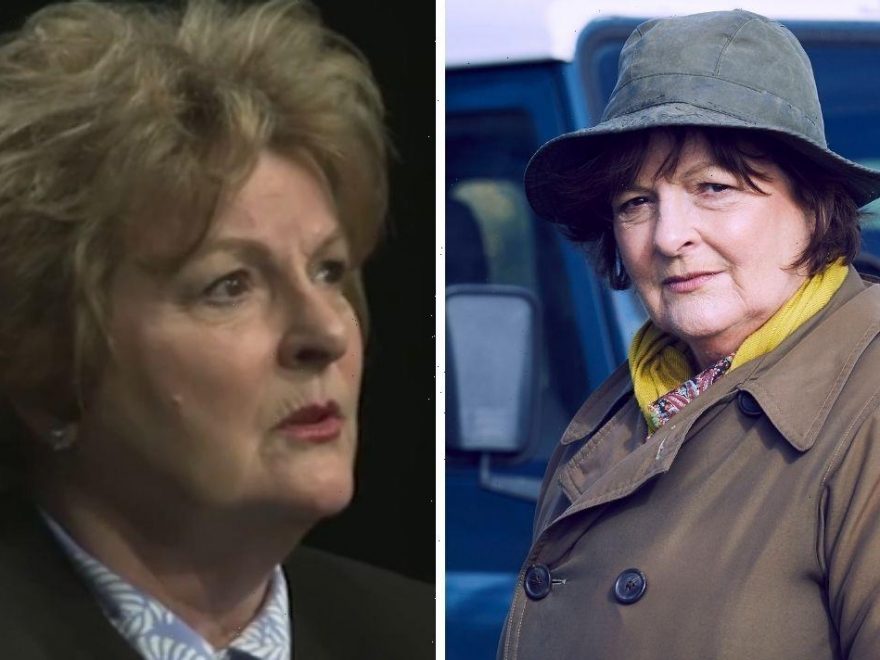 Brenda Blethyn began her career as an actress when she was 27 after she realised her love of the theatre and appearing on stage. The 76-year-old, who had been a typist for 10 years, landed her first role on stage by accident after she was asked to fill in for someone who had fallen ill. However, it didn’t take the DCI Stanhope star long to realise her love for acting, and so she decided to apple to drama school.

After joining drama school, the actress admitted she never thought she would ever appear on television or in films.

She began: “Before I finished my course, a few terms before the end I was offered a job at the London Bubble Theatre Company.

“It was a company that performed in a big yellow tent, and it would go to various boroughs in London.”

Despite loving her time on stage, Brenda explained she didn’t enjoy all of the roles she landed.

“It was a musical about Jack the Ripper if can believe that,” the actress said in an interview with the University of Kent.

“There was one awful, awful lyric and I had a single song…I was a tart.”

Brenda also landed her first movie role in 1996 in a film called Secrets and Lies directed by Mike Leigh.

“I never had any aspirations at all to… the first telly I did I think Richard Eyre recommended me to Mike Leigh,” the Vera star explained. “I’d had a small part in Imitation Game prior to that.”

Paying a tribute to the director, Brenda added: “But my introduction to Mike Leigh, who I’ve learned more from than anybody else in the business.

“I owe a great debt to [him], he was producing a play for the BBC and this one was called Grown Ups.

“But all of Mike’s films are all totally improvised, but it’s not the sort of improvisation that you might know and understand and think ‘I’ve got a good idea, I’ll go and do that’.”

“It’s not like that at all because your research is so thorough in creating the character, you start with a germ of an idea, a characteristic of somebody you’ve met at some time down the line,” Brenda explained as she discussed how she prepares for an improvisation role.

“And you create a whole history, and it takes months and months. [You look at the] tiniest detail, the earliest memory.

“What was the room like when you woke up in the morning? What sounds would come from the house, what was the view from the window? What did the bed linen feel like? What smells were coming from the kitchen?”

She added: “So, all these things and the minutest of details you would build up so that when eventually you come to do an improvisation, you’ve brought a memory with you.”

Series 11 of Vera was put on hold due to the pandemic, meaning bosses had to spread out when the episodes would air.

The first four instalments have already been shown, but fans are still eagerly waiting for the final two to drop.

Despite the delays, the cast and crew have been spotted filming in Newcastle for series 12.

Vera is expected to air on ITV later this year.