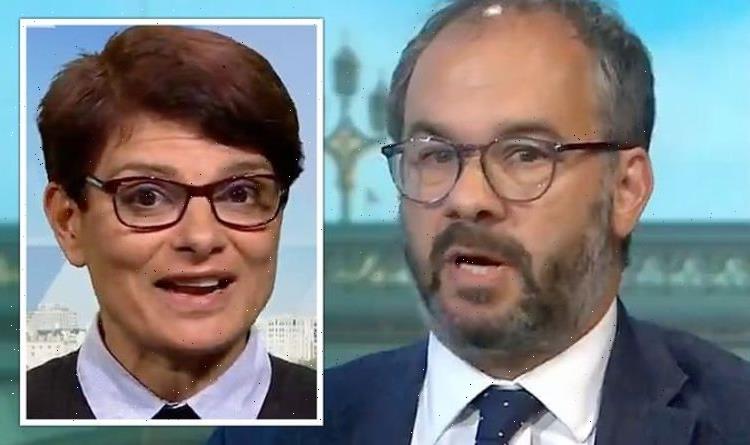 Labour’s Thangam Debbonaire has clashed furiously with Business Minster Paul Scully over the Universal Credit cut, asking why the Government would seek to “starve working-class families”. The Tory Minister however questioned where the extra £6 billion needed to keep the £20 uplift going would come from. No10 increased Universal Credit during the pandemic to help families struggling in the wake of the economic fallout but the uplift is to be cut next month.

Speaking to BBC Politics, Thangam Debbonaire argued: “Paul, there seems to be quite content to accept that there is a cost of living crisis without any solutions.

“We think they should at the very least protect the Universal Credit 20 pound uplift.

“And it’s just not realistic to say that that has no impact.

“It is having an impact right now.”

“The childcare costs are going up; council tax is going up.

“Why starve working families that money, which would actually help our economic recovery as a whole?

“And that would allow us to be able to grow the economy, to do more training and to expand all the things that Paul says he wants.”

She added: “Where’s the money gonna come from if ordinary working people are starved of the opportunity to pay their bills and feed their children?”

Mr Scully said in response: “She hasn’t explained where the £6 billion is going to come from to keep that in perpetuity.

“But what you then do, because we know historically Labour put up taxes, and if you do put up a penny on income tax..

Ms Debbonaire  interjected: “You are already putting up taxes.”

Mr Scully continued: “Then actually that takes away that benefit that you see in the first place so you’re giving with one hand, you’re taking with the other hand.”

Next month, universal credit will be cut back by £20 to its pre-pandemic level

The 20-pound uplift was put in place to help families struggling in the wake of the economic fallout, which has been estimated would plunge more than 800,000 Britons into poverty.

Some 5.9 million people in the UK are currently receiving Universal Credit.