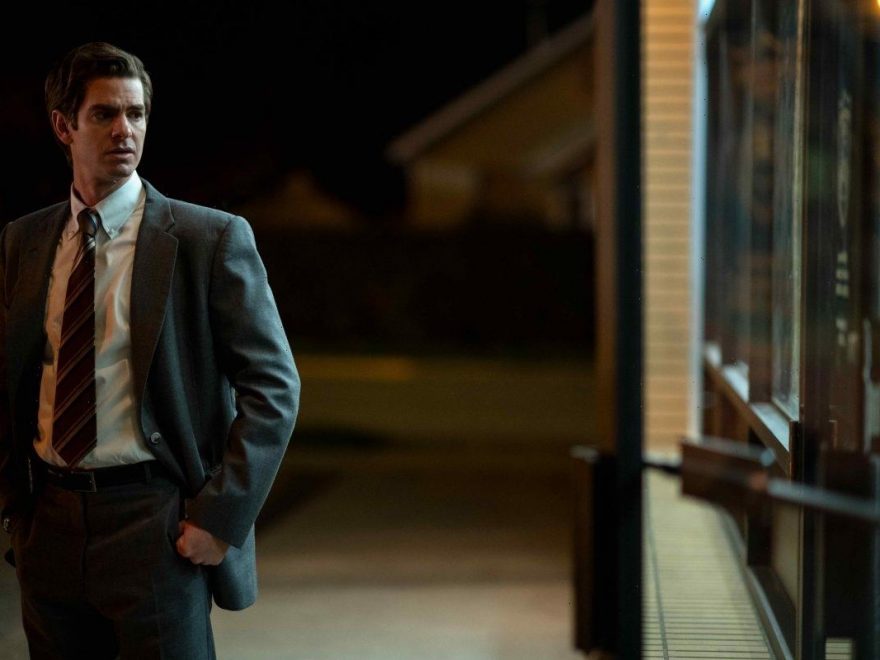 [SPOILER ALERT: Spoilers ahead regarding the case touched upon in Under the Banner of Heaven and the first two episodes,  “When God Was Love” and “Rightful Place.”]

In 2011, Deadline reported Warner Bros acquired the rights to adapt Krakauer’s 2003 book. Milk writer Dustin Lance Black and director Ron Howard have been on the project since day one.

Howard and his Imagine Entertainment partner Brian Grazer were slated to produce the project. Shannon Costello, Jason Bateman, and Stephanie Davis were also on board. It’s unclear why the project took so long to get off the ground, but the show released in April 2022.

As Krakauer recounts in his book, Brenda and Erica’s murders are two of Utah’s most infamous crimes. Brenda’s husband Allen Lafferty and his extensive list of family members are also based on real people, though their father’s name has been changed in the series.

Other characters in Under the Banner of Heaven, like Andrew Garfield’s role as Detective Jeb Pyre, are made up. The fictionalized detective “uncovers buried truths about the origins of the LDS religion and the violent consequences of unyielding faith.”

Krakauer’s book examines the murders of Brenda and 15-month-old Erica in contrast to investigating the origins of the Latter-day Saint religion. Under the Banner of Heaven follows a similar format, bouncing back and forth between the murders and the origin story of the Mormon church.

In both the book and the series, Mormon founders like Brigham Young and Joseph Smith come up. Other pertinent figures in the church like Emma Smith, Porter Rockwell, and John Taylor also appear in historical flashbacks.

The Lafferty family had a chiropractic practice

In episode 2 “Rightful Place,” the Lafferty’s chiropractor business comes up. According to the Chicago Tribune, the Laffertys were affluent chiropractors in Provo, Utah.

According to Krakauer’s book, Dan Lafferty completed his chiropractic training and began working for his father, Watson Senior, who ran his practice out of his basement. Dan and younger brother Mark took over when the church sent Watson on a two-year mission, as seen in Under the Banner of Heaven series.

After Krakauer’s book came out in 2003, the LDS Church published their thoughts online. “Krakauer’s portrayal of The Church of Jesus Christ of Latter-day Saints is utterly at odds with what I … have come to know of the Church, its goodness, and the decency of its people,” wrote Mike Otterson, director of media relations for the church.

He continued: “This book is an attempt to tell the story of the so-called fundamentalist or polygamous groups in Utah and to tie their beliefs to the doctrines and the history of The Church of Jesus Christ of Latter-day Saints. The result is a full-frontal assault on the veracity of the modern Church.”

Watch more episodes of Under the Banner of Heaven on Hulu every Thursday.