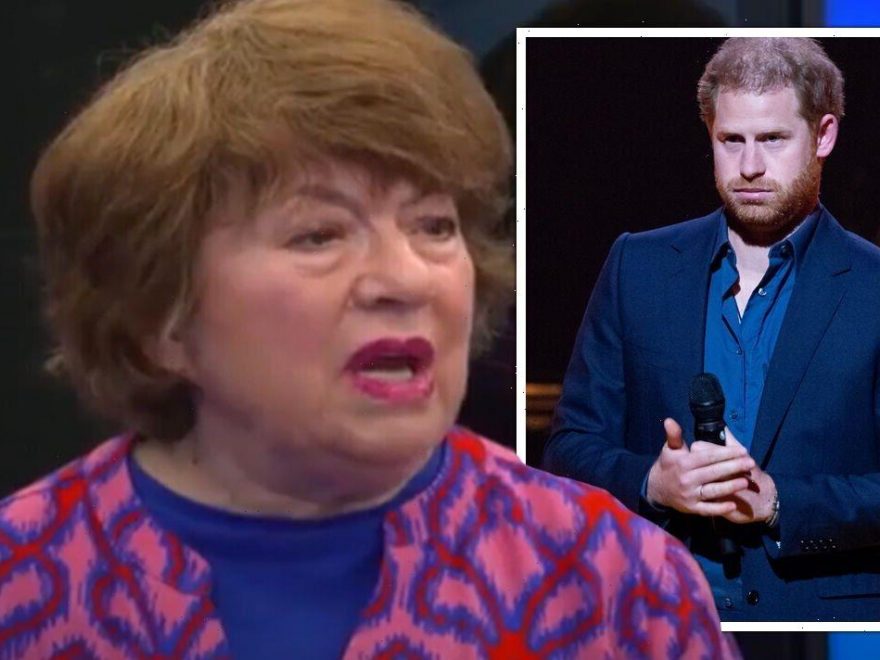 Prince Harry 'must be upsetting The Queen' claims Levin

Prince Harry received criticism from journalist Angela Levin during her appearance on GB News, after his plans for the Queen’s Jubilee weekend were discussed. Speaking on Colin Brazier’s show, she questioned the Duke of Sussex’s recent visit to the UK to visit the Queen. Her comments came after reports suggested Harry would play the rest of the polo season in Santa Barbara, California.

Prince Harry could be ruled out of the Queen’s Platinum Jubilee celebrations from June 2 until June 5.

He may take part in the Folded Hills Pope Challenge between May 9 and 15, the Lisle Nixon Cup from May 20 and 29, and the Cheval Athletics USPA Intra-Circuit which runs from June 3 until 19.

Sharing her thoughts on the fact he may not be present at the celebrations, the commentator and biographer claimed: “He’s plotting, one step after the other, trying to bring the monarchy down.

“It’s a claim but what else is he trying to do? He’s trying to destroy it.

“His brother and his father are trapped, he absolutely must be upsetting the queen.

“He pretends he wants to look after her but he’s not there when he wants to.

“When you haven’t seen someone for two years who is 96 and who has not been very well, you don’t turn up for about 10, 15 minutes do you?

“Because it’s more painful afterwards. That’s not a proper chat.”

The journalist went on to say: “He did the same with his father, he went deliberately late because Prince Charles and Camilla had to do the diaries the Queen couldn’t do.

“He couldn’t postpone anything because it’s very important with former soldiers and it’s all some sort of nasty game I think, it’s plotting, it’s sort of chess.

The Duke of Sussex and his wife Meghan Markle may both be missing from the celebrations this summer as he is set to play for the Los Padres Polo team in California.

Speaking about the latest reports, Lorraine said it is more important for the father-of-two to be in the UK with his family.

She said: “It’s a niche sport, it’s fair to say. I don’t think anybody would be upset if he missed it for such [an] occasion. Surely?”

She said she was “struggling to care” about Prince Harry despite previously having sympathy for him.

Sonia added: “We’ve had so much in recent months about ‘will he, won’t he’ – there’s been all these arguments about his security and who should pay for security and ‘is he entitled to the same security as the other royals?’

“The police and other government say that he isn’t… and to be honest, I had a lot of sympathy for Harry and Meghan when they first stepped away from the Royal Family.

“I think they did get quite a lot of unfair treatment in the press, but my patience is sort of running out.”

Harry will reportedly join Nacho Figueras, Juan Guerrero and Keko Magrini for the rest of the polo schedule.