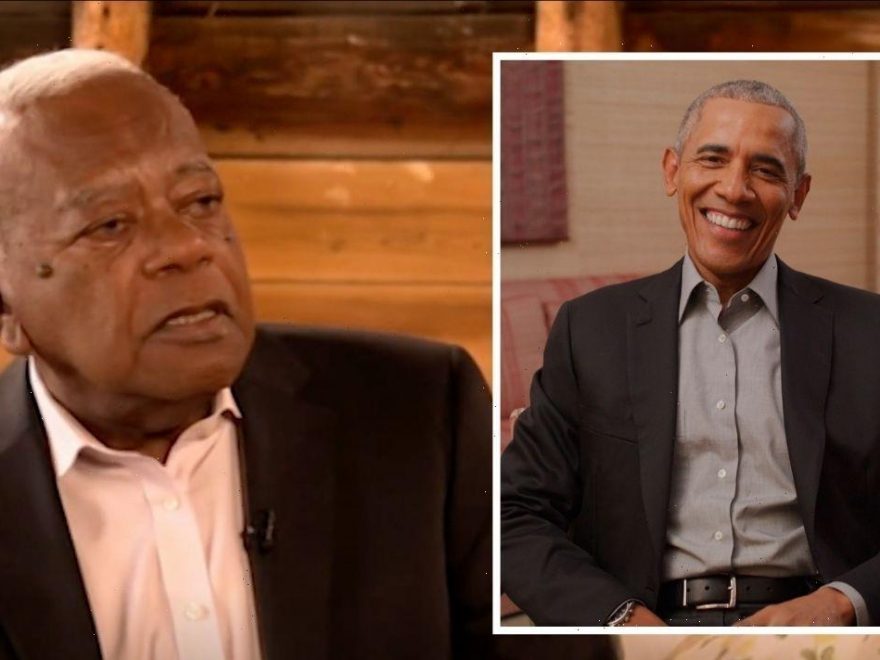 Love Your Weekend with Alan Titchmarsh welcomed Sir Trevor McDonald onto the show to talk about his extensive career and how the media landscape has changed. Trevor was the first person to interview Nelson Mandela after his release from prison, and despite talking to former President George W. Bush, there was one President he wanted to interview, but was never able to.

Sir Trevor was a staple to both the ITN and ITV news lineup for decades, and it was announced in October 2008 that he would step down from News at Ten once the 2008 US presidential election was over.

He read his last bulletin on 20 November 2008 and was replaced by Mark Austin.

Sitting down to talk to garden expert Alan, he looked back on his career fondly and spoke about the one interview “that got away”.

Alan asked: “Was there ever one that got away? One interview that you wanted to do but never did?”

Read More: ‘I switched off!’ BBC backlash as viewers blast Ros Atkins show ‘Not what we expect’

Trevor replied: “Well, I never got to do Obama, and I was there for his inauguration.

“Although it was coming to the end of my ITN career, I still would have liked to have done that.

“So that’s probably one that got away, but you don’t dwell on the things that you didn’t do.”

Looking back fondly on his career and the opportunities that presented themselves, he revealed he always looks on the positive.

He continued: “You count yourself terribly, terribly fortunate to have done the ones you did do.

“I’ve been very lucky, I’ve had the help of so many people to be able to do what I did, so I look on the good side.”

During his interview, he also described how the pace of the news and media had changed from when he first started and how journalists these days had to be “quicker at getting to the truth” as people expect it immediately.

He also revealed that they had a “way of covering up the many mistakes” they made back then.

DON’T MISS…
Owain Wyn Evans husband: Who is the BBC Breakfast star married to? [LATEST]
Esther McVey in pop at Harry and Meghan ‘What happened to Netflix – lost 200k subscribers’[LATEST]
Prince Charles ‘at end of tether’ with Harry and ‘was not happy’ about meeting with Queen [LATEST]

Joking about some of the intense stories he has covered and being in harm’s way reporting from battlefields, he jested: “I was never brave – I am a card-carrying coward.”

His most recent TV appearance was last month in The Killing of PC Harper: A Wife’s Story.

Alan Titchmarsh Love You Garden airs Sunday from 10am on ITV.