A trailer has dropped for the upcoming movie adaptation dramatising the controversial trial between exes Johnny Depp and Amber Heard, less than four months after the result was revealed.

In June this year, it was announced that Depp, 59, had won his defamation case against Heard, 36, resulting in the Pirates of the Caribbean actor being awarded $10million (£9.27m) in compensatory damages, and a further $5m (£4.64m) in punitive damages.

Heard won one of her three defamation countersuit claims against Depp, and was awarded $2m (£1.85m), having originally been sued by her ex-husband for an op-ed she wrote in 2018 about her experiences with domestic violence.

While Depp was not named in the Washington Post article, his team argued that the piece implied he was sexually and physically abusive towards his ex-wife, which he denied.

Heard later countersued, with the Aquaman star seeking $100m (£92.8m) in damages, claiming that Depp libelled her by calling her a liar.

Content platform and streaming service Tubi has now released a trailer for the film it’s created about the court trial, titled Hot Take: The Depp/Heard Trial. 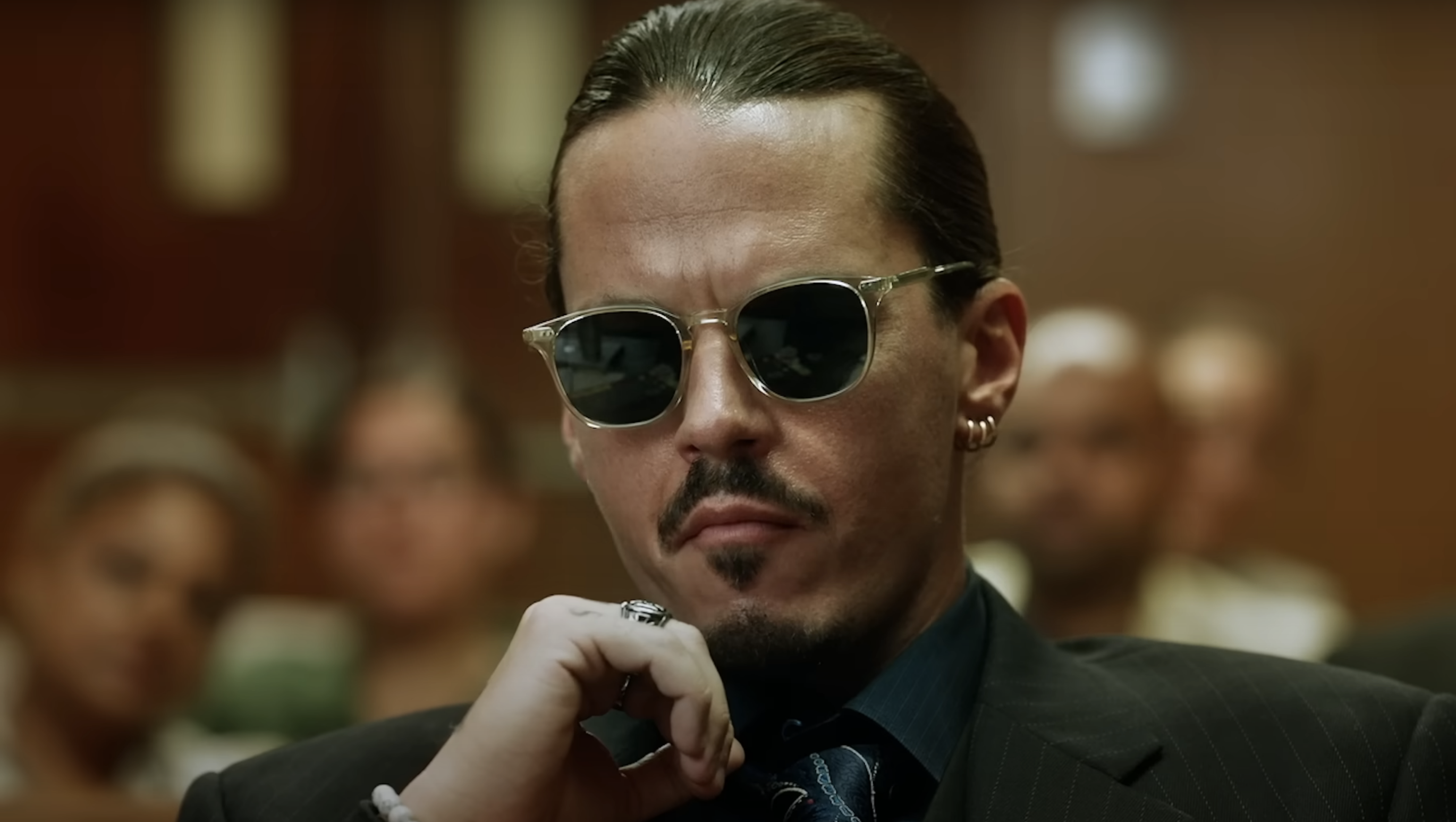 ‘All rise. Court is now in session,’ someone says at the start of the trailer, before close-up shots of the actors playing Heard (Megan Davis) and Depp (Mark Hapka) in their court attire are shown against a backdrop of dramatic music.

An actor playing a member of Depp’s team says in a court scene: ‘Miss Heard has defamed Mr Depp by calling him an abuser.’

Another shot shows the actor playing Depp looking panicked, turning to a friend as he says: ‘Look man, look what she said about me,’ seemingly regarding the aforementioned Washington Post article.

A reporter sharing updates on the trial informs her viewers that it’s day one of the trial, saying that while there are fans showing support for ‘both sides’, there is ‘clearly a favourite here’.

One scene in court shows Davis’ portrayal of Heard recounting how ‘scared’ she became after Depp’s ‘drug use and medication’ became ‘so bad’, as the character of Depp is shown lying clothed in a bath and taking a shot.

‘Girl just wants some attention,’ a critic of Heard’s says in a social media video, before the character of Depp tells the camera: ‘It didn’t happen.’

The trailer also references James Franco, after footage was shown at the trial of the Hollywood actor visiting Heard at her apartment in 2016, around the time that she filed for divorce from Depp.

‘Are you jealous of him too?’ Heard asks Depp in the trailer.

As the trailer progresses, both Depp and Heard appear to become worn down by the trial, as the former says in court: ‘This is my life. No one should have to go through this.’

Speaking outside the courtroom, Heard says: ‘I’m so tired of this. I can’t keep doing it.’

Davis is shown curling up on a bed in tears, as her voiceover as Heard states: ‘I have the right to say what happened to me.’

‘Listen to her lies, her allegations,’ Hapka’s Depp exclaims, as various shots show someone slamming their hand on a door and Heard rushing down some stairs.

The trailer ends with Depp sitting in the back of a car, smoking a cigarette as he says: ‘Can’t wait to see what’s next.’

Several commenters on YouTube questioned the need for the film after watching the trailer, considering the trial only ended a few months ago.

‘The only hot take here is the fact I’d rather re-watch six weeks of free, raw court footage than any money-milking, dramatized college project,’ one person wrote.

‘C’mon, we have all just seen the original less than 6 months ago, who needs a remake,’ someone else said, as another remarked: ‘The movie nobody thought they needed and… they’d be right.’

Hot Take: The Depp/Heard Trial is set to air on tubi from September 30 in the US.