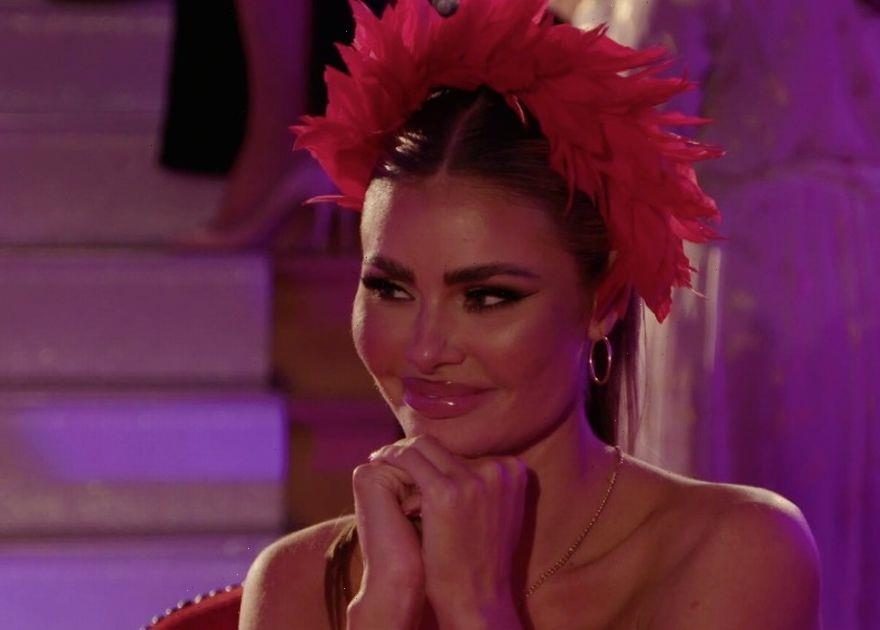 The Only Way Is Essex is set for fun scenes on Sunday's episode as James "Diags" Bennewith gets down on one knee for Chloe Sims after they made a pact they would get married on her 40th.

In an exclusive teaser clip obtained by OK! , it sees Tommy Mallet hilariously remind Chloe at her 40th birthday that she always vowed to marry Diags, 30, if she reached the milestone without meeting anyone.

To which Georgia Kousoulou and Chloe's sister Demi Sims gasp over the shock revelation.

Tommy continues: "Go on, do the right thing bro!"

To which Chloe and her guests start chanting "on one knee, on one knee" as Diags gets himself up from his chair and produces a dazzling diamond ring.

Getting excited, Chloe exclaims: "Wait, let me get ready!"

While Tommy jokes: "Make sure you don't rip the suit, you've got to bring it back tomorrow!"

Diags then gets down on one knee, complete with the ring, as he asks: "Chloe…" and she replies: "Yeah?"

Viewers will have to wait until Sunday's show to see the whole fun proposal and what Chloe responds with.

It comes after Chloe and Pete Wicks were looking close again recently after they were pictured arm-in-arm when leaving the National Television Awards in September.

And after TOWIE favourite Pete, 32, said he and Chloe "are good as gold" after breaking up last year following a secret on-and-off romance for two years, the-mum-of one has hinted her former flame was "right person wrong time".

It comes after Chloe shared a TikTok of her and Pete having a laugh on a driving arcade machine together, and the star wrote: "Recreating my first time on Pete’s motorbike.”

Despite the pair openly saying they are now "just friends", fans quickly gushed over the pair saying they wished they would get back together, with one writing: "You two are made for each other. If he's still denying that then he's a complete muppet!"

"Just get back together and make us all happy," another commented underneath.

However, one then weighed in with the words: "I do feel like u r both right person wrong time!!

"The chemistry is insane but I’m so happy You have your friendship back. Love u both on Towie xx," they added to their comment, which Chloe liked herself.

Chloe and Pete first left fans in shock when they confirmed their secret two-year romance last September after being friends for years on the show.

However, things turned sour for the pair on the Christmas finale as Pete refused to commit to the blonde beauty and had a major falling out when they broke up.

While the former couple didn't speak for months following their split, Pete says they have now patched things up again as friends.

"We are good as gold," Pete told The Sun. "We have been doing some filming together. I love filming with Chloe and Diags because we all have such a good laugh.

"Things are all good. We have known each other so long and we have been through so much so it is nice that we are back to having fun and being pals," he said.

"There is no awkwardness. Chloe is amazing. She is one of the closest people to me other than Lockie.”

To read more about Chloe and the TOWIE cast,sign up to our daily OK! newsletter .

The Only Way Is Essex is on Sundays, 9pm, ITVBe and the ITV Hub.