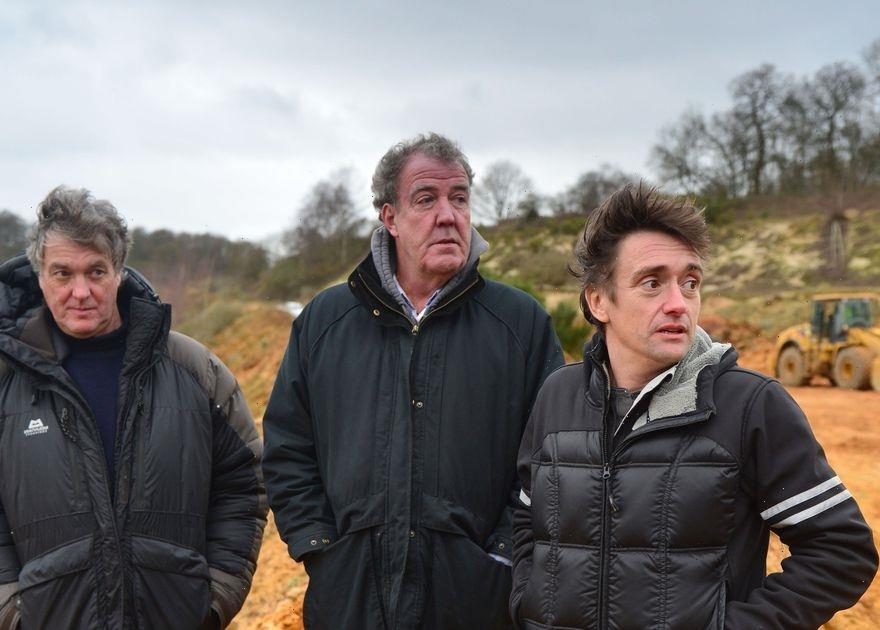 With Jeremy Clarkson, Richard Hammond and James May in the driver’s seat of the BBC’s hit car show Top Gear, fans never quite knew what to expect.

The show became well known for being embroiled in controversy, and certainly wasn’t afraid to take risks – at least until Clarkson was dropped by the corporation after punching one of the show’s producers in the face.

Since then, it has included a veritable revolving door of presenters, from Chris Evans – who only lasted for one series – to Friends star Matt LeBlanc.

The show breached BBC guidelines too many times to count – from disrespectful remarks about women wearing Burkhas to jokes about serial killers.

They even staged a crash with two Peugeots in series 22 close to where a woman died in a head-on collision, while driving the same car.

From dragging a dead cow around on the back of a car to various racism and homophobia accusations, Daily Star takes a look at the programme’s most controversial moments in history.

Legendary singer and Pop Idol star Will Young hit out at the presenters for homophobia – albeit when they went on to present Amazon show The Grand Tour.

He admitted Clarkson is the “least worst” of the presenters, though highlighted the constant narrative that he drives “gay” cars like Jeep Wranglers or Suzuki Vitaras.

In one of the Amazon specials, Hammond told Clarkson he was proud of his fellow presenter for coming out as gay with his Suzuki, before suggesting he should take it a step further with a pair of backless chaps.

He told The Times at Cheltenham Literature Festival: “The other two, in my opinion, are worse. The worst one is Richard Hammond. He’s the worst because he says things like: ‘I’ve got lots of gay friends.'” Will added: “The producers chose to make the main narrative: Jeremy Clarkson is driving a hairdresser’s car. Basically, Jeremy Clarkson is gay. They had him wearing a pink shirt. They spray the car pink. They have him playing It’s Raining Men.

“Clarkson was the least of my problems. It was Richard Hammond and it was the producers. They’re sitting in an edit suite for nine months. They created the whole thing and it was Amazon that let it go out. I was so shocked and so upset.”

The presenters have all denied the accusations of homophobia, with Hammond insisting people are “always looking” to be offended.

In 2007, Richard Hammond returned to present the programme after his Vampire Dragster crash left him in a coma for two weeks.

He later suffered from post-traumatic amnesia and a five-second memory. He had been travelling at 319mph.

But none of this was enough to discourage his pals and co-hosts from mocking him in one episode the year after his crash, with Clarkson wondering if he was “mental”.

James May, meanwhile, offered him a tissue in case he “started dribbling”.

Though the BBC insisted it was not intended to cause offence, charity Headway said it was “insulting to all those people living with brain injuries”.

In a statement, he explained: “This has created such anger among members of Headway. It really was offensive and insulting to all those people living with brain injuries.

"I think the whole way the show handled the issue was wrong. They should not have shown the crash.

"It just glamorised fast driving and gives the impression people can make a full recovery from head injuries.

"That is not always the case."

In 2014, a sign targeting the Traveller community saw Ofcom flooded with complaints, after Jeremy Clarkson held up a sign which read Pikey’s Peak – a derogatory term to refer to Gypsies and Travellers.

A Traveller Movement spokesperson told The Guardian at the time that the word is “offensive”, and slammed Ofcom for later clearing the programme of any wrongdoing.

They added in response: “We are appalled that Ofcom have followed the BBC Trust’s line and have green-lit the use of ‘pikey’ on Top Gear.

“Their decision that this particular use has no reference to Gypsies and Travellers is bankrupt.

“The decision is a victory for racist bullies.” Ofcom ruled that viewers would be more likely to associate the word ‘pikey’ with meaning cheap or disreputable, rather than something discriminatory against the Traveller community.

It’s barely scraping the surface of the many times Top Gear was accused of racism – including one moment in which Clarkson appears to say the N-word.

He insisted that he was not saying the word during the rhyme ‘eeny, meeny, miny, moe’, explaining that it had been completed in three takes – two of which included Clarkson “mumbl[ing] where the offensive word would normally occur”, and the third “replaced it altogether with the word teacher”.

He added: “Now when I viewed this footage several weeks later I realised that in one of the mumbled versions if you listen very carefully with the sound turned right up it did appear that I'd actually used the word I was trying to obscure.

“I was mortified by this, horrified. It is a word I loathe and I did everything in my power to make sure that that version did not appear in the programme that was transmitted.”

Richard Hammond admitted the cast and crew felt “genuine fear for their lives” while filming a special episode in Alabama, which saw them scrawl insulting things on each other’s cars while in ‘redneck territory’.

The graffiti included: “Man love rules”, “Country and western is rubbish”, and “Hilary for president”.

Speaking later about the incident, Hammond revealed: “It's a pretty lengthy story, but in the course of our trip, by way of an entertaining diversion to keep up our spirits during an especially lengthy drive, we had devised a plan whereby we would each try to get the others killed.

“We all felt that we would cause, at worst, a ripple of offence no deeper than that which might be generated among the residents of Cornwall by three visitors driving their cars through Truro with ‘Cream teas are rubbish’ painted down the sides. We covered three miles before being placed in genuine fear for our lives.”

One former Top Gear contributor who goes by Sniff Petrol admitted that he planned the words on the cars, writing: “I never imagined that some idiotic things daubed down three cars would get an actual reaction. Secretly, I was quite thrilled.”

He added: “People still think we faked it, which is a shame. I can tell you it wasn’t a set-up. Those were real people who were really angry, all as a result of my stupid slogans idea.”

Ofcom was flooded with complaints from furious viewers back in 2007, after Clarkson turned up with a dead cow strapped to his roof in Mississippi.

The trio were challenged with making dinner from roadkill, and after a dead squirrel failed to impress, Jeremy turned up with the cow – rapidly reversing his Chevy to make it fall off into the road.

Animal Defenders International slammed the episode at the time, with its chief executive Jan Creamer saying: “In this case, it is not a matter of whether the animals suffered for the programme, but the fact that Top Gear is making light of an activity that is so demeaning to animals.

"Top Gear is being completely irresponsible promoting this activity. Our message is simple. If a family programme like this thinks it is reasonable to degrade animals in this way to endorse such unthinking attitudes to our fellow creatures, then we must encourage viewers to boycott it."

However, a BBC spokesperson said at the time: “We've had just over 80 complaints about the dead cow on the roof for an audience averaging 6m viewers.

"Viewers are well aware of the type of humour on Top Gear and this was very typical of its irreverent humour. However, no offence was intended."

It was later revealed the cow had died several days prior and Clarkson had caused no harm to it.

The end to Top Gear as everyone knew it came in 2015, when Jeremy Clarkson flew into a rage which resulted in him punching producer Oisin Tymon.

He had been told he couldn’t order a sirloin steak during filming, and slammed Tymon as a “lazy, Irish ****” at a North Yorkshire hotel – which resulted in a lawsuit after Clarkson gave him a bloody lip in a fight.

The presenter was sacked from the BBC, with Clarkson and the BBC agreeing to pay out more than £100,000 to the producer.

James May later said it was the “huge amount of pressure” of the show’s huge viewership which led to the incident.

He explained on the Out to Lunch podcast in 2020: “There was a huge amount of pressure at the time.

“I hate the idea of being smug about it, but we were the world's biggest factual entertainment show – the biggest one in history, possibly.

“It's a huge number, and there is a pressure to keep it up. Occasionally it will boil over in one way or another.

“If we were AC/DC or Led Zeppelin, or the Rolling Stones and we were throwing up out the back of Rolls Royces or occasionally giving somebody a slap…

“Or if we were a professional football team misbehaving in a nightclub, people would go 'oh that's terrible, those rock stars…'

“It wasn't really that different, being Top Gear. And on the whole, I think we behaved quite well.”