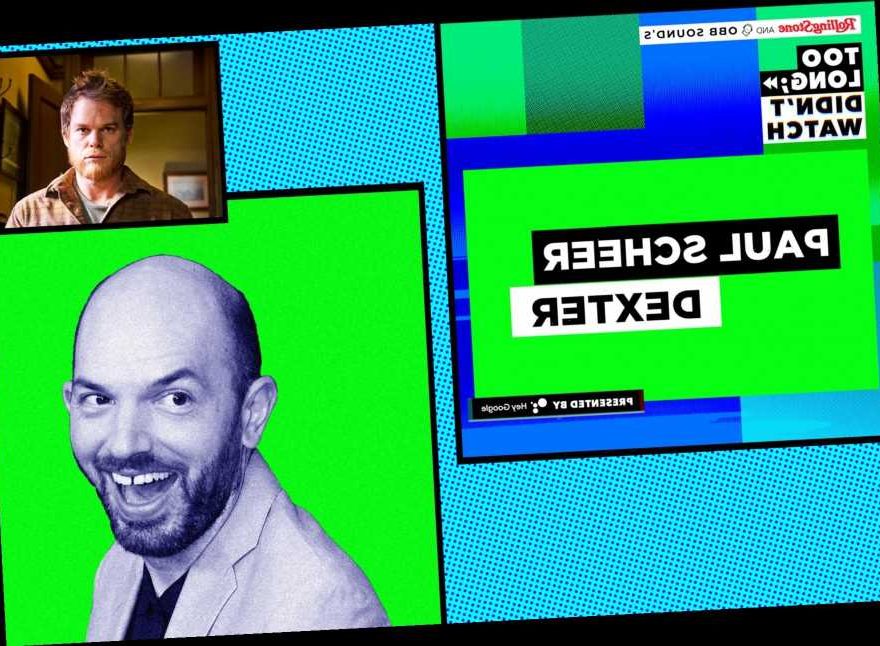 Welcome to Too Long; Didn’t Watch, the new TV podcast produced by Rolling Stone and OBB Sound, presented by Google Assistant, and hosted by yours truly. In each episode, we attempt a new method of scaling Peak TV, by pairing a celebrity guest with a series they’ve never seen and showing them only the pilot and the finale, to see if they can figure out what in the world happened in between.

This week’s installment concludes our 10-episode first season, though Too Long; Didn’t Watch will be back in a few weeks with a new round of celebrity guests tackling a new round of beloved shows. We wanted to end this stretch of episodes with a bang, which meant picking a series that infamously went out with a whimper: the Showtime serial-killer drama Dexter, whose finale is among the most mocked of the last decade. And we couldn’t think of anyone better to figure out exactly how things went wrong than the co-host of the podcast How Did This Get Made? (among his many other podcast and TV jobs, which also include Unspooled and Showtime’s Black Monday), Paul Scheer.

In many ways, Dexter was going to be among the most fascinating challenges of the TLDW concept. Everyone who stuck it out to the end hated that finale, but would someone who had jumped straight to it from the series premiere feel the same way? No spoilers, but it’s among our liveliest conversations to this point. (Also, we recorded this before Showtime announced plans for a Dexter revival limited series written by Clyde Phillips, who ran the show’s best seasons.)

You can subscribe now to Too Long; Didn’t Watch wherever you get your podcasts, including Apple, Spotify, Stitcher, Acast, Google, TuneIn, and Pocketcasts. If you like what we’re doing, please rate and review us on the platform of your choice. You can also stream the latest episode right here: