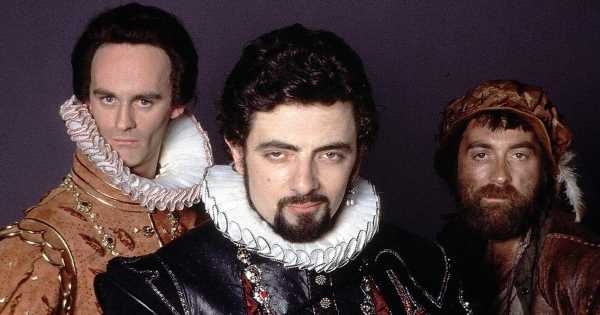 Tony Robinson reckons the Suez Crisis would be the perfect setting for a new series of Blackadder – 65 years on from the conflict.

The 75-year-old, who starred as Baldrick in the comedy classic, is lifting the lid on the nation’s “lost” military history in Channel 4 show Britain’s Forgotten Wars.

It covers everything from the Gulf War to Korea, Bosnia and the Malayan Emergency.

He thinks “all of them” would make a good basis for a Blackadder comeback but that the fiasco of the 1956 campaign could be an ideal setting.

Tony says: “Suez would be perfect, where our troops thought we’d won – and we were still going forward through the desert when the British said we can’t go any further because the Americans have threatened us with sanctions, so we’re pulling out!”

The crisis saw Britain, along with France and Israel, send in forces with the aim of regaining control of the Suez Canal from Egypt’s President Nasser. He had nationalised it and airborne troops landed on November 5 that year.

But Tory Prime Minister Anthony Eden was forced to withdraw after pressure from the US and Soviet Union.

Tony reckons embarrassment about our role is part of the reason Suez isn’t better known, adding: “We went from being a respected superpower to an international laughing stock in nine days. Not an easy thing to do. Even Boris would struggle to do that!”

But the star thinks it’s worth studying these almost-forgotten military events.

He explains: “It seems to me very few people are aware that between the end of the Second World War and the beginning of the Falklands there was only one year when our troops were not engaged somewhere in the world.

“I think if you don’t understand your history you are almost certainly destined to repeat it in one way or another.”

Following the recent messy withdrawal from Afghanistan, he thinks previous

defeats should have been a warning.

But Tony thinks we can be prouder of our role in liberating Kuwait during the Gulf War of 1990-1991.

“We went into the Gulf because the Iraq dictatorship occupied another foreign country,” he says. “The war itself did what it set out to do.” Part of the reason for making his new series was to honour veterans of our “forgotten” wars.

He says: “There are a lot of older people out there who fought in those conflicts who are puzzled and, I think, a little bit hurt that no-one knows they were there, no-one knows the sacrifices they made.”

And playing Baldrick has given him a unique bond with Britain’s armed forces.

“Baldrick was like the smallest cog in the war machine,” says Tony. “I think most people in the forces have felt like that.

“Even if they are generals they have felt like they are Baldricks, and so many people have been nicknamed Baldrick.

“I think because of that understanding and what that’s meant, so many forces people are fond of the character and so by extension they like me and are prepared to talk to me.

“It has given me an entrée into the whole world of the British forces and I’m really grateful for that.”

And he hasn’t ruled out a return for the much-loved character.

Tony says: “It’s hard to know how you could do anything that would be more iconic than that final episode of Blackadder Goes Forth when we all went over the top.

“But Rowan (Atkinson) has always said that if anything did come back it wouldn’t be a television series it would be something else.

“Who knows, maybe somewhere down the line someone will think of an appropriate way to bring those characters back to life.”

Meanwhile, repeats of his other great show Time Team, credited with making archaeology “sexy”, have been a hit during lockdown and a new version of the programme is set for a comeback on YouTube.

He says: “Time Team brought a dozen forensic experts into people’s back gardens. And history was brought to life under the feet of people who owned their own little garden.

“I think the romance of that is perfect for TV and perfect for viewers on a long Sunday afternoon.”