TIWA Savage has defiantly addressed her sex tape with her boyfriend being leaked online.

The Afrobeats singer, 41, hit back at trolls who tried to "destroy" her and make her feel "ashamed" over the explicit video. 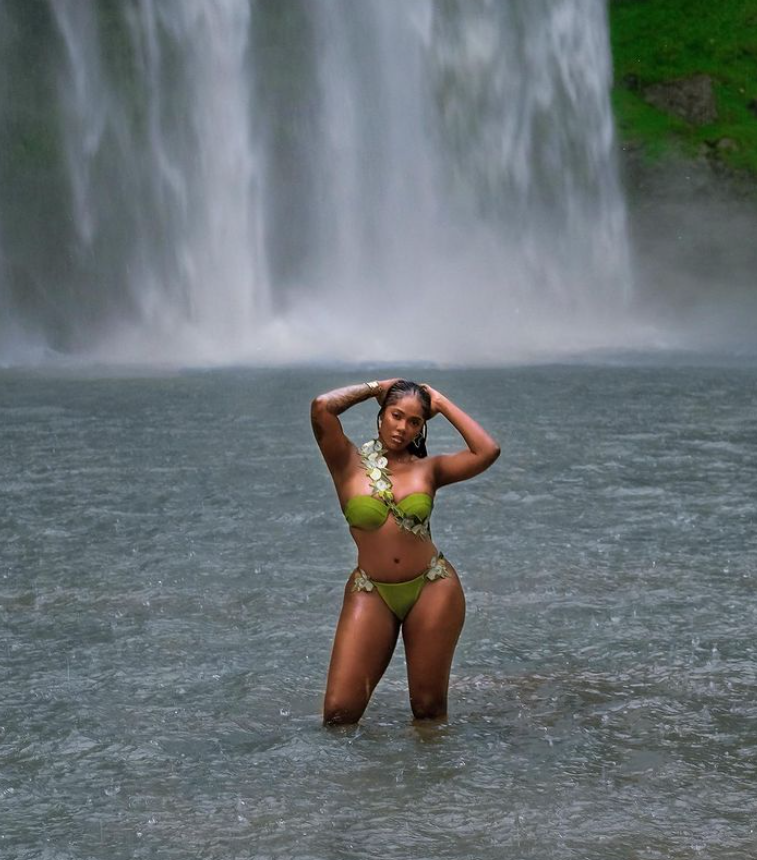 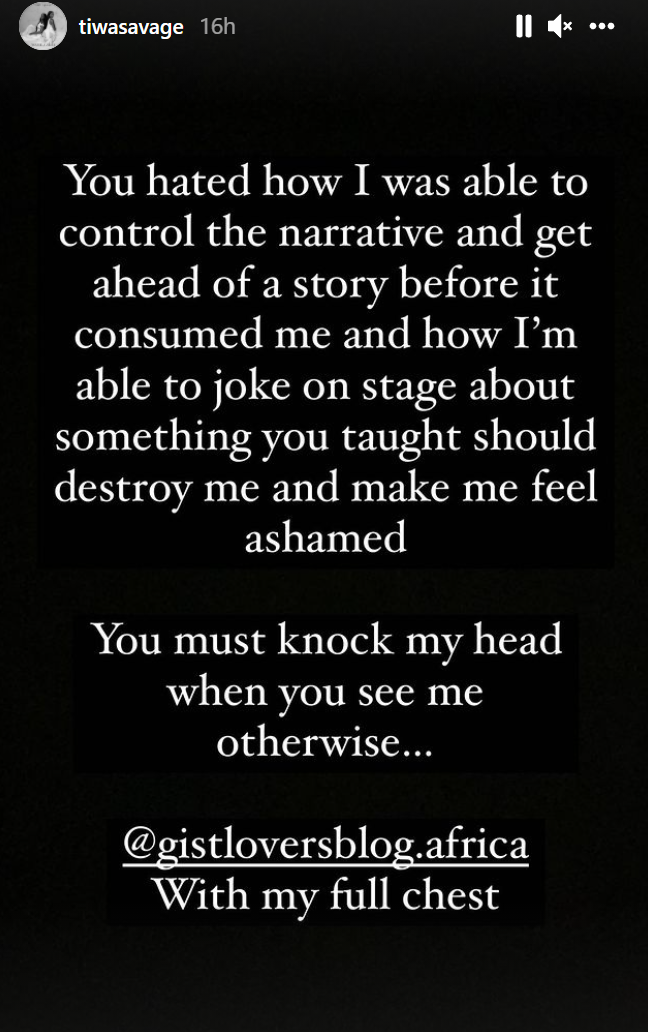 Tiwa wrote on her Instagram Stories: “You hated how I was able to control the narrative and get ahead of a story before it consumed me.

"And how I was able to joke on stage about something you thought will destroy me and make me ashamed."

The Nigerian artist added: "You must knock my head when you see me otherwise…"

Earlier this month, the Somebody's Son singer revealed she is refusing to pay a blackmailer who obtained the sex tape of her and her boyfriend.

Her unnamed partner accidentally posted the video to his Snapchat account in September.

A stalker was able to download the clip before it was deleted and has been attempting to extort Tiwa with cash payments in exchange for not releasing it.

She told Power 105.1’s Angie Martinez: “I’m not going to call it a sex tape, but it is a tape of me and the person I’m dating right now.”

Tiwa said she will not pay her blackmailer, and said she is not ashamed of it.

"I woke up and I was like no, I’m not because I pay now and then two months down the line you’re gonna come back again and then another two years," the singer said.

"Who knows even if I do send you the money, you probably would release it anyway.

"I’m not going to allow anyone to blackmail me for doing something that is natural. That’s what’s making me even angrier, like, ‘No you’re not going to do that to me.

"If you want to put it out – I’m that crazy, I could put it out myself. You’re not making any money from this. This is an intimate moment with someone I’m dating.’”

FEARS FOR HER FAMILY

Tiwa said she's worried her mom or her son, Jamil, who she shares with ex-husband Tunji “Tee Billz” Balogun, will see the footage.

The Koroba hitmaker admitted: "For me it’s my mom having to see this, my son. I’m gonna talk to him.

"For me it’s more about later on when he’s 15 and someone’s just trying to be rude to him in the playground or in school."

She also shut down fan claims that it was a publicity stunt and expressed concerns that she'll be "s**t-shamed" in Nigeria. 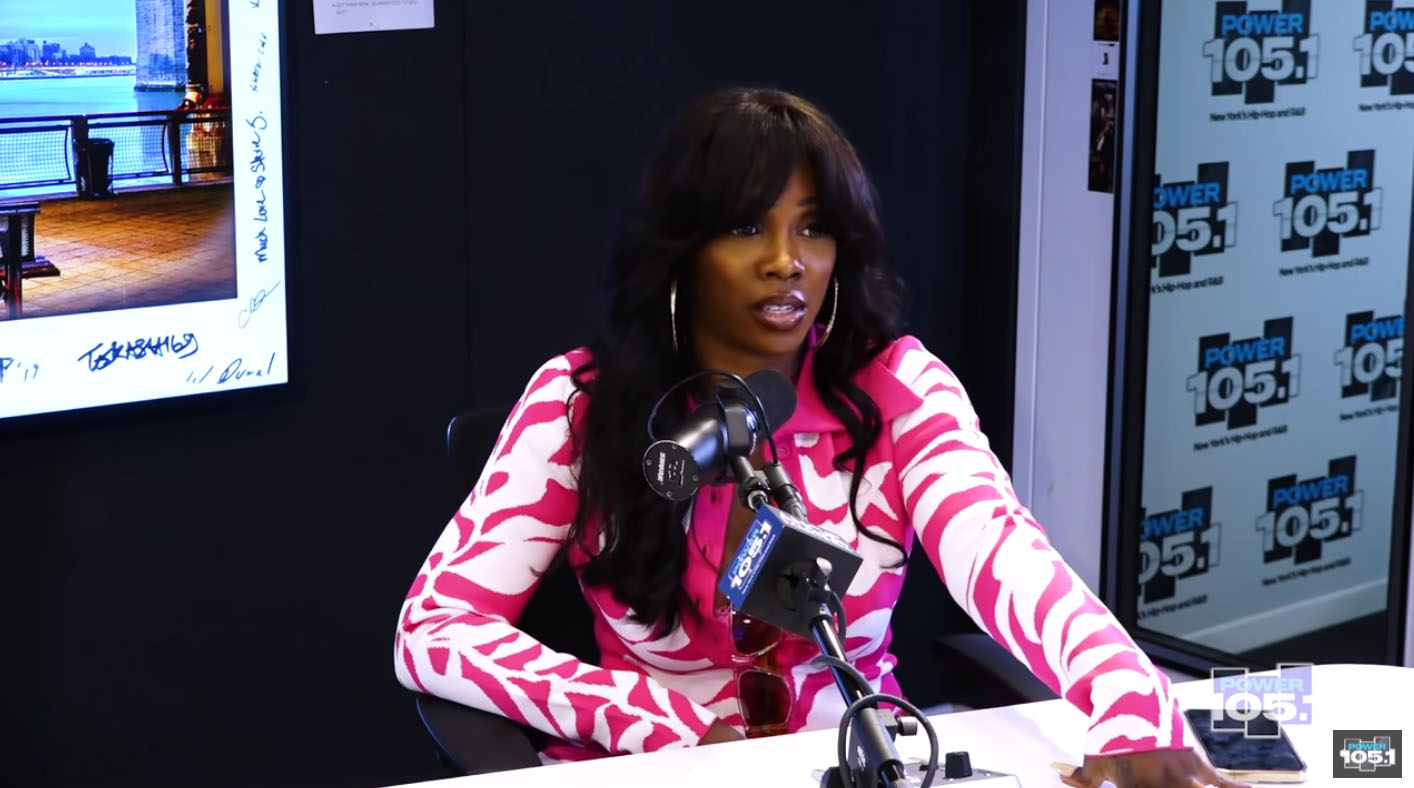 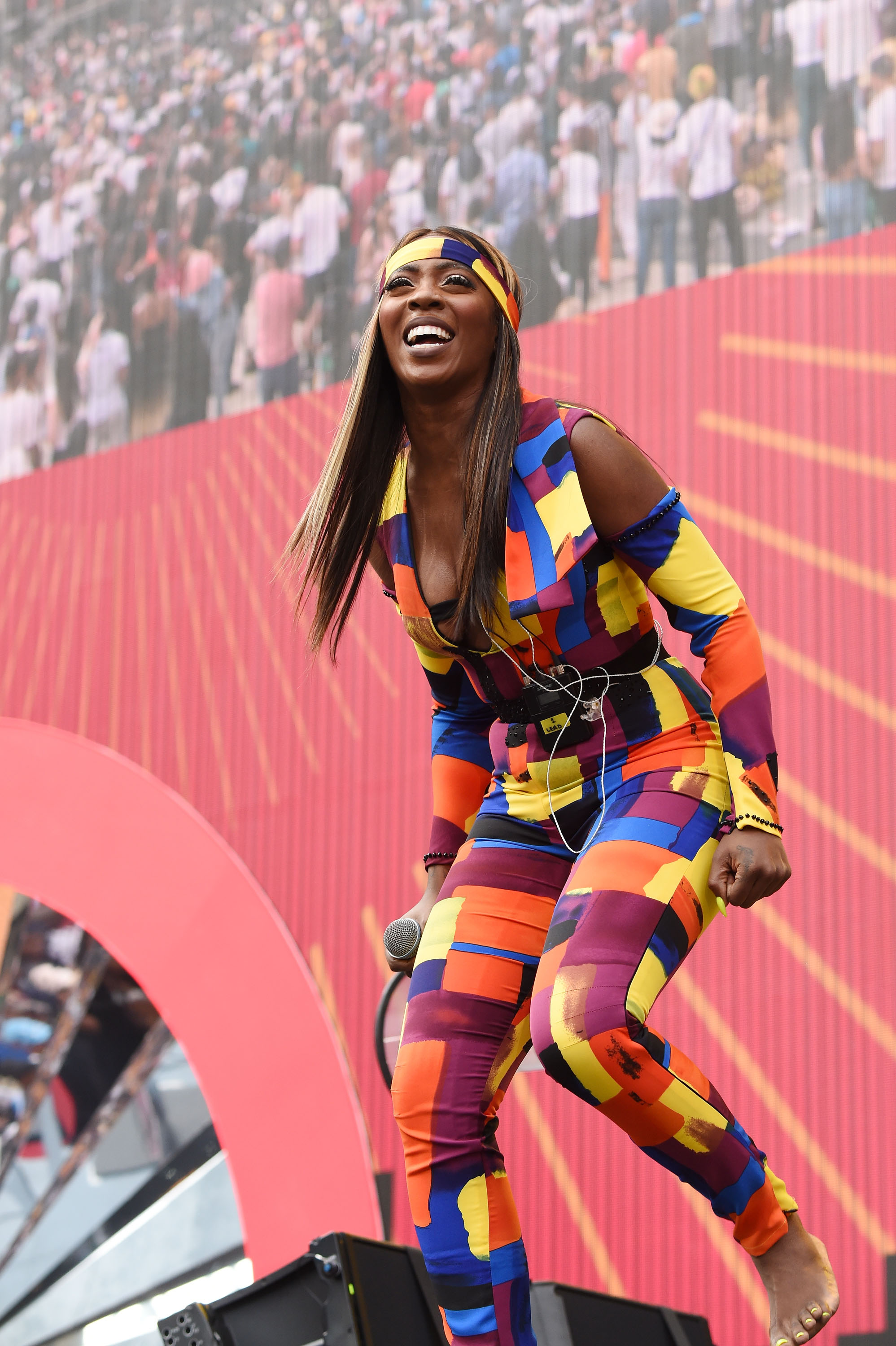