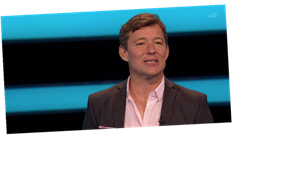 Tipping Point was back on our screens on Friday afternoon and viewers were quickly distracted by contestant Leanne.

Host Ben Shephard welcomed four contestants to the famous ITV studio as they battled it out to win the highly sought after cash prizes.

Leanne, Gregg, Dav and Su answered a series of questions to win turns on an arcade-style machine.

Dropping tokens down a choice of four chutes, they each hoped to knock piles of the counters off a moving shelve – the more they collected, the greater the prize fund.

Nurse Leanne tried her luck on the tough ITV quiz show and quickly distracted viewers with her looks.

However, fans were soon left broken hearted when she announced that she in fact had a boyfriend.

A second person posted: "Early Boyfriend mention by Leanne there."

While a third social media user said: "Boyfriend klaxon from put in well in advance."

Leanne revealed that she was off the market during the third round of the game show.

Ben, 45, asked the player: "Which US actress plays the character Pepper Potts in the Iron Man and Avengers film franchises?"

Leanne admitted that she didn't know the answer to the question but instead that her boyfriend would have known.

After some serious deliberation, she decided to pass over the question to her rival Gregg.

Despite her stumble on the movie question, Leanne sailed through to the final round and had the chance to win the £10,000 jackpot.

However, things didn't quite go to plan and the player failed to move the jackpot counter.

After running out of questions, Leanne decided to not gamble and take home the £2,650 she previously won on the show.

Ben said "Thats surely going to get you and James to New Zealand. Maybe something for the wedding fund as well?"