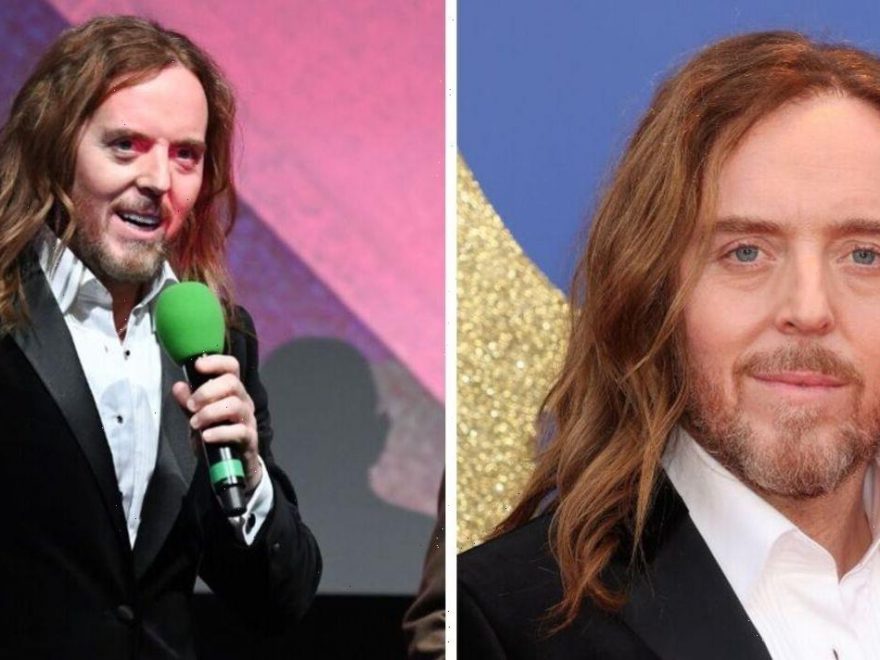 The Australian comedian, actor and musician didn’t hold back in expressing what angers him these days. When asked, the 47-year-old launched into a rant about “lefties sprouting bulls***”. He went on to emphasise: “That’s what I’m angry about now” while chatting about the movie adaptation of Matilda the Musical.

His hit theatre edition of Matilda has recently been made into a film starring Emma Thompson.

Although the kids’ classic is a family favourite, Tim’s career started on a very different path.

His taboo-addressing hits are how Tim initially made his name, with songs such as Thank You God.

He has also written protest songs in the last decade such as Come Home and I Still Call Australia Homophobic.

Several of Tim’s songs were extremely provocative, and the musician delved into some of the anger he used to express.

He ranted about more recent frustrations: “I’m more irritated now by lefties spouting morally certain bulls*** because I feel like that’s my side being dumb.”

Speaking to Radio Times about what makes him angry these days, he continued: “The loss of value for freedom of speech on the left and that they have just washed their hands of any difficult topics – that’s what I’m angry about now.”

The Northampton-born star has won acclaim for his musical adaptations, Matilda and Groundhog Day.

With his theatre production of the Roald Dahl classic being revamped through film, Tim talked about the special additions that come from the new on-screen version.

“What the film adds is huge emotional intensity, which therefore requires an explosion of magic realism to allow you, like Matilda, to escape,” he told the publication.

On Emma’s casting as Miss Trunchbull, Tim explained: “When Matthew [Warchus] said, ‘What do you think of Emma?’ I replied, ‘Can we get Emma?’

“And he said, ‘Yeah, she really wants to do it.'”  He went on to express his excitement over the casting of the iconic actress.

Detailing whether his comedy beginnings meant it was hard for people to take him seriously, Tim confessed he noticed the potential issue early on.

He went on to say he avoided being “pigeonholed” by retiring after five years in the comedy industry.

He has successfully established himself as a serious composer but still says he hasn’t quite put his anger-fuelled songs behind him.

Tim has two children, one son and one daughter, and was asked if they enjoy his work.

Unsurprisingly, he replied that they enjoy Matilda, but his daughter Violet’s favourite musical is Beetlejuice.

Matilda the Musical is set to hit cinemas later this month.

Tim composed the musical initially for the stage adaptation which began in 2010.

Tim’s full interview is available to read at https://www.radiotimes.com/.