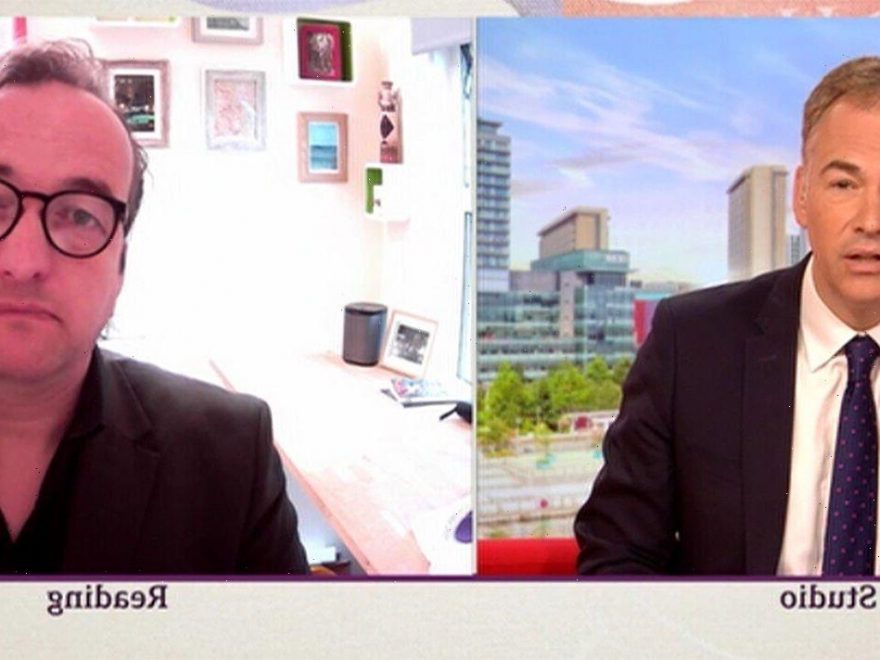 Republic campaigner Graham Smith lost it on BBC Breakfast this morning as presenter Roger Johnson ripped apart his claims. Mr Smith wants to abolish the monarchy and replace the Queen with an elected head of state. However, Mr Johnson simply pointed out that there are more people “out of the streets celebrating the Queen” during the Platinum Jubilee than there are people who support Republic.

He said: “Republic has 80,000 supporters. There are more than 80,000 people out on the streets celebrating the Queen this weekend.”

Mr Smith rebuked this: “That’s a fairly silly comment, to be perfectly honest.”

The BBC Breakfast host fired back: “It’s a fact, isn’t it? There are a lot more people on the street!”

The Republic campaigner responded by dodging the question, insisting that recent polling proves his point.

He said: “That is a daft, obtuse comment. The polling is what matters.

“There are millions of people who want the monarchy abolish, vast numbers who are not interested and there is a substantial minority who are interested.

“I don’t begrudge people who want to celebrate the Jubilee.

“But let’s not pretend it’s a national celebration, it is not.”

This comes as television viewing figures showed that millions tuned in to watch the BBC’s coverage of Trooping the Colour on Thursday.

A peak audience of 7.5 million people watched the BBC’s broadcast of the start of the four-day Platinum Jubilee celebrations.

However, the figures are substantially down on previous royal occasions, such as Prince Philip’s funeral last year which peaked at more than 13 million people.

Today, on the third day of the Platinum Jubilee celebrations, members of the Royal Family will attend celebration events across the country.

Sadly, the Queen has pulled out of the Epsom Derby and will instead watch it on TV from Windsor, according to Buckingham Palace.

Instead, her daughter, the Princess Royal, is expected to officially represent the monarch at the derby.