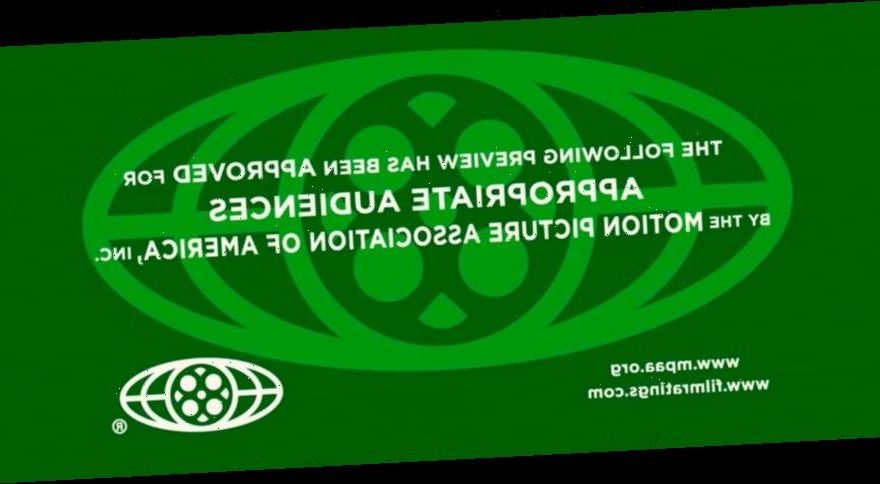 Trailers are an under-appreciated art form insofar that many times they’re seen as vehicles for showing footage, explaining films away, or showing their hand about what moviegoers can expect. Foreign, domestic, independent, big budget: What better way to hone your skills as a thoughtful moviegoer than by deconstructing these little pieces of advertising?

This week, we head to the salon, fight the power, run for our lives, chronicle a murder, and look back at a console that changed the world.

In her review we posted for the movie, our ow Marisa Maribal said, “The Stylist is a delicately deranged glimpse into social anxiety and loneliness.” That’s all I need to hear to give director Jill Gevargizian ‘s latest film a chance.

A lonely hair stylist becomes obsessed with the lives of her clients and descends into murderous madness.

If you were to seek it out, the poster for this movie looks like some kind of bootleg, but I’m in love with this trailer. It comes right out of the gate with establishing its mood. The color palette is absolutely wonderful, and the pacing is solid as we just keep rolling without ever looking backward. It looks like a low-budget film, but it has the confidence and swagger of a movie 10 times its size. It just goes to show you that you don’t have to be a big studio movie in order to have a powerful trailer.

If you’re going to watch only one foreign action movie this month, directors Frederik Louis Hviid and Anders Ølholm got you covered.

The exact details of what took place while Talib Ben Hassi (19) was in police custody remain unclear. Police officers, Jens and Mike, are on routine patrol in Svalegården’s ghetto when news of Talib’s death comes in over the radio, igniting uncontrollable, pent-up rage in the ghetto’s youth, who lust for revenge. Suddenly, the two officers find themselves fair game and must fight tooth and claw to find a way out.

With a mention of the word “ghetto” in the film’s description and a story about perceived police brutality, this doesn’t feel like a great combo in today’s climate. But the trailer is solid. It’s full of intrigue and has an escape vibe that tells me that the action is all going to happen in a very compressed timeframe. I don’t know why my caveman brain loves to see movies about people on the run. Escape From New York, 16 Blocks, Patrick Dempsey’s Run, they all speak to me. This movie, or at least the trailer, checks all the boxes I need to press play if it’s on VOD.

Director Jiayan Shi does yeoman’s work by chronicling a senseless murder in the Midwest.

Finding Yingying tells the tragic story of Yingying Zhang, a young Chinese student who went missing from the University of Illinois campus. Director/producer Jiayan “Jenny” Shi closely followed her family’s in their first ever trip to the USA, as they searched to unravel the mystery of her disappearance and seek justice for their daughter while navigating a foreign country.

I remember hearing about this story when I lived in Illinois. At first, it was a story of disappearance, but as the film will no doubt go into greater detail about, it turned tragic and then downright maddening when the truth came out. True crime documentaries, for the most part, have the benefit of time and distance; people have moved on, emotional wounds have scabbed over. But when the crime is this fresh, it’s all the more devastating. The trailer captures what it’s like for people, now, when something like this happens in their community or their family. It’s wonderful that the producer who helped bring Mind the Gap to the screen is mentioned if only to get more people to see this story. It doesn’t end well, but we can hope it’s a fitting tribute to an innocent life lost.

Playing With Power: The Nintendo Story

We’ve got a documentary on Nintendo, Sean Astin narrating, and a lot of nostalgia.

Playing With Power: The Nintendo Story peels back the curtain on the famously secretive Japanese company that would eventually take the global videogame industry by storm. Discover the humble beginnings of a gaming business that began many decades before the invention of television, and ride along the bumpy road of hits, misses, and wild ideas that turned Nintendo from a local playing card maker into a worldwide household name.

First, it’s Crackle. It’s not like this is bowing on the Criterion Channel or even Netflix, but I’m still absolutely down with all of this. It just has to be a competent documentary that you could enjoy on a lazy afternoon to make this a winner. The trailer doesn’t surprise or offer anything coming close to a controversial angle, but even in its softball approach, this is comfort food. For those who know, and have an interest in the brand, it’ll satisfy.

A groundbreaking documentary series embedded inside the shocking election and tumultuous first term of Larry Krasner, the most controversial District Attorney in the nation, and his mission to upend the criminal justice system from within.

I have difficulty trying to imagine how slow change happens within the criminal justice system. The film takes a look at what it means for police to have qualified immunity from prosecution, wanting to reform, the reasons why people of color are incarcerated at alarming proportions compared to the general population. It’s a lot to tackle, presenting one part politics, and another part human rights drama. But it’s the inclusion of people affected by poor policies, by people affected by corruption, that makes this a standout.

Nota bene: If you have any suggestions of trailers for possible inclusion in this column, even have a trailer of your own to pitch, please let me know by sending me a note at [email protected] or look me up via Twitter at @Stipp

In case you missed them, here are the other trailers we covered at /Film this week: