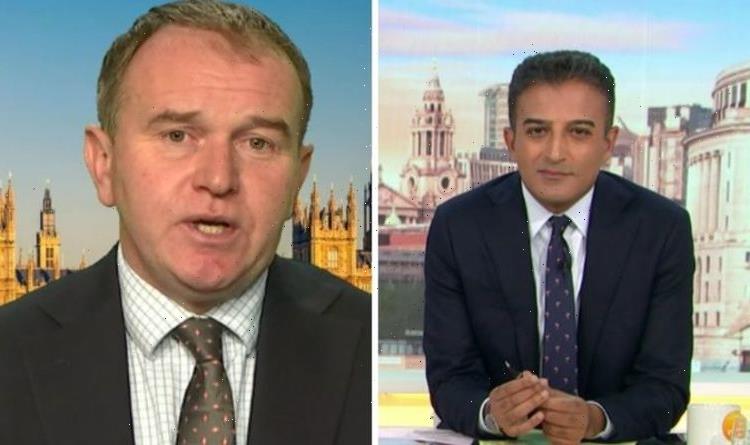 Adil Ray came to blows with Environment Secretary George Eustice during Friday’s instalment of Good Morning Britain. The minister appeared on the ITV news programme to give updates on the escalating dispute between the UK and France over fishing licences being awarded. France has threatened to block UK boats from birthing in French ports and has seized a UK trawler claiming it had no license to operate in French waters. Ray erupted at Eustice, telling him, “This was the sunny uplands you promised?”.

Speaking on Good Morning Britain, Eustice was interviewed on the ongoing fishing licence row which has gained traction in recent weeks.

Ray asked the Tory frontbencher: “Was this part of the Brexit strategy of taking back control, is this what you expected by that?”

Eustice replied: “What we expected by becoming an independent coastal state is that we would get a fairer share of the fish in our waters, so as part of our agreement the EU fishing fleets relinquished 25 per cent of their quota and that was fair.

He said this was what the Government has “expected”, which visibly infuriated Ray.

Ray erupted: “This is what you expected? These skirmishes in the middle of the sea? This was part of the plan, was it? This was the sunny uplands we were promised with this new vision of Brexit? This was exactly the plan?”