Mandy Moore first became famous as a singer, but now the acting side of her career has become more prominent thanks to This is Us. Such is her skill that some viewers forget or have no idea that she’s only 35.

It’s not just the fans who have noticed. Moore has won Screen Actors Guild awards, and this year she got her first Emmy nomination for playing Rebecca. This is Us is famous for jumping back in time, and Moore is doing that even outside of the show. She’s starting her music career again.

Moore segues from music to movies and TV 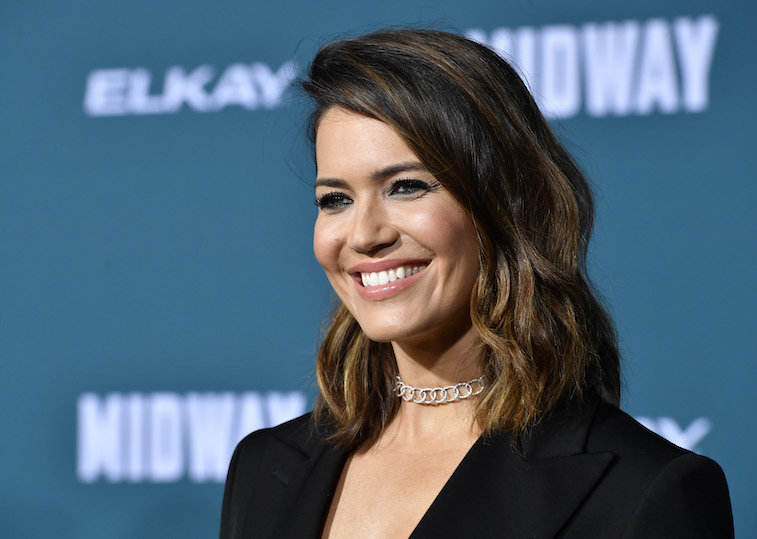 Moore first came to prominence 20 years ago on the strength of her debut single “Candy” and album So Real when she was 15. Her fame launched at about the same time as the boy band craze of the 1990s with the likes of NSYNC and the Backstreet Boys, touring with both. Her song from the following year “I Wanna Be With You” became her biggest hit to date.

She made her live-action movie debut opposite fellow up-and-comer Anne Hathaway in The Princess Diaries in 2001. The next year she starred in the Nicholas Sparks doomed romance A Walk to Remember, and she was off and running.

Although her music career began to decline, her acting career went in the opposite direction, with Moore earning strong reviews for movies like Saved. One of her most prominent credits came when she voiced Rapunzel in Disney’s Tangled and its spin-offs.

As time progressed, though, Moore began struggling to get steady acting gigs and had appeared in a few TV pilots that didn’t get picked up. She  was contemplating giving up when she got the This Is Us script. Several crying jags later, she’s riding high as Rebecca, often inviting her social media followers to the makeup chair as Rebecca ages with the show’s trademark flash-forwards.

‘This is Us’ fans marvel at Moore’s skill

Most recently, Moore has been breaking viewers’ hearts with her portrayal of the aging Rebecca, who appears to be sliding into dementia as members of her family gather around her. Reddit users have been so impressed with Moore’s skill that they forget that she hasn’t reached middle age yet in real life. To hear the topic-starter tell it, it’s not just the makeup.

“We’ve all seen actors get the aged look but then act, walk, talk and move exactly how they did before and it’s so fake, almost slapstick. Mandy is nothing short of amazing, My 15-year-old son watches faithfully with me and he often compares me to Rebecca (the old one lol, sadly) and I even have to remind him once in a while ‘She’s really only 35.’”

Other commenters pointed out that she’s one of the youngest adult cast members on the show to boot.

“Brilliant acting done by her. She plays her part so well that you don’t think for even a second that she is the youngest of them all. Talented but underrated actress,” another fan said.

Having reinvigorated her acting career, Moore has also been working on reviving her singing career. She hasn’t released an album of new music in 10 years, partly because she was struggling in her marriage to her former husband, singer Ryan Adams, who she claims psychologically abused her.

She has remarried to Taylor Goldsmith of the band Dawes, who has been helping her craft her new music. She has released two songs, “When I Wasn’t Watching” and “I’d Rather Lose,” with an album and tour to follow in 2020. Listeners will find she’s evolved considerably from her bubblegum sound of 20 years ago. Now she sports a more adult contemporary sound not dissimilar to Joni Mitchell or Carly Simon.

“Getting back to it. It’s time. I miss it,” Moore said earlier this year. “I’m not scared anymore. No more excuses. No more allowing someone’s else insecurities to dictate my relationship to music and singing. Boom.”