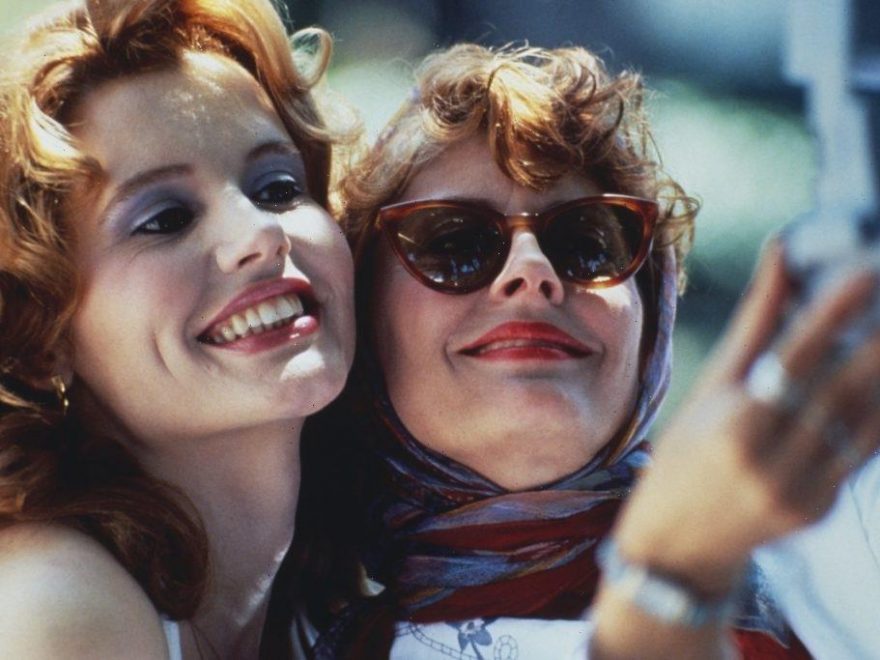 For 30 years, Thelma & Louise has remained one of the most beloved women-led movies of all time. Susan Sarandon and Geena Davis starred as two traveling friends who have to find themselves out of difficult situations. The movie, spearheaded by renowned director Ridley Scott, earned six Academy Award nominations and was hailed as a feminist film for a new age.

‘Thelma & Louise’ was a beloved movie about women

In 2014, Sarandon told Yahoo! Entertainment about the significance of Thelma & Louise for women at a critical point in history.

“We were two gals in the middle of what was basically like a cowboy movie,” she said, “and we didn’t understand that it was going to be taken as any kind of iconic movie. Ridley [Scott] took this little thing and placed it in this heroic landscape.”

Thelma & Louise also featured a young Brad Pitt in one of his first major movie roles. His character and Thelma (played by Davis) have a night of passion together before discovering that he had stolen her life savings.

“I remember thinking [Pitt] was darling. And you know, they spent a lot of time on that love scene,” Sarandon recalled. “I remember a lot of time on the love scene. And Geena tells it that Ridley was personally oiling [Pitt] down and he got much more attention than she did. But when I saw the movie I thought that all of his stuff in the police department is where you really saw that Brad was something really special.”

Thelma & Louise ends with Davis and Sarandon’s characters driving off a cliff into the Grand Canyon to avoid being chased by the police. As they speed to their own demise, Louise plants a kiss on Thelma.

It turns out the kiss was entirely improvised on Sarandon’s part.

The kiss wasn’t actually a part of the script at all, and Sarandon decided to add it in herself.

“We did the end of the movie actually in like one take, because we spent the whole day doing helicopter shots and all the other stuff that had to happen on the last day of shooting,” she remembered. “We had one take and I just told Ridley I’m going to grab her and kiss her, and he said, ‘OK.’”

Ultimately, the scene remains one of the most iconic film endings of all time.