One of the longest-running and most beloved soap operas is The Young and the Restless.

The drama has run episodes on CBS since 1973, but has been on a hiatus due to COVID-19. The virus has halted the filming of many entertainment products, and the show is no longer producing new episodes. Like other CBS soaps, the showrunners have decided to air special throwback episodes, with a new special theme each week.

The theme weeks include episodes featuring the various villains of the show, as well as a week dedicated to the iconic Katherine Chancellor (Jeanne Cooper). One of the weeks featured episodes that focused on one of the families on the show, the Winters. The Winters family is one of the few African-American families that are featured on primetime soap operas, and are favorite characters of many viewers.

Who is the Winters family in ‘The Young and the Restless’ 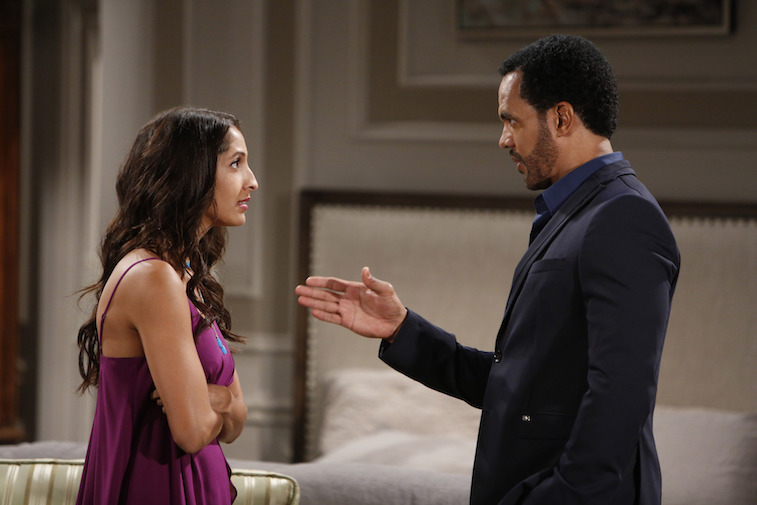 RELATED: ‘The Young and the Restless’: Here’s When to Expect New Episodes

In the long history of the show, there have been many families that make up the main players of the soap.

The Young and the Restless originally focused on the wealthy Brooks family and the middle-class Foster family. While the rich and poor dynamic remains, the focused character families have changed in the shows astonishing 47 season run, which makes it one of the longest-running shows of all-time.

The new characters and families that have taken focus include the Abbott, Newman, and Baldwin clans, among others.

One of the most beloved family trees is the Winters/Barber family, who first appeared in the show in 1991. The original members of the family are the Winters brothers Neil (Kristoff St. John) and Malcolm (Shemar Moore/Darius McCray).

The brothers were involved in romantic relationships with the Barber sisters Drucilla (Victoria Howell) and Olivia (Tonya Williams), and the two have grown and become an important part of various The Young and the Restless storylines.

Fan-favorite members of the Winters family

One of the most beloved Winters family members was Neil, played by Kristoff St. John.

As the show has progressed, new Winter have been introduced, creating new fan-favorite characters and stories. One of the reasons the Winters family is so beloved is the representation of African-Americans they portray on the show.

The soap opera genre is predominantly white, so a well-written and interesting family of characters like the Winters are a welcome sight. Fans have enjoyed seeing Neil and the other Winters so much, they have began voicing their hope that the family will become a more important part of The Young and the Restless when it resumes production.

RELATED: ‘The Young and the Restless’: Who Played Villain Sheila Carter and Where Is She Now?

After reliving their favorite moments, devoted The Young and the Restless fans have fallen in love with the Winters family all over again. This is especially true for Neil, who fans have been able to see in his prime once again during Winters Week.

Many fans have taken to social media to rejoice in seeing the Winters patriarch on the screen in the classic episodes during the week dedicated to his family. These favorite memories include the first appearances of Neil and Malcolm, as well as the emotional adoption of Devon Hamilton (Bryton James) by Neil and Drucilla.

The same fans have begun to call for the Winters to take a more central role in the soap once normal production begins again. The Winters characters that are still active in Genoa City include Devon, Moses Winters, Lily Winters-Ashby (Christel Khalil) among others.

These characters all could receive a more prominent storyline when the show returns to the air. It will be interesting to see if The Young and the Restless showrunners capitalize on the success of Winters Week and feature the family more prominently once the show begins filming again.