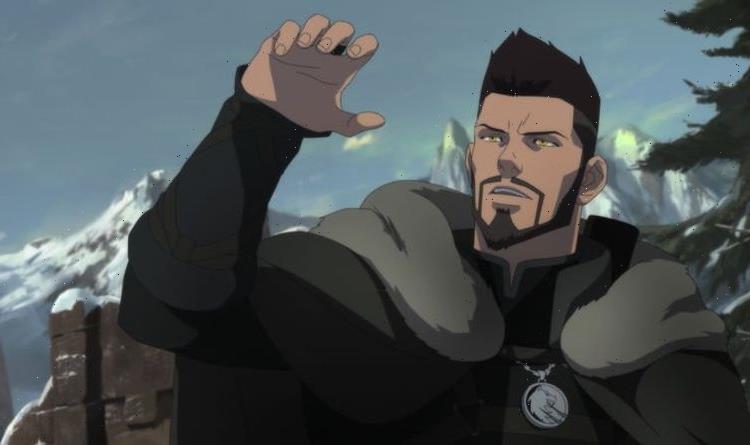 The Witcher: Nightmare of the Wolf trailer released by Netflix

A new film set in The Witcher universe is due out later this month as a spin-off to the Netflix show of the same name. The animated movie tells the untold story of Vesemir (Theo James) and the keep of Kaer Morhen. The latest trailer for the film reveals further details about Kaer Morhen, and reveals who exactly ransacked the settlement before Geralt of Rivia’s (Henry Cavill) time.

The trailer – which can be seen at the top of this article – shows Vesemir gathering up his Witcher friends to fight against an angry mob outside Kaer Morhen.

Kaer Morhen is so significant in the Witcher mythos as it is the stronghold in which children were taken to become the next generation of Witchers.

This ghastly process was done by carrying out genetic mutation and various experiments on the children, in turn prolonging their lives and making them stronger than average humans.

The trailer, which can be seen at the top of this article, shows Vesemir fighting against an angry mob, some of whom look like mages.

According to the Witcher Wikipedia, Kaer Morhen was sacked by “fanatics” long before the events of the books (or indeed the TV show).

The wiki reads: “Fanatics who considered witchers an abomination attacked the keep and killed most of the teachers and students, greatly reducing their numbers.”

This means the upcoming Netflix film will most likely delve into the history of the Witchers and reveal why they started to be killed off by humans.

Screenwriter for the film Beau DeMayo recently spoke about this event, saying: “When you look at Vesemir’s time in canon, and the novels, Vesemir is an active witcher before the fall of Kaer Morhen, which we don’t know much about at all, actually.” (Via CBR)

DeMayo went on: “And I think, one, just there were more witchers. And you could make witchers during his time. And I also think during Vesemir’s time as a witcher, there was more of [an] intersection between the court and witchers. In my mind, at least.

“And again, this is a very unexplored territory in both the canon, video games, books, and now the series, that I think it wasn’t as – there was a taboo nature to being a witcher, but I do think by Geralt’s time, that taboo has only increased.”

Going on to compare Geralt and his master, Vesemir, DeMayor added: “I think that’s probably the biggest difference I see between the two of them. Mostly just seems like lonelier work for Geralt, but that could also be just because of Geralt.”

The writer went on to speak candidly about writing for a story that has not yet existed in the Witcher canon.

DeMayo said: “I do come from a place where I do want fans to feel a part of the project. Like even looking at the teaser trailer, you can hear literal quotes from the novel being grafted in there and put into character’s mouths.

“That was very important to me, that this feels like something that is always bowing at the altar of what [author, Andrzej] Sapkowski created. So that’s always going to be a pride of place and on my mind.

“I can tell you though that I never really felt, at least with this project, that I was ever really stepping out of line with what I think fans would want.”

The Witcher: Nightmare of the Wolf hits Netflix on August 23.