The Walking Dead fans witnessed Carl Grimes (played by Chandler Riggs) evolve from the young son of Rick (Andrew Lincoln) and Lori Grimes (Sarah Wayne Callies) to a hardened and bullish warrior in the neverending battle against Walkers. Sadly for diehard TWD fans, however, the 21-year-old said his goodbyes to the AMC horror back in season eight after succumbing to a Walker bite while trying to save newcomer Siddiq (Avi Nash).

In heartbreaking scenes, Rick had to make the devastating decision to leave his son to take his own life.

Well aware of what would follow once he’d succumbed to the bite, Carl made the choice to take action.

Comforted by Michonne (Danai Gurira), Rick broke down as a gunshot fired by Carl could be heard, marking the end of his time on the show.

A rather definitive end to the character’s story has meant a return ever since has seemed off the cards. 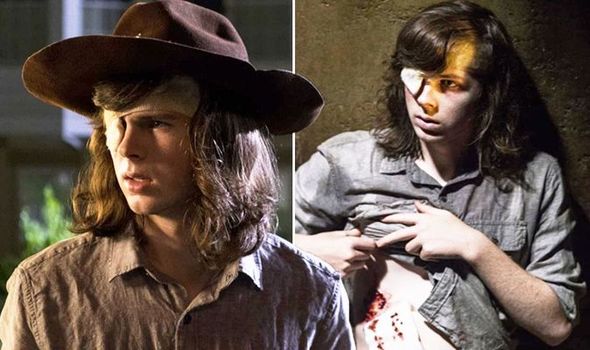 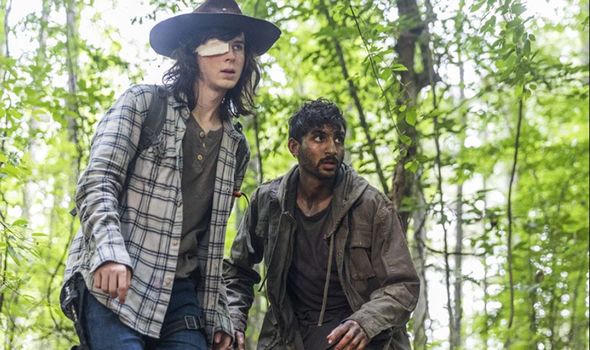 However, actor Riggs has now revealed it may not be as absurd as some The Walking Dead fans may think.

After all, the AMC series is no stranger to bringing back some of its biggest stars from what has seemed to be certain death, from Merle Dixon (Michael Rooker) to Morgan Jones (Lennie James).

Addressing whether or not he’d follow suit, Riggs revealed all to Let’s Stay Together [via comicbook.com].

“Absolutely, yeah. It’d be a lot of fun,” Riggs said when asked if he’d reprise the role. 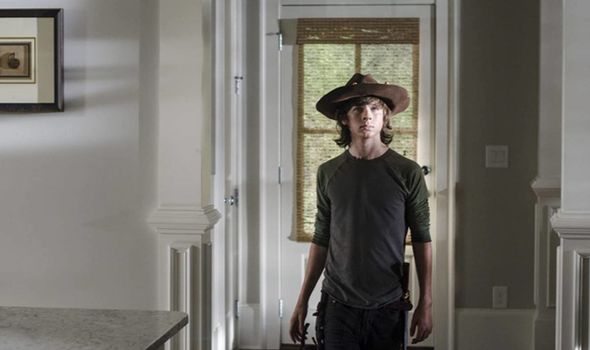 He added: “I don’t really see it happening in any current medium of the show,

“But maybe hopefully in something else. I don’t know, we’ll see.”

With The Walking Dead not the only show existing in the universe, another medium could hold the key.

Or could a reunion with Lincoln be on the cards in the series of movies based on the character?

Working with Lincoln is something Riggs has previously expressed interest in doing following his TWD exit.

He told TV Guide last year it would be “amazing” to join forces with the former TWD stalwart once more.

“It’d be so much fun to get to work with Andy again,” he said to the publication at the time. “That’d be great.”

While Carl’s future remains shrouded in mystery but yet still open to a comeback, one person who will definitely be back soon is Maggie (Lauren Cohan).

Maggie hasn’t been seen on The Walking Dead since bowing out alongside Rick midway through season nine.

However, her return was solidified when the promo for the delayed season 10 finale dropped earlier this year.

But what lies ahead for Maggie and the likes of Negan (Jeffrey Dean Morgan) and Carol (Melissa McBride) remains to be seen.

The Walking Dead season 10 finale airs on AMC on October 4 and FOX UK on October 5.