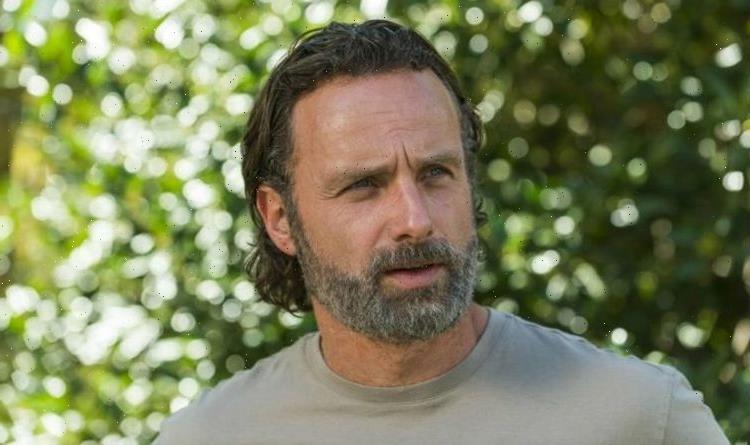 The Walking Dead is almost done and dusted with as there is just one last series to go before it’s all over. The AMC and Disney Plus apocalyptic show has been a hit for more than a decade with characters fans have followed to the ends of the Earth. Of course, who could forget Rick Grimes (played by Andrew Lincoln), the bravest of them all?

WARNING: This article contains spoilers from The Walking Dead.

Will Rick Grimes’ killer be introduced?

Rick was the leader of the survivors for the first nine seasons of the zombie drama.

Even though not everyone agreed with all of his decisions, he tried to do what he thought was best for everyone.

This remained to be the case right up until Rick’s death at the end of series nine.

The reason behind why he died in the show was also to do with protecting others.

READ MORE: Emmerdale’s Meena caught by David and Victoria as they set a trap?

An all-out war broke out with the Saviours as they disputed over whether or not to keep Negan (Jeffrey Dean Morgan) alive.

Rick knew this was going to result in the death of many of his friends and so had to step in.

With Michonne (Danai Gurira) and Daryl (Norman Reedus) looking over, Rick ignited a stick of dynamite to blow up the bridge which saved the rest of the group but presumably killed him in the blast.

But there was another ending for Rick in the comic book series of the same name.

In The Walking Dead comics, Governor Pamela Milton’s son Sebastian shot Rick several times in the chest while he was in bed.

This led to Rick turning into a walker that his own son Carl had to kill the following morning.

Sebastian murdered Rick as he was scared that he would take over as the leader of the Commonwealth after his mum was arrested for inciting war.

According to showrunner Angela Kang, the Governor’s son will be introduced in season 11.

AMC has announced that actor Michael James Shaw will be joining the cast as military commander Mercer and actress Laila Robins as Governor Pamela Milton.

While speaking to EW, Kang confirmed that her son is going to appear in the first eight episodes of the 24-episode season.

But with Rick already dead in the drama, what role will Sebastian play in the series?

The Walking Dead season 11 is going to be split into three lots of eight episodes.

The first episode is going to premiere this weekend on AMC for those living in America.

If you’re a UK fan of The Walking Dead, then you will be able to catch up on the same episode on Monday, August 23, on streaming service Disney Plus.

The Walking Dead season 11 will premiere on Sunday, August 22, on AMC.