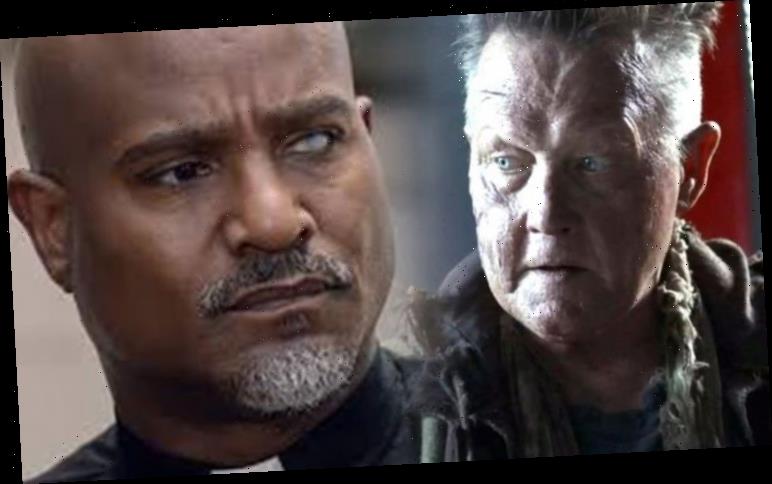 The Walking Dead season 10 is airing weekly on AMC and fans are now half-way through the six bonus episodes. The extra instalments have explored the backgrounds of some of the main characters, and episode 19 put Gabriel (played by Seth Gilliam) in the spotlight. Survivor Mays (Robert Patrick) was introduced but he quickly saw his demise, and Gilliam has explained all.

What made Gabriel kill Mays?

The Walking Dead season 10 has shown Father Gabriel in a different light as he has been forced to prioritise survival over faith.

In the latest episode, titled One More, he came across the mysterious survivor Mays during his search for food supplies.

Gabriel and Aaron (Ross Marquand) persuaded Mays to come back to Alexandria with them and integrate him into the community.

However, after assessing the situation, Gabriel decided Mays was more of a threat than a friend and decided to kill him.

He used Aaron’s spiked ‘prosthetic’ arm to kill Mays in a single blow, and fans were left gobsmacked. 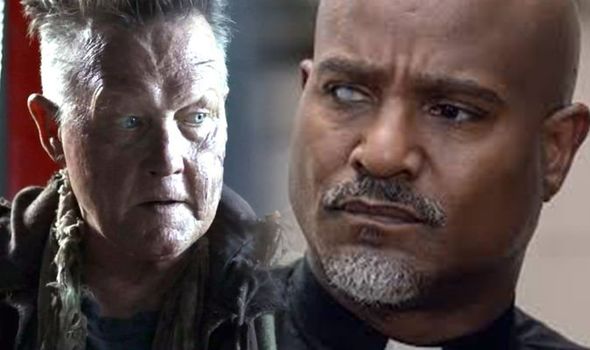 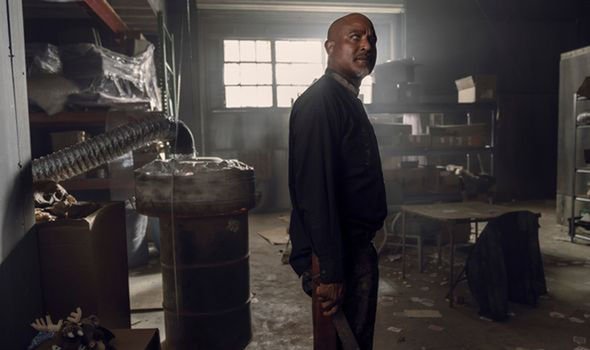 Father Gabriel has previously shown his darker side, but this time it appeared to come out of the blue.

Speaking to Entertainment Weekly, the star said having sized Mays up, he saw him as “more of a threat than someone who can be trusted”.

He did not want to introduce Mays to their secure community where vulnerable people could be exposed.

Gabriel, Aaron and Mays ended up playing a game of Russian Roulette, which made Gabriel question the new character’s motives.

The star added: “I think that just kind of capped it for him, that someone would do that to other people, put other people in that position, is beyond hope.” 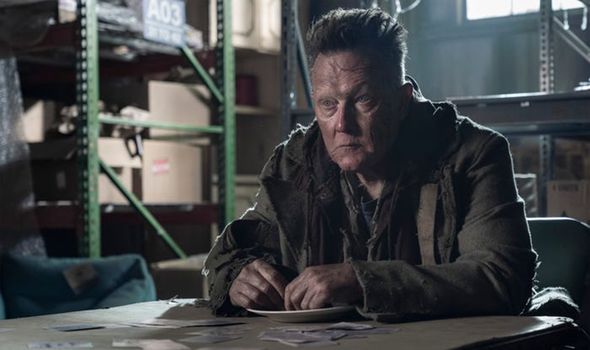 With Mays being the unhinged character he was, Gilliam believed Gabriel had made the right decision in killing him.

The fact there had been no hesitation had left fans in shock, and it marked the preacher’s second heartless kill.

His first murder was involving Dante (Juan Javier Cardenas) who had been deceiving his friend Siddiq (Avi Nash) all along.

Dante had been secretly working for the Whisperers and he killed Siddiq, which led Gabriel to avenge Siddiq’s death.

Even Aaron looked shocked to see Gabriel covered in blood after he killed Mays and it will take a lot for him to come back from the incident. 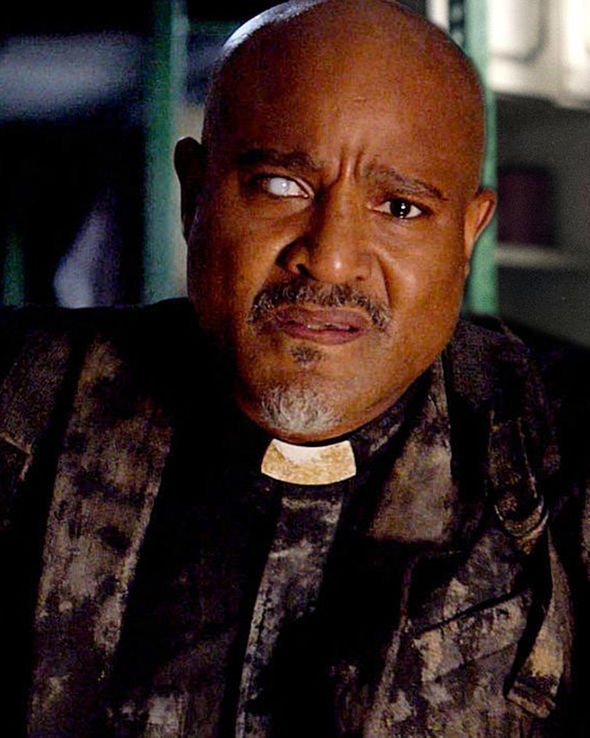 Gabriel’s actions are likely to make the rest of the survivors question what he is really capable of.

Fans took to Twitter to discuss the latest episode, with one saying: “Tonight’s new episode of The Walking Dead is definitely not what I was expecting with Gabriel but a very good episode though. #TheWalkingDead.”

Some viewers were angry to see the guest star die after such a short amount of screentime.

Mays actor Patrick is on Twitter and he thanked the creators of the series for including him in the story.

He said: “Thanks for having me @WalkingDead_AMC such a kick in the a** to work with Ross Marquand, Seth Gilliam, and Laura Belsey. Hope you enjoyed it!”

The star took part in an interview with Decider.com and he explained how he also played his scruffier twin in the series.

He said: “When we approached the appearance of the guy, he was supposed to be gaunt, obviously didn’t get to eat well and had been chained up on that wall for… How many years?

“We don’t know, a long time. But if you judge by the length of his hair, we wanted something really drastic like that.”

The Walking Dead season 10 airs on Sundays on AMC.