Emma Willis, 44, has become a pinnacle member of The Voice UK family since she took on hosting duties back in 2014. Therefore, she has overseen the singing competition on both the BBC and ITV, with the show moving over to the latter as of season six in 2016. Having been the main presenter for over six years now, some fans might think there could be a change on the horizon. In an exclusive interview with Express.co.uk, the series’ backstage reporter, AJ Odudu, 32, has revealed whether she would replace her co-star.

When the reality programme first aired on the BBC back in 2012, the show had two main presenters overseeing the various rounds.

This was documentary maker Reggie Yates, 36, and This Morning host Holly Willoughby, 39, who both stayed in the dual role for two years.

With Emma taking the reins from season three, she has been joined by a number of backstage reporters as well as overseeing the coming and going of several coaches.

Having seen so much change over the past six years and with the 10th season set to air next year, will The Voice be getting a new host? 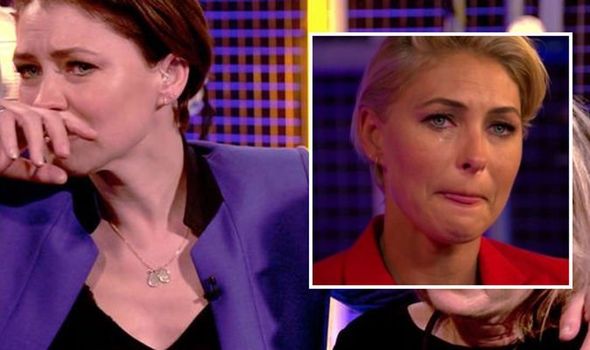 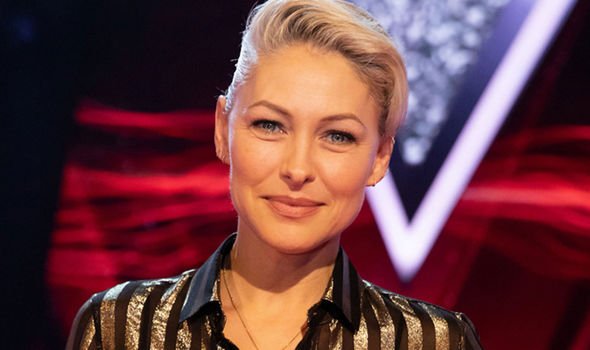 Since season eight, former Big Brother’s Bit On The Side presenter AJ has been providing the backstage intel for viewers.

Before them, Radio One DJ Cel Spellman, 24, and former JLS star Marvin Humes, 35, held the role alongside Emma.

Speaking with Express.co.uk, the presenter’s co-star explained whether she would be willing to step in and take the reins in the future. 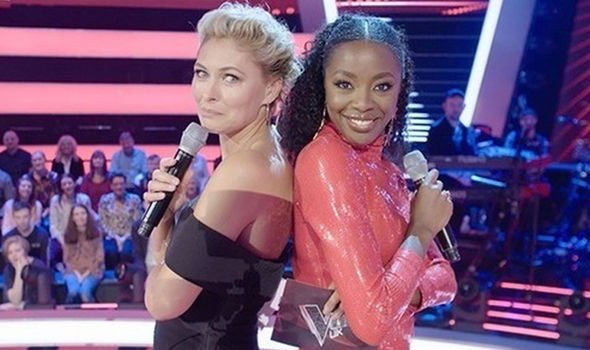 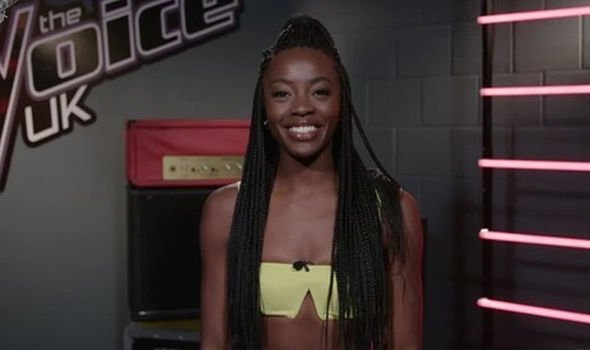 That’d be a real privilege

AJ began: “I really admire and respect Emma and everything that she does and if she was to pass on the baton to me, that’d be a real privilege.”

However, it seems a replacement for Emma isn’t on the agenda just yet, so it seems the host is here to stay.

“It’s certainly nothing that I’m thinking of at the moment because she is in her prime and she absolutely loves the show,” the backstage presenter continued.

“It’s one of her babies, so, it’s really good actually and she is part of the reason why I enjoy it so much because she’s been so welcoming, and so warm.”

“And as a result, all of the coaches and the rest of the team have really taken me under their wing as well,” she added.

Earlier this year, the ninth season of The Voice got underway, with the blind auditions, knockout and battle rounds all going ahead as they were pre-recorded.

Following the start of the coronavirus crisis in the UK, however, the live shows were postponed in line with Government advice.

This has left the current season’s future in the balance and on the news the programme had to be paused, AJ said: “It was heartbreaking, really.

“But I felt more sorry for the contestants who have been, not everyone sees, but we’ve been doing auditions since October last year.

“So, they’ve been working at it for the best part of a year and then the final, the one big moment they’re created then all gets pulled away.”

Explaining why it was the right reason to put the season on pause, AJ added: “I think it was just better that way, actually, in the long run, to keep the authenticity and integrity of the show to put everyone’s safety first.

“While there’s so much uncertainty surrounding it, we just couldn’t have done it.”

The Voice UK live finals are set to air on ITV later this year.