Meghan McCain starred in a heated moment with Whoopi Goldberg on The View on Monday morning. The tension was palpable at the “Hot Topics” table when the ladies took on the issue of impeachment. After being away for a couple of days, the Sister Act star had enough of the conservative co-host and shut her down completely. 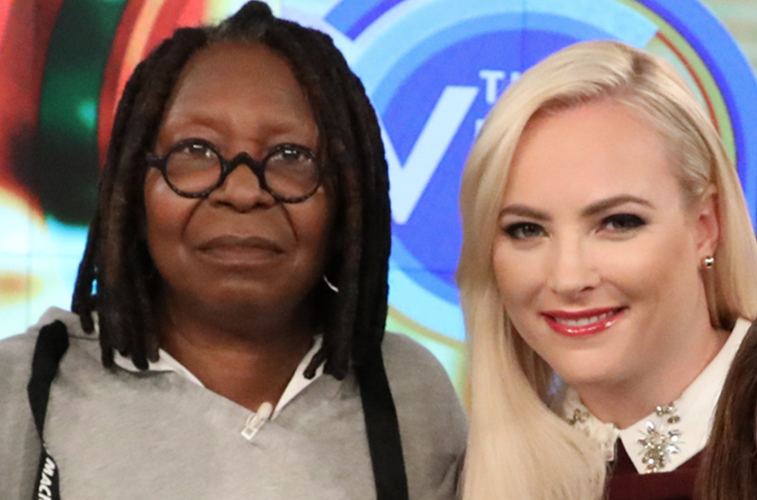 Sunny Hostin was noting the hypocrisy of the Republican-led Senate in refusing to take the impeachment proceedings seriously. McCain interjected reminding all of the viewers what her job on The View is.

“My job here is not to litigate the ethics of it. I’m an ABC political analyst along with being a View co-host, my job is to analyze the politics of it…,” McCain said.

When Hostin interrupted to clarify that she was not referring to McCain personally the latter said, “just let me finish. I let you talk, let me finish.”

As things were getting out of hand, Goldberg tried to resume order at the table but McCain talked over her with a snarky remark.

“Do you want to hear a conservative perspective on the show ever?” McCain snarked.

This is when Goldberg completely lost it and made her aware who the show’s moderator is.

“No problem,” McCain responded. “I won’t talk for the rest of the show.”

“I’m ok with that,” Goldberg added to audible gasps from the audience. “If you’re going to behave like this…”

“I’m not behaving like anything. I’m here to show a conservative perspective,” McCain responded.

To ease off the tension, Goldberg sent to a commercial break.

After the show, McCain took to Twitter to unload her frustration following the moment she had on TV.

“[Democrats] and [Republicans] alike need to confront the ugly truth: both parties are failing to be impartial jurors,” she wrote on Twitter. “I won’t be quiet, even if the reality reflects poorly on the entire political establishment. I have a responsibility to speak for the 50% that feels media doesn’t represent them.”

In a second tweet, McCain added, “Pointing out things that are true is part of my job even if it angers people and even if it’s politically inconvenient.”

“Pretending half of the country doesn’t exist won’t make them disappear,” McCain wrote in a third and final tweet. “The culture war is real and Americans who aren’t part of the overwhelmingly anti-conservative media deserve to have their views represented.”

McCain’s interactions on Twitter went off the roof as fans of The View replied to her tweets. Although the conservative co-host never mentioned Goldberg’s name, they were seemingly directed at her as she’s the one that didn’t allow her to continue speaking.

“Your ‘view’ does not anger many, even when they disagree with you,” a fan replied. “It’s your rudeness and complete disdain for others speaking. You interrupt and talk over everyone else. You act like your right to speak overrides all.”

“As a country, we are divided,” another fan added. “We need rational folks to debate issues and I prefer to listen to folks like Abby and Whoopi because they appear to be more rational. I can usually sense when Meghan’s going to have a bad day from the moment she walks out.”

“You just couldn’t help yourself after Whoopi shut you down,” a viewer pointed out. “You have no self-awareness. The GOP, especially McConnel, ignores the will of the people. The majority of us want Trump impeached and removed. Remind me again who acts like the opposing party doesn’t exist.”