The Vicar of Dibley starred Dawn French, Gary Waldhorn, James Fleet and Emma Chambers and ran from 1994 until 1998. Despite the show ending over more than two decades ago, the sitcom has remained hugely popular and is even returning for a 2020 Christmas Special. Where is The Vicar of Dibley filmed an where is set? Express.co.uk has everything you need to know.

Where is The Vicar of Dibley set?

The Vicar of Dibley follows the story of The Reverend Geraldine Granger (played by Dawn French).

The series is set in the fictional Oxfordshire village of Dibley, which has been assigned its first female vicar following the ordination of women by the Church of England in 1992.

Many of the characters, including Alice (Emma Chambers), Jim (Trevor Peacock) and Owen (Roger Lloyd-Pack) speak with West Country Accents in the series.

The Vicar of Dibley is one of the most successful British programmes in the digital era, winning multiple British Comedy Awards, including a Best TV Comedy Actress Award for Emma Chambers, two International Emmys, and was a multiple British Academy Television Awards nominee.

Sadly, The Vicar of Dibley came to an end in 1998 after two seasons.

Earlier this year, French reprised her role as Geraldine Granger for the BBC’s Big Night In, a night of entertainment to help raise funds for the charity sector during the current coronavirus outbreak. 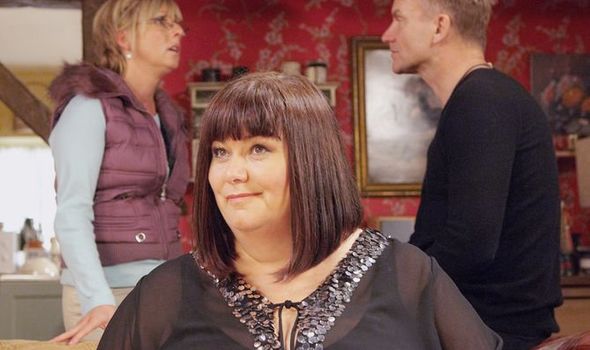 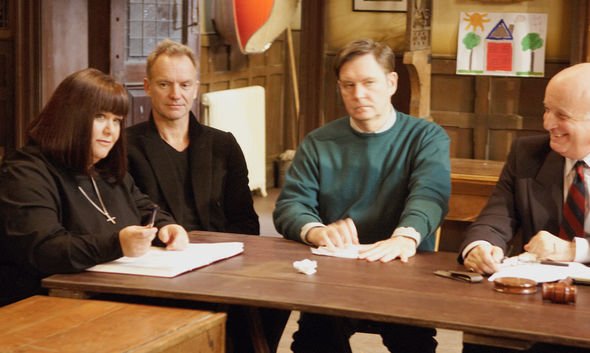 Where is The Vicar of Dibley filmed?

The Vicar of Dibley was filmed in the village of Turville in Buckinghamshire.

Turville residents will have recognised the village’s St Mary the Virgin Church which doubled as Dibley’s St Barnabus.

Other locations in Buckinghamshire were used for the series.

For example, the exterior of Hugo Horton’s manor house was shot in the village of Little Missenden, Buckinghamshire.

Locals may have also spotted the M40 motorway’s Stokenchurch Gap and the Chiltern Hills.

When is The Vicar of Dibley Christmas Special out?

Dawn French will reprise her role of Geraldine Granger this Christmas.

In a statement confirming the news, French said: “Back in the dog collar, back in Dibley and back on your telly at Xmas.

“I couldn’t be happier. Bless you.”

There will be three short episodes in total, approximately 10 minutes in length.

DON’T MISS…
Dawn French says she can’t wait to have grandchildren — exclusive  [EXCLUSIVE]
Dawn French shuts down Eamonn Holmes over Anton du Beke snub [INSIGHT]
The Trouble with Maggie Cole: Where is Thurlbury? Is it a real place? [LOCATION] 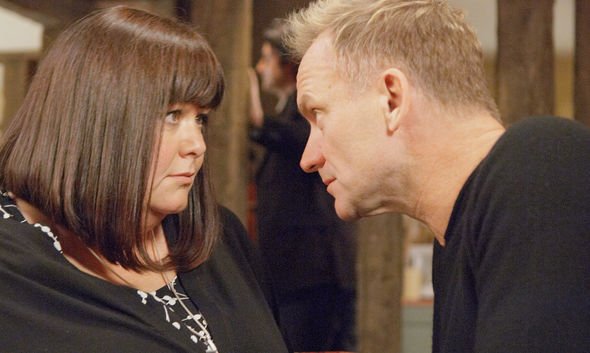 The instalments will air weekly and a 30-minute compilation episode of all three parts will air over the Christmas holidays.

Sadly, Emma Chambers who played Alice Tinker in the series died in 2018, aged 53.

Her legacy will continue on through the Christmas episodes, the BBC has confirmed.

An exact release date has not yet been confirmed by the BBC. Epxpress.co.uk will update this article when more information is available.

Creator Richard Curtis said: “Like every village in the country, there’s been a lot happening in Dibley this year – and Dawn has got a lot to say about it.”

The BBC said: “During lockdown, post lockdown and pre-another-lockdown, Geraldine has been writing and delivering monthly sermons to her parishioners via Zoom…when she can make it work.

“These new thoughts on life (and chocolate) will air after repeat showings of classic episodes of The Vicar Of Dibley, this Christmas on BBC One.”

Shane Allen, the controller of comedy commissioning for the BBC, said: “This triple festive treat from the nation’s favourite fun-loving vicar is the warm comedy hug we’ve all missed.”

The Vicar of Dibley is streaming on Netflix now