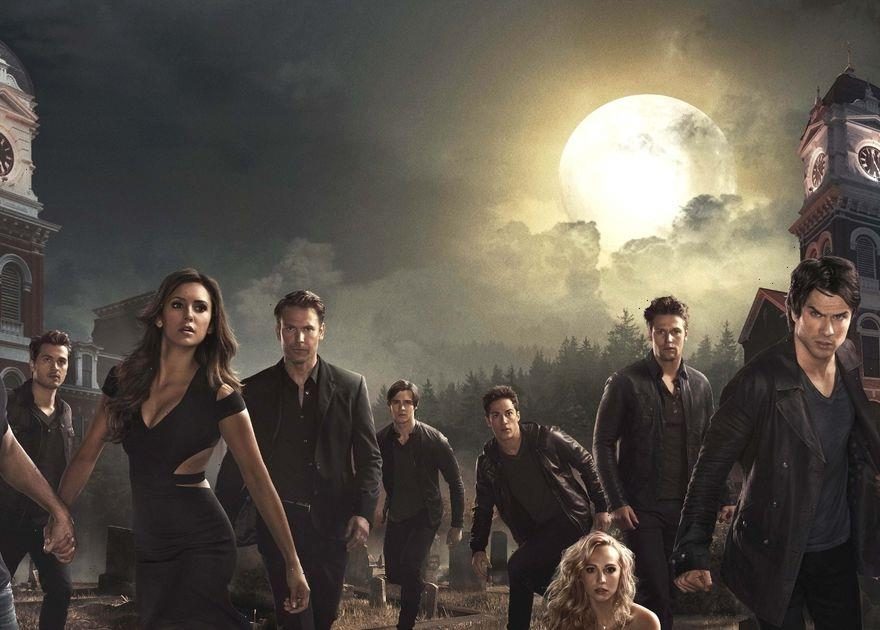 The Vampire Diaries is a cult classic.

The show ran from 2009 – 2017 and made household names of its stars Nina Dobrev, Ian Somerhalder and Paul Wesley after becoming an international smash hit.

Based on the L. J. Smith novel series, The Vampire Diaries was brought to television by the powerhouse production team of Kevin Williamson and Julie Plec.

Since leaving air, it has been succeeded by a number of spin-offs including The Originals and Legacies, which have remained loyal to the franchise's rich canon.

Daily Star takes a look at what the show's OG cast members are up to now.

Canadian actress Nina Dobrev got her start in TV by appearing in the Canadian teen drama, Degrassi.

It wasn't until gracing screens as Mystic falls teen Elena Gilbert on The Vampire Diaries that she achieved true stardom.

Additionally, she enjoyed a romance with her co-star and on-air love interest Ian Somerhalder – but their romance ended and he ultimately wed her pal Nikki Reed.

Their split and Ian's new romance came ahead of Nina's decision to leave the popular TV show, with Nina announcing her exit shortly after Ian and Nikki tied the knot.

Reports of a rift followed the split, particularly after the unexpected exit, though the trio have claimed there is no "bad blood".

Since leaving The Vampire Diaries, Nina has enjoyed a successful career across TV and film.

The actor enjoyed a rising profile in the early noughties after starring as Boone in Lost before his star turn as Stefan Salvatore's devious older sibling Damon.

Damon's arc was one of the most complex in the show's history, with the character winning over scores of admirers.

Since leaving the show, Ian has found love with the star of another popular vampire franchise.

The 43-year-old actor has been married to Twilight actress Nikki Reed for seven years.

In 2017, he became a proud father to the couple's child Bodhi Soleil Reed Somerhalder.

Acting-wise, Ian has been taking things pretty easy over recent years – though his recent attempt to launch a new vampire franchise met an unfortunate end.

Ian's long-anticipated return to television came in 2019 when he was cast as Luther Swann in V-Wars.

While proving popular with fans, the series was sadly cancelled after just one season.

The newly-human character sacrificed himself for the good of his loved ones at the show's end, breaking the hearts of fans.

It seems Paul also won the heart of his co-stars as he dated two of his Vampire Diaries co-stars during his time on the show.

Paul dated and later married Chicago Fire actress Torrey DeVitto – who played Meredith Fell on the vampire series until her exit in 2013.

The 39-year-old actor has since married Ines de Ramon, with the pair tying the knot in 2019.

Since The Vampire Diaries, Paul has starred in various TV and film roles and recently landed a huge role in a new Star Trek spin-off.

With Bonnie helping to save the day in the grand finale, her star was set to rise following the show's end and rise it did.

Landing a role opposite Divergent star Theo James and Oscar winner Forest Whitaker in Netflix movie How It Ends, Kat has also dove headfirst into a music career over recent years.

She will also soon star in Netflix's Love in the Villa opposite Tom Hopper.

Directed by Mark Steven Johnson, the film follows a recently single American woman who is forced to share her vacation villa with a cynical Brit after the venue is double-booked.

It will premiere on the streamer in September.

Candice King (née Accola) made a huge impact when she debuted as tough-as-nails cheerleader and Sheriff's daughter Caroline Forbes.

The actress was one of only a few cast members to appear in a recurring role in both Vampire Diaries spin-off shows, The Originals and Legacies.

She also recently starred in new teen hit After We Collided and is today, a married mother-of-two.

Candice tied the knot with her husband Joe King in 2014.

The couple have since welcomed children Florence May King and Josephine June King.

Speaking earlier this year, the now 34-year-old actress also revealed that she hated filming the death of her onscreen mother on the show.

"I really don't like it. The whole thing stresses me out. I won't sleep for a week if I know I have to cry. Even to this day I just don't like it."

Matt Davis has been hit with a sea of criticism since landing the role on The Vampire Diaries, with feuds taking place between the cast.

While he still has a role in the spin off Legacies, it seems his relationship with the rest of his co-stars has fizzled out.

In a Q&A on Instagram Paul revealed that Matt Davis had blocked him on Instagram after the pair had a Twitter spat during the 2020 vice presidential debate in the US.

Further hints of a feud took place when Charles Michael Davis, who plays Marcel in The Originals, was asked who he would kill from The Vampire Diaries or The Originals and he immediately responded: "Matt Davis."

Matt Davis has come under fire for his no-holds-barred comments in recent years.