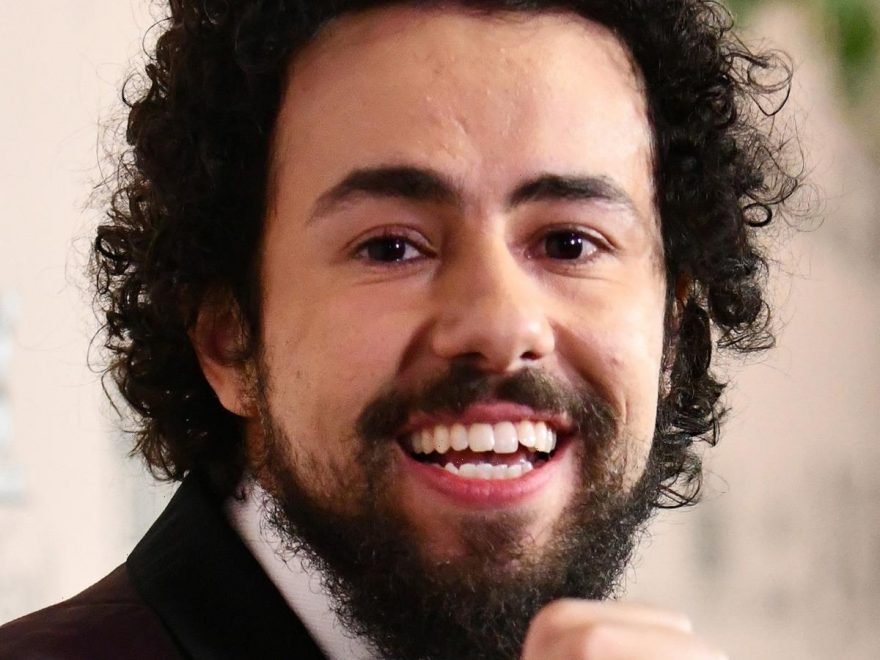 Explaining his art, comedy, and intentions to his audience and his critics is something Ramy Youssef has had to do, as he received two Emmy nominations in the direction and acting categories for his Hulu show “Ramy.”

The 30-year-old didn’t get the award at the virtually held show in September 2020, as “Schitt’s Creek” swept most of the awards in the comedy category. However, Youssef did not frown. Even though he is sparingly active on Twitter, he posted a short video of a person holding an award in a hazmat suit stepping away from his house after the results came in. “when you lose the emmy,” Youssef tweeted, sparking a series of comments from fans commending him for the great job that he did with his show.

Months later, in December 2020, he did win a Golden Globe for lead actor. Youssef’s usher toward awards and nominations — which is fueled by his ability to project what TV has avoided for long: allowing the audience to more than just “emotionally connect” — may leave one to wonder what drives his creative energy as an artist.

So, where does Youssef stand as he sketches out his show, which he’s eager to progress in upcoming seasons?

Ramy Youssef is all about making room for conversation

The idea of confronting conflicting religious beliefs in comedy or film can be challenging. After David Marchese asked Ramy Youssef in a May 2020 interview for The New York Times where his show’s success “presented any spiritual challenges,” Youssef said that things are more about making people have that conversation.

The fact that the show features a Muslim man exploring his religion and challenging such notions was enough to stir discourse in families that have otherwise been uncomfortable with talking about such things. As one of the minds behind the show, Youssef was aware of that.

“Making the show is a spiritual challenge. There’s so much tension around being Muslim, and I don’t want to abuse that tension,” he told Marchese, adding that some people can have conversations that they wouldn’t have if they hadn’t watched his show. “It hasn’t been this thing where it’s like: Man, I won a Golden Globe, and then I was at this party, and maybe I want to do coke now.”

“Ramy” has been quite opposite to “Schitt’s Creek” considering the nine-Emmy winning show walked out its users’ anxiety around whether larger questions around sexuality would pose a smirk on the moral of their favorite characters. “Schitt’s Creek” may have persevered in the face of realism, while “Ramy” indulged in it, making room for the conversation and stir that Youssef wanted.

Ramy Youssef is associating bigger names with his show

Ramy Youssef’s belief in his character makes him and the team spend more time creating the show. However, that does not mean that the show will be single-dimensional as it approaches more seasons.

The National reports that the upcoming seasons of “Ramy” will mark the return of two-time Oscar winner Mahershala Ali as Sheikh Ali. But there’s more — as one of the producers on the show, Youssef is open to the idea of casting more personalities. In his last interview with the publication, Youssef talked about approaching Lindsay Lohan as a guest actor. The Liverpool forward Mohamed Salah is also in the talks.

Even though more names would be welcome, Youssef’s focus at the moment is to develop his core characters. “We’re in the middle of writing and we’re really focusing on just how amazing the characters that we have built into our cast are,” he told The National.

Ramy Youssef doesn't want you to frown at the 'illogical'

Extreme is only a pretension for Ramy Youssef, and this means that his faith helps him with a healthy spiritual connection. “I know I have solace in spiritual connection. What a moment like this does is make your brain so loud. You could read every article. You could listen to every podcast. So in my spiritual practice it’s like, how do I get quiet? How do I get to a place where I can just turn that off and have faith? ” Youssef told The New York Times.

Youssef thinks that many things are “illogical,” and his faith might make sense in these times of peril, even though a lot of his friends are comics who don’t believe in God the way he does. “We’re dealing with a virus right now that completely turned the world around in a week, and we’re being led by a reality-TV-show star. So why couldn’t Moses part the sea? You’re telling me it’s that big of a jump?” he explained in the same interview.

Filtering through the Muslim and non-Muslim gaze

One of Ramy Youssef’s challenges comes with the challenge around portraying the Muslim experience to a non-Muslim audience. The award-winning actor believes that he does that through “genuine expression.”

“Genuine expression is being aware of who’s going to watch it,” Youssef said at a virtual event in April 2021, according to The Daily Northwestern. “I’m aware of the audience, and I know I want to communicate something through but the message … (and) how it’s shaped is very personal.”

Youssef also explained how he wanted to see a different kind of first-generation or second-generation immigrant story that felt more familiar with his own life, but this may not mean he is trying to disassociate from his culture and faith. “I’m trying to synthesize, I’m trying to figure out … how do you wear spirituality, and your lineage, and your tradition, and your beliefs that are always going to be a part of you in the contemporary moment,” he said during the event.

Ramy Youssef's conflict with capitalizing on his culture

For Ramy Youssef, money might come easy, considering how his show has soared to popularity. However, he is against the idea of making money off his own culture, and this was something he had figured a while ago.

Much before Youssef received two Emmy nominations, he admitted to NPR in a 2019 interview that even though comedy was a part of his career, he didn’t feel all too comfortable with it as it didn’t always abide by his spiritual understandings.

“I’m making this thing about being Muslim. And it’s part of my career, and I’m making money off of it. There’s this relationship that gets created now where I feel like I really have to be living at a higher level than my character is, you know, I – than my character in the show is, right?” Youssef explained. “I don’t want to be monetizing this thing that means something to me and then losing it, you know? So it’s something that kind of raises the bar for, you know, how I want to check myself,” he added.