Let’s be honest: we don’t watch 90 Day Fiance for the wholesome, family-friendly content. We’re all planted in front of our TVs–popcorn in one hand, Twitter in the other—for the same reason.

The TLC series and its many spinoffs have never failed to provide us with the drama we crave. Sure, there are heartfelt scenes, and we truly feel invested in our favorite couples.

But then someone drops the bomb: “I’ve been keeping a secret.” Jaws hit the floor. Eyes widen. And we are tuned in.

Some moments stand out more than others as purely unbelievable.

Let’s relive the craziest moments on 90 Day Fiance together, shall we? 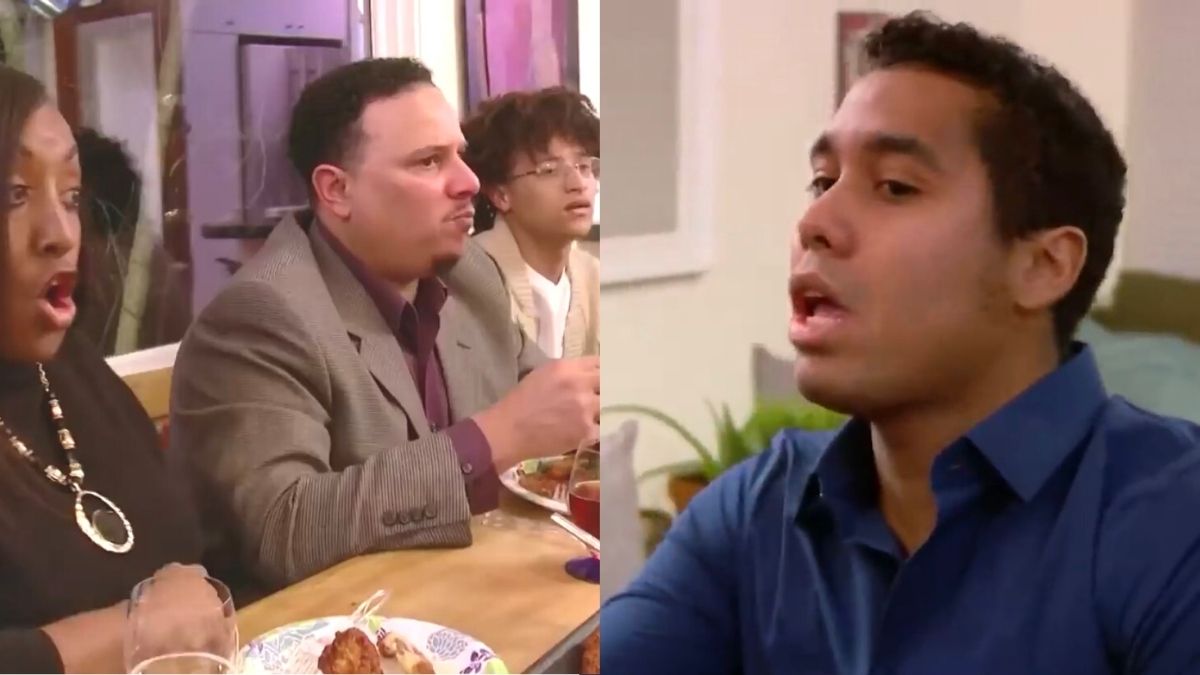 We first met Pedro and Chantel during Season 4. It’s no surprise they got their own spinoff because there’s just too much tea in this kettle for one series.

Pedro and Chantel have faced off against each other’s families repeatedly. (Anyone else remember the chicken feet incident? What about the taser?)

Everything came to a head when Chantel’s family hosted a dinner for the happy couple and Chantel’s sister-in-law, Nicole.

It didn’t take long before insults, fists, and literal food flew across that dining room. Needless to say, the meal ended rather abruptly after that.

Darcey, Jesse, and pretty much everything that transpired between them 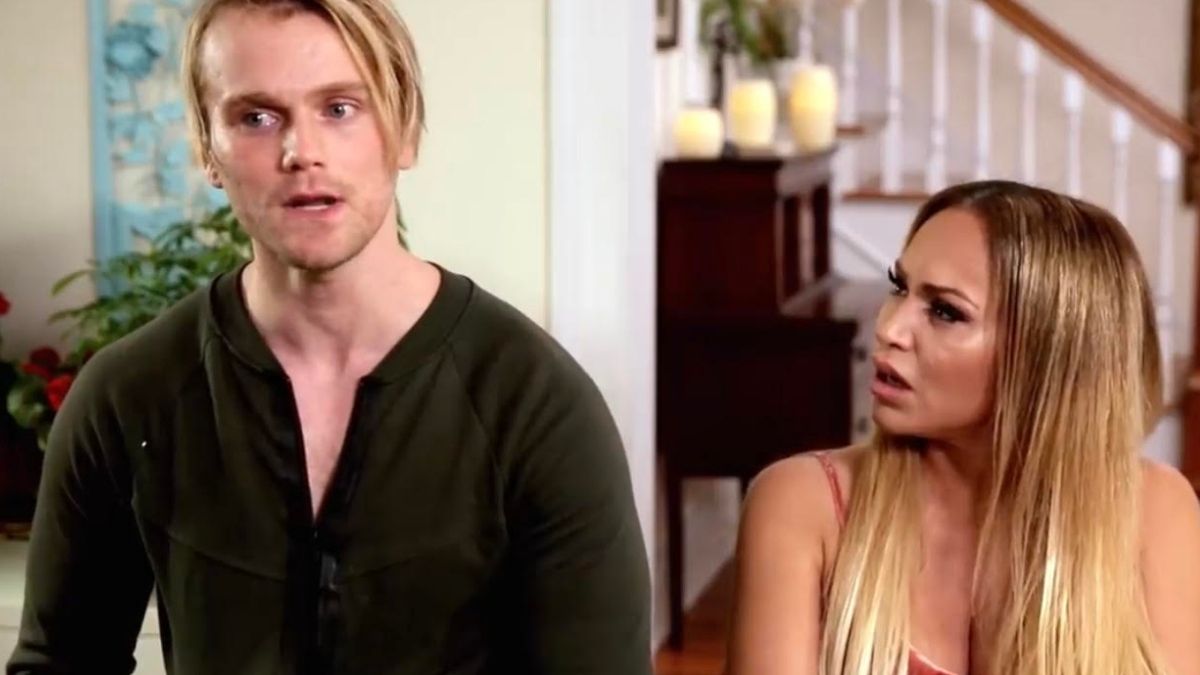 If you’ve watched even one Before the 90 Days episode with Darcey Silva, you’ve inevitably felt the urge to comfort her while asking how much water she drinks to keep those tears flowing so steadily.

Fans are still divided on Darcey’s sensitivity, but watching Jesse’s open disdain for his now-ex-girlfriend unfold on syndicated television was nothing but painful.

While Darcey and Jesse eventually called it quits, their knack for belittling and demeaning each other will live on in TLC infamy.

Jay, Ashley, and the bathroom scandal 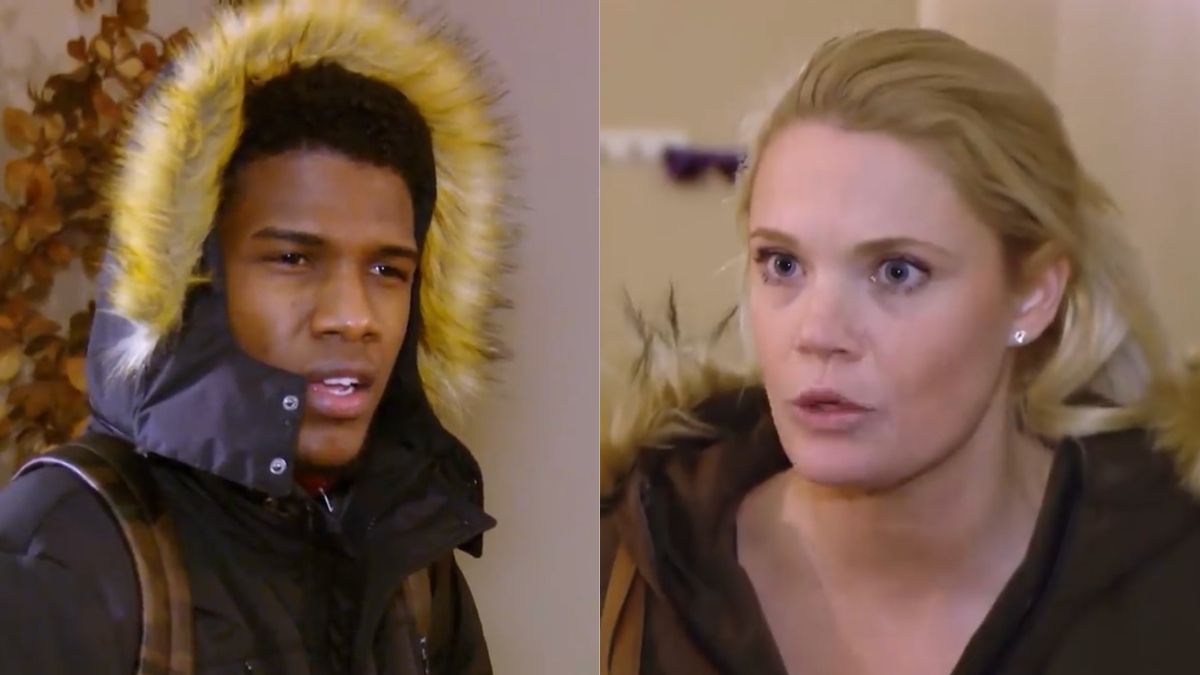 But if the dating app was a roadblock, what happened next was a washed-out highway.

After Jay hooked up with a client at work, Ashley pulled out all the stops.

She threatened deportation more than once and eventually did call the police on Jay, at the same time informing them of his immigration status.

While we can all relate to the pain of betrayal, it’s hard to sympathize with the harshness of Ashley’s actions, particularly considering how it could’ve impacted Jay’s safety.

Mohamed, Danielle, and the Tell All that told too much 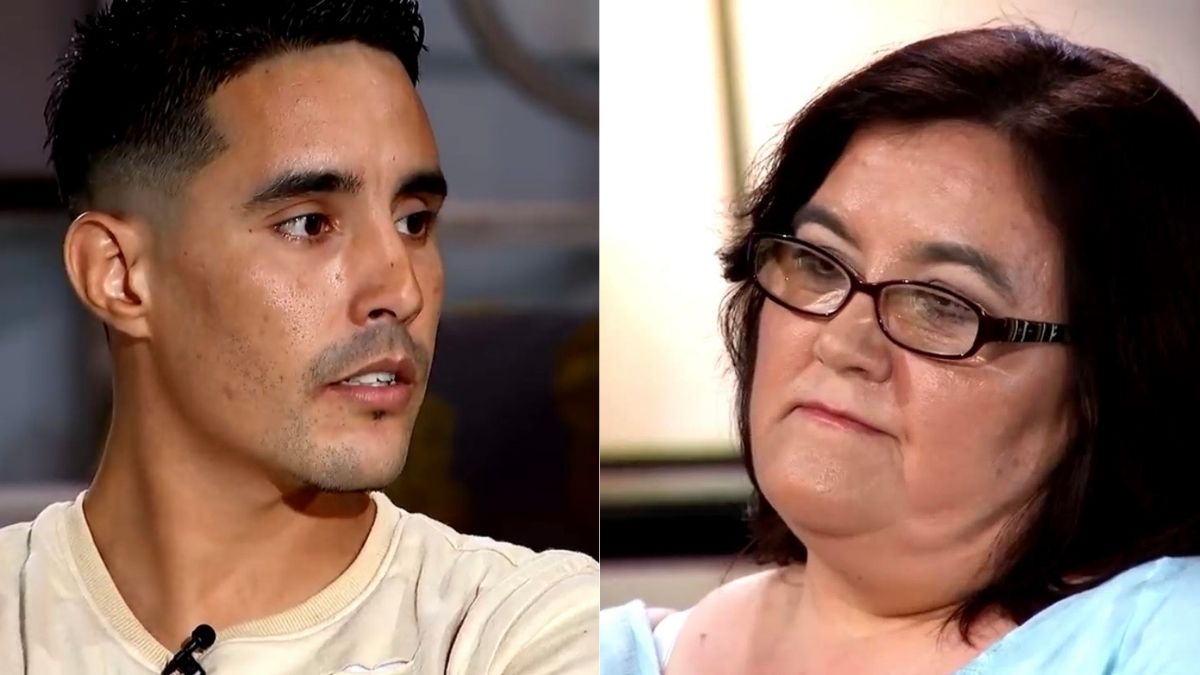 Watching replays of Danielle and Mohamed’s relationship is anxiety-inducing. Danielle seemed head-over-heels in love with Mohamed. Mohamed, on the other hand, did not reciprocate.

On one especially uncomfortable Tell All, Mohamed informed viewers of Danielle’s so-called “problem.”

No matter how you feel about the wild ride that was their relationship, Mohamed’s disclosure was a low blow.

Asuelu, Kalani, and the debate about a “woman’s job” 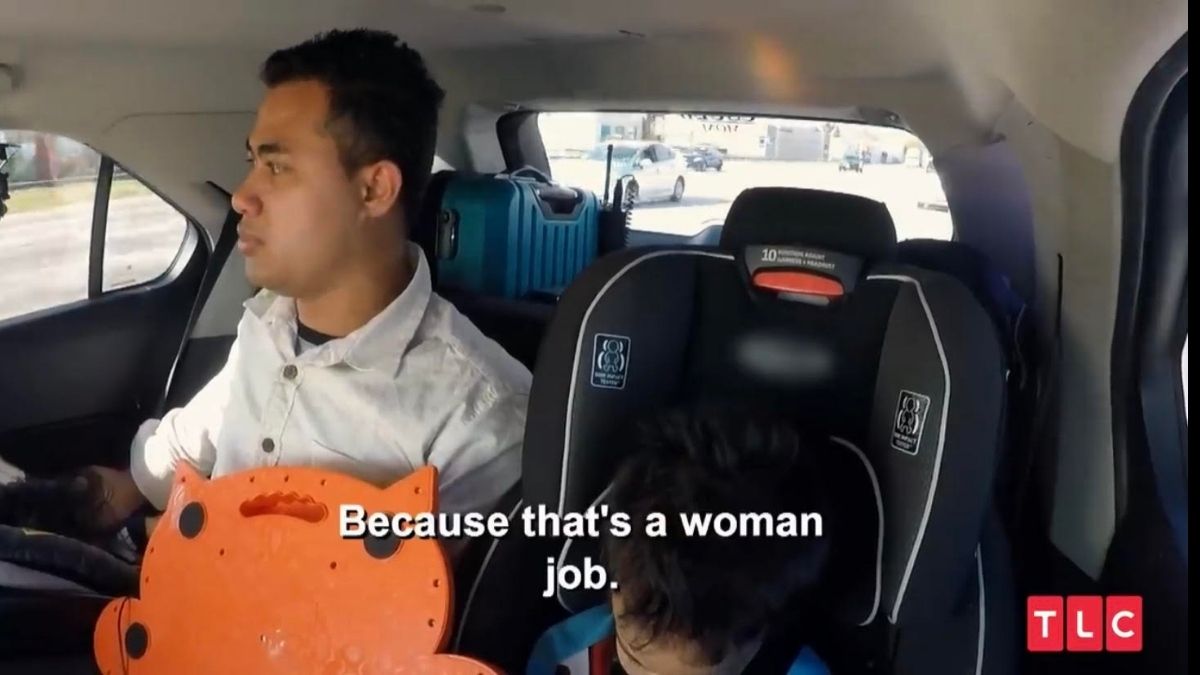 Kalani herself expressed doubts about Asuelu’s maturity before he even touched down in the U.S. of A.

After baby number two, the couple still struggled to balance household duties. Everything came to an ugly head when Asuelu downplayed the trials of motherhood. According to him, raising children is easy

As if that wasn’t enough, Asuelu called Kalani a “lying b**ch” with a “f**king annoying” voice.

We’re no relationship experts, but we’re pretty sure that’s unacceptable. 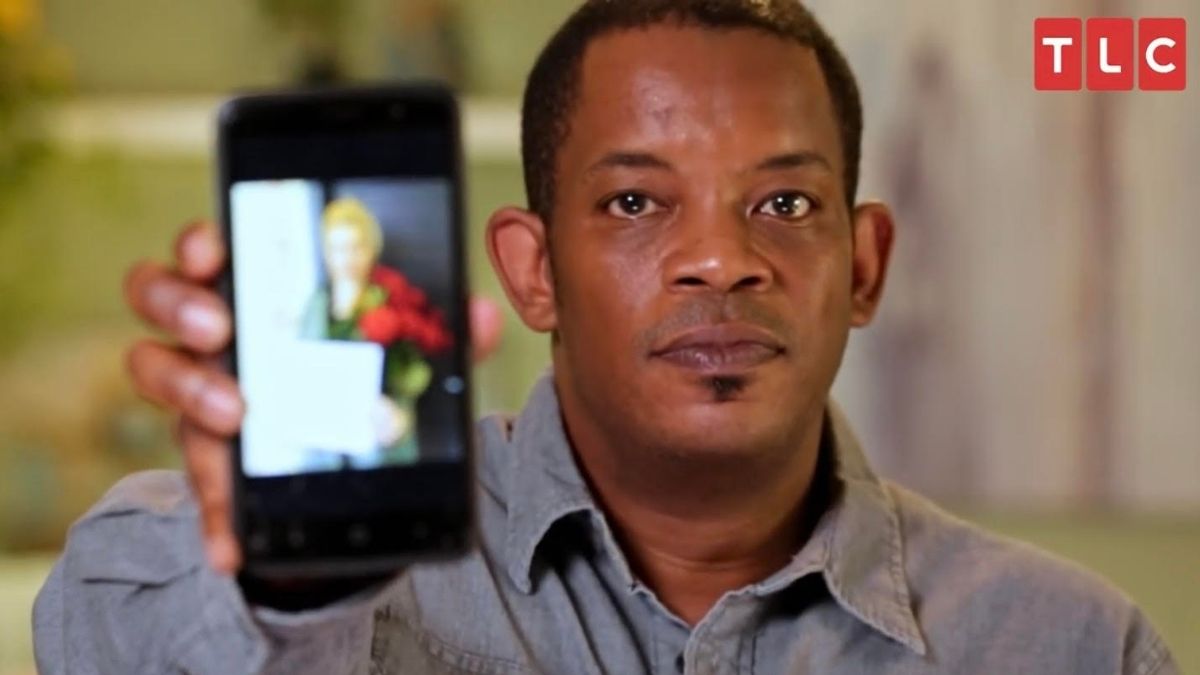 If Paul taught us about the importance of a perfectly-timed wardrobe choice, Caesar showed us how much money not to spend on a love interest we’ve never met.

90 Day Fiance fans everywhere shared in a collective gasp when Caesar revealed the dollar amount he invested into online girlfriend Maria. (He’s since changed the number from $40,000 to more than $90,000. Either way, all we can say is wow, dude!)

And if that wasn’t enough, it’s rumored that Maria later got involved with Jesse.

Yep, that Jesse. It’s safe to say that none of us saw that coming.

Avery, Tom, and yet another love triangle 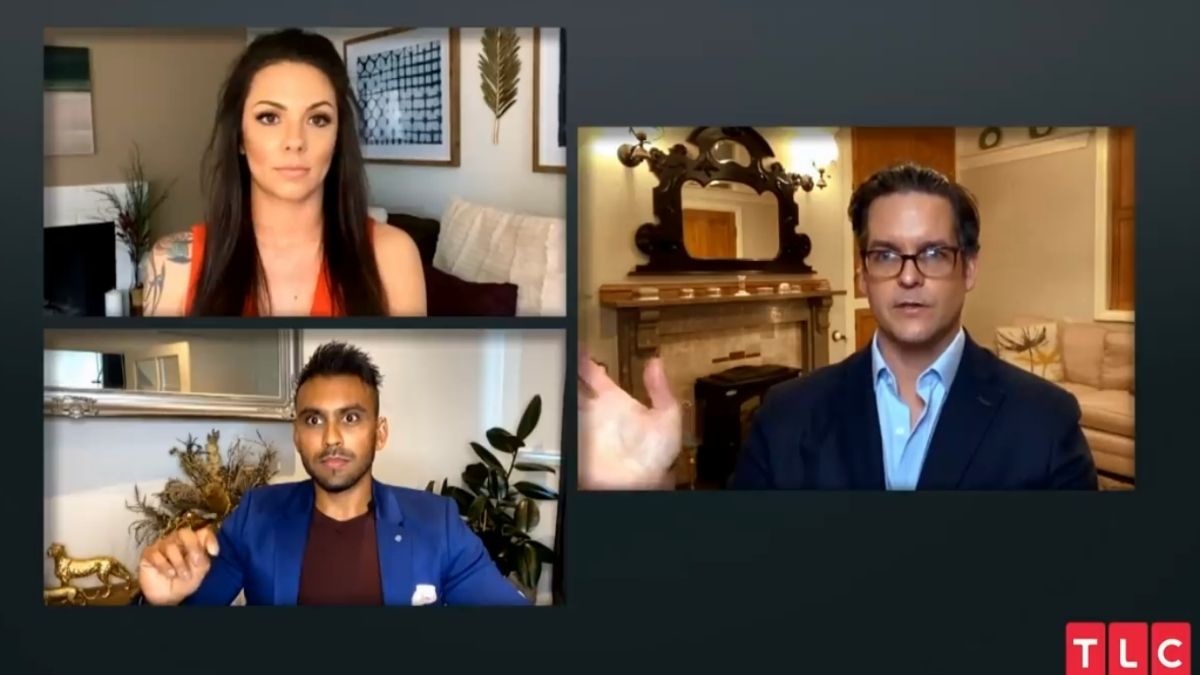 On the 90 Day Fiance: Before the 90 Days Season 4 Tell All, fans were treated to another truth bomb.

According to Avery Warner, Tom of Tom and Darcey fame tried to “slide into her Instagram DMs.” Avery also said that Tom sent a screenshot of their convo to ex-boyfriend Ash.

But that’s not all!

To make matters messier, Ash claims that Tom never sent a screenshot. Instead, it looks like Tom flat-out told Ash that Avery was interested in going out with the British stud (we use that term loosely).

And according to Ash, Tom didn’t even know that the pair had split when he took this bold step forward. 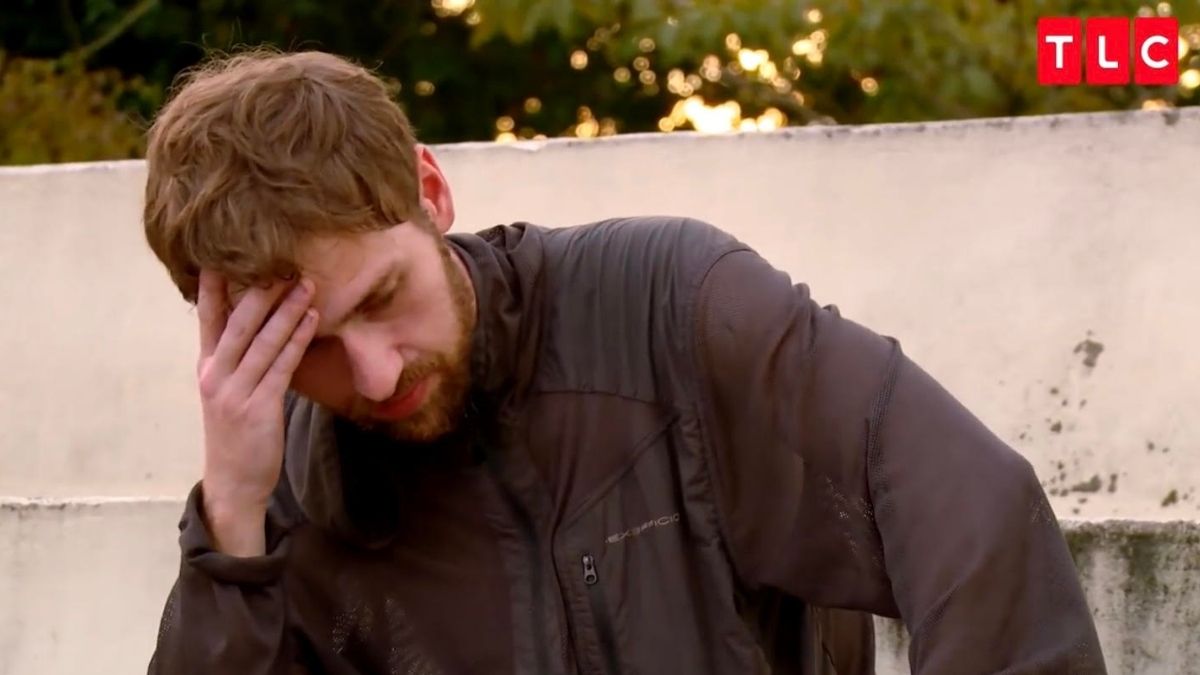 Paul and Karine provided 90 Day Fiance fans with social media fodder since the second we met them. Specifically, viewers have taken issue with Paul’s treatment of Karine.

Paul is best remembered for running away from confrontation. While we like the spirit of his philosophy, in practice, it’s a bit confusing.

During one of his visits to Brazil, Paul revealed to Karine that an ex-girlfriend took out a restraining order against him. He also told Karine about a previous arson charge.

Before Karine could process the shocking news, Paul took off into the woods. Thankfully, he was wearing a trash bag/mosquito net contraption, reminding us all of the value of planning ahead.

Steven, Olga, and all of his reactions post-baby 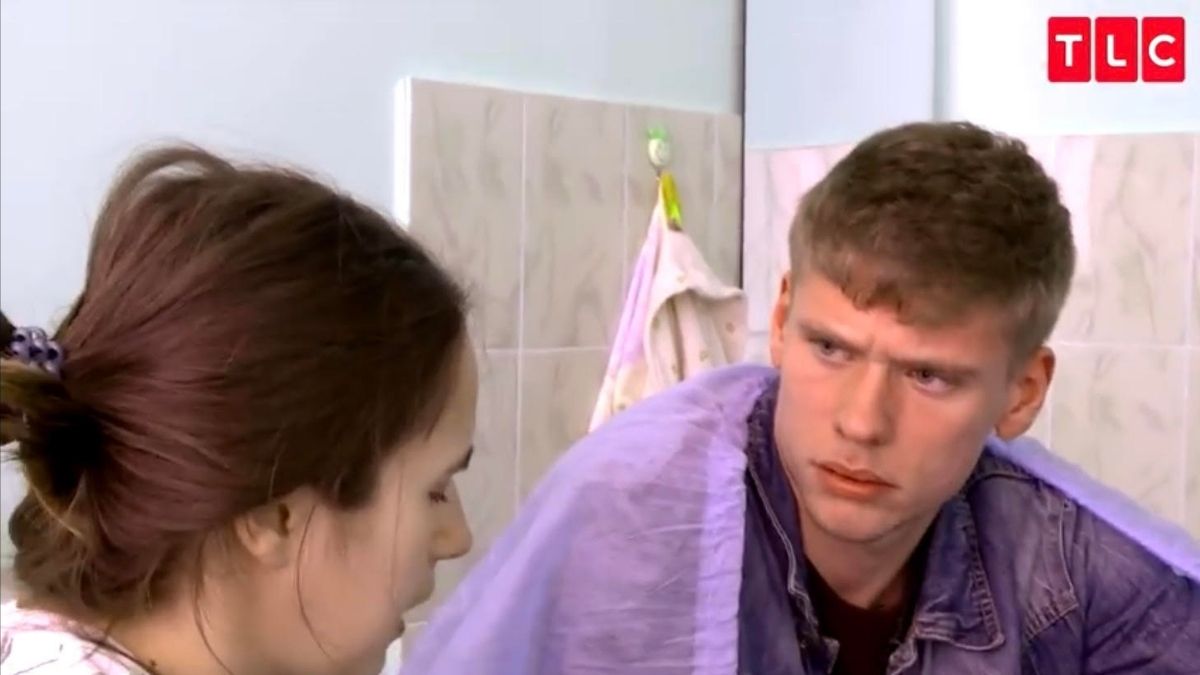 But Stephen did express a sincere desire for their relationship to be a healthy one, so it’s all good. (*eyeroll*)

Jorge, Anfisa, and the explosion 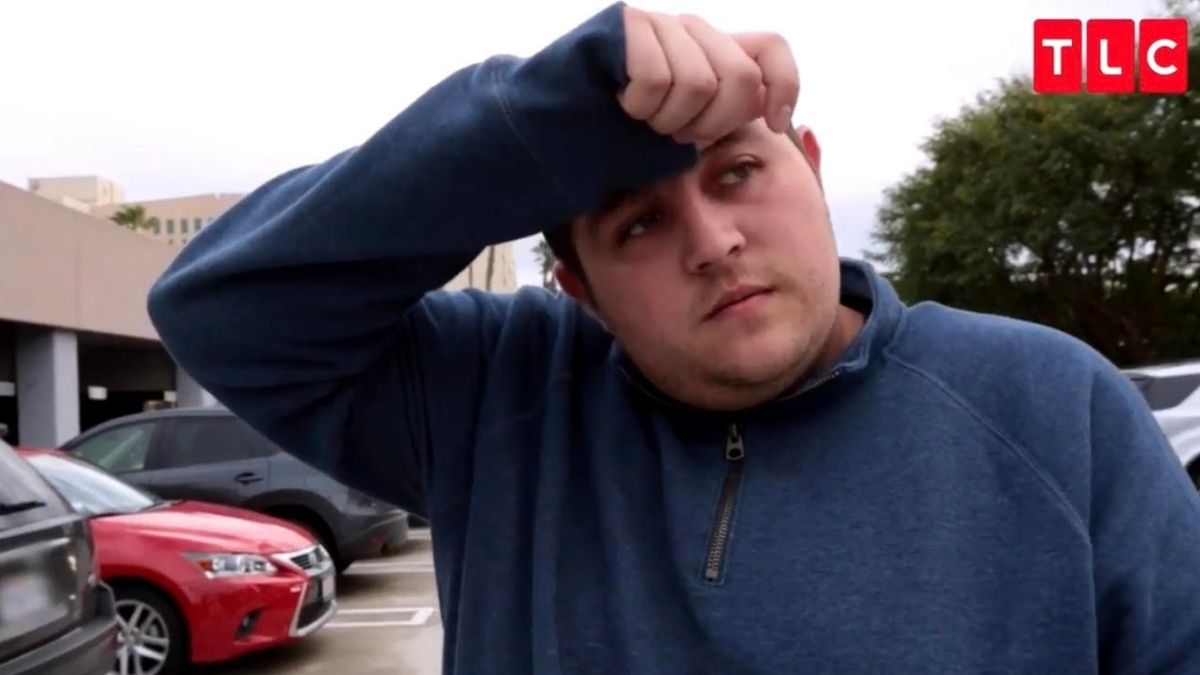 What we saw of Jorge and Anfisa’s relationship looked like pure chaos. The two frequently got into lovers’ spats about Jorge not obeying Anfisa’s wishes, but those quarrels were small potatoes compared to what happened next.

Jorge secretly snuck off to an attorney to discuss a postnuptial agreement, and Anfisa went full-on Anfisa like only Anfisa can. While anyone would be upset if their partner peaced out with no warning, the screaming match that ensued was a bit much.

After back-to-back phone calls and breaking the sound barrier, Anfisa’s behavior convinced Jorge to head home and smooth things over.

In a classic 90 Day Fiance plot twist, Anfisa had already packed his bags.