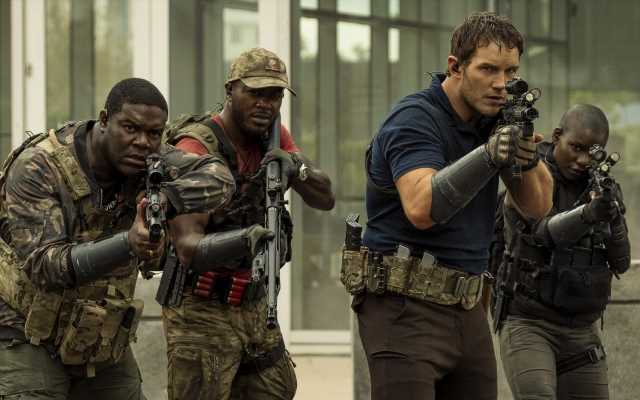 Skydance and Amazon Studios are reportedly already in discussions to develop a follow-up to the sci-fi movie, with Chris Pratt and director Chris McKay returning.

AceShowbiz -“The Tomorrow War” squad may face another day at the battlefield. In the wake of the warm reception that it has received from global audiences, a sequel for the movie is reportedly already being considered.

According to Deadline, Skydance and Amazon Studios are currently in discussions to develop “The Tomorrow War 2“. The plan is to bring back the whole creative gang both in front of and behind the camera. Director Chris McKay and screenwriter Zach Dean as well as stars Chris Pratt, Yvonne Strahovski, Betty Gilpin, Sam Richardson, Edwin Hodge and Oscar winner J.K. Simmons are expected to return for the potential sequel.

Paramount Pictures, which was initially attached to handle the theatrical distribution of the first film, will likely also be involved in the sequel.

“The Tomorrow War” follows a mix of present-day soldiers and civilians sent into the future to fight an alien army referred to as the “Whitespikes”. The sci-fi action pic received mixed reviews from critics, but is apparently loved by audiences worldwide.

Released on Amazon Prime Video in 240 countries on July 2, it is reported to have been watched by 2.41 million households from July 2-5, the most ever for an Amazon Original tracked by the service. It debuted at No. 1 across streaming platforms over the holiday weekend, per Screen Engine’s PostVOD, and ranks as the biggest live-action streaming movie of the summer.

Celebrating the feat, Pratt posted on Instagram earlier this week that the film broke records in its first 48 hours and “was the No 1 film in the world.” The 42-year-old bragged in the caption of his post along with a clip from the movie, “If you haven’t seen @thetomorrowwar I urge you to RUN to Amazon Prime Video!! Check out the number one film in America!”